The members of the Security Council condemned in the strongest terms the attack on a temporary operating base of the Multidimensional Integrated Stabilization Mission in the Central African Republic (MINUSCA) in Tagbara (prefecture of Ouaka) on 3 April 2018 by suspected anti-Balaka elements, which resulted in one Mauritanian peacekeeper killed and 11 other injured.

The members of the Security Council condemned in the strongest terms all attacks, provocations and incitement to violence against MINUSCA by armed groups and other perpetrators.

The members of the Security Council reiterated that attacks against peacekeepers may constitute war crimes and reminded all parties of their obligations under international humanitarian law. They called on the Government of the Central African Republic to swiftly investigate this attack and bring the perpetrators to justice.

The members of the Security Council expressed their deepest concern after that 21 civilians, including four children and four women, were found dead and 14 other injured on the same day in a separate location in Tagbara. They supported the investigation launched by MINUSCA in order to ascertain whether these civilian casualties are linked to the attack against MINUSCA.

The members of the Security Council reiterated their full support for MINUSCA and expressed their deep appreciation to MINUSCA’s troop- and police‑contributing countries.

Mozambique:EU to help army in fight against terrorists 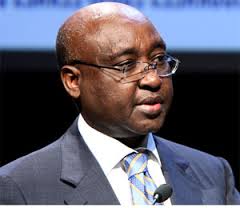