He also raised concerns about the situation of 56 detainees sentenced to death, including the case of a woman whose appeal for a presidential pardon was recently rejected

KHARTOUM, Sudan, April 24, 2018,-/African Media Agency (AMA)/-  The UN Independent Expert on Sudan expressed concern about reports that the security forces were using violence, intimidation and other forms of abuse to silence women across the country.
“These abuses are made worse in the wider context of gender inequality in Sudanese society and the legal framework that institutionalizes it,” Aristide Nononsi said at the end of a 10-day visit to the country.

He added that so-called public morality offences, such as those used against women deemed to be “indecently” dressed, along with the humiliation of corporal punishment, violated international human rights norms.

Nononsi reiterated his call for the Government to take effective measures, including reforming the country’s current legal framework, to address the serious institutional gaps in its security and justice system in order to promote respect for the rule of law and protection of human rights. He welcomed the appointment of the Chairperson, Deputy Chairperson and Commissioners of the Sudan National Human Rights Commission, which will enable it to function effectively

During his visit, the Independent Expert drew the attention of the authorities to the situation of detainees in the Shallah Federal Prison in North Darfur, making specific reference to the cases of 117 men and women currently held under emergency laws.

He also raised concerns about the situation of 56 detainees sentenced to death, including the case of a woman whose appeal for a presidential pardon was recently rejected.

“These individuals are at risk of being executed at any time. They need protection and international attention must be directed to addressing this issue as a matter of urgency. I would encourage the Government to halt all executions with a view to abolishing the death penalty,” said the Independent Expert.

He also deplored reports of human rights defenders, political activists and journalists being arrested and detained over protests in January and February 2018 in protest against austerity measures.

“I welcome the decision to release some of those who were arrested and I encourage the authorities to ensure everyone still arbitrarily detained is released, and also to undertake that no such detentions should happen in the future,” he added.

The Independent Expert will present his full findings to the Human Rights Council in Geneva in September 2018.

Ghana: On 20 April the United Kingdom concluded delivery of the Managing Defence in the Wider Security Context Course at 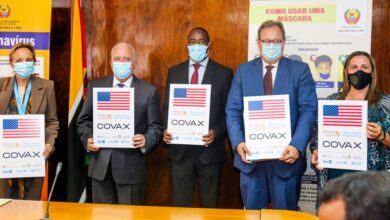