South Sudanese President Salva Kiir rejected calls from some opposition groups to resign as part of a deal to end the four-year civil war in the oil-producing African nation.

“They want me to sign the agreement and then step down immediately,” Kiir said Tuesday in the capital, Juba, at a gathering to mourn army chief James Ajongo, who died last week after a short illness. “What is my incentive in bringing peace if it is peace that I will bring and then I step aside? Nobody can do it.”
Eight of nine opposition and rebel groups that have been in stop-start talks with South Sudan’s government on April 14 issued a statement urging him to resign. “The people who are fighting with us have very unreasonable conditions to make peace,” Kiir said.

Conflict that erupted in December 2013 has claimed tens of thousands of lives, caused Africa’s largest refugee crisis and left parts of South Sudan on the brink of famine. A decline in crude production — the government’s almost sole source of revenue — and lower global oil prices have shattered the economy.

The eight organizations also called on Riek Machar, a former vice president and rebel leader commanding the ninth group, to hold no role in any transitional administration. Machar briefly returned as Kiir’s deputy in mid-2016 under a short-lived peace deal, before being forced to flee the country amid renewed violence.

Negotiations backed by other East African countries were due to resume in neighboring Ethiopia on April 26, but were last week postponed to a later date. Kiir, 66, has ruled South Sudan since independence from Sudan in July 2011. 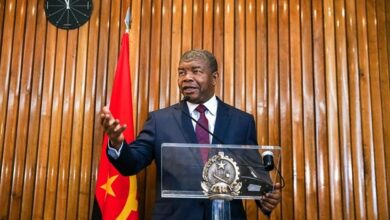