The man who’s awaken the world about Congo 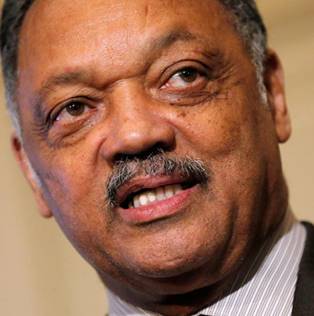 CHICAGO, United States of America, April 19, 2018/ — Finally, the world met in Geneva on Friday 13th of April to gather the necessary financing to bring relief aid to desperate people of DRCongo. And this, subsequently to the efforts of DRC’s -Prime Minister Samy Badibanga Ntita. It is the first time ever that the International Community met to pledge financing for humanitarian aid to a war-torn country, big as one fourth of the United States, with some of its people unfortunately living in hellish conditions.

The hundred million Congolese thought the international community had abandoned them to their fate, in a crisis hidden behind the horrific news from Yemen and Syria. The stakes are high, with almost two billion dollars needed, which tells how much this mega-crisis has been forgotten and underfinanced.

Behind the figures, it is about humanity. It is challenging our hearts and willingness to deliver solidarity on a global scale. This is the unbelievable story of fifteen million people whose villages have been burnt down, their hospitals, schools and livelihoods looted and destroyed. The Congolese people of Kivu, Kasaï, Tanganyika and other regions of DR Congo have been attacked by armed men, in some cases by the Government security forces. Five million of them have been forced to flee and hide in the forests, after witnessing and being subjected to brutal rapes and killings of men, women and their children; the weapons of choice being guns, gasoline and machetes. In Kasaï, Kivu and Ituri, heart bleeding testimonials of survivors describe a situation which looks like the broad day light slaughterhouse of human beings

As we’ve just lost Winnie Mandela, who successfully fought apartheid in South Africa, as an eternal contribution to the freedom of black people in Africa and worldwide, it is shocking and outrageous. And it is sad that 13 million people are left in great need for relief aid after suffering so much violence. Today indeed, the DRCongo is the most important challenge to human dignity and global solidarity in Africa, if not in the world. This is coming out as an embarrassment  to the  International  Community, when one  considers that the equivalent  of a  9/11 has  been happening daily, for more than ten years, a problem now being exacerbated in the regions of Kasaï, Kivu and Ituri.

We also remember our fellow compatriot Michael Sharp brutally killed and beheaded in Kasaï, central DR Congo, together with Zaida Catalan, during an investigation for the United Nations. We pray for them and for their families.

Though the United Nations signalled alert calls after summer 2017, little has happened since. Aid workers and NGOs are still left to make impossible choices with little food aid or healthcare. Sadly, information indicates that the Government is hindering aid delivery, claiming taxes on relief aid, and finally refused to participate to the Geneva Conference.

We owe this first ever International Conference for DR Congo people to a man from Congo himself, my friend Samy Badibanga, who embarked in November last year on convincing the United Nations, the European Union, and developed Nations around the world to organize an International Conference to gather 1,68 billion dollars to finance the humanitarian needs of the people of DR Congo. Samy has led this work with Cardinal Mosengwo and Reverend Bokundoa towards its completion and deserves high recognition for the good and hope he just brought to his people.

The world now sees and knows what is going on in the Congo, and the everyday life of millions of women, left alone to provide for their children, amid their villages being burnt down and their husbands slaughtered in front of them. I hereby applaud Samy’s decisive commitment, faith in God and humanity, his work and achievement with the Churches of Congo. We now pray for relief aid to rapidly bring food, schools, healthcare, shelter, protection and security.

At Rainbow Push (https://RainbowPush.org), we’ll now pray for hope and strength to fill the heart of our fellow humans in DR Congo. Faith without deeds is indeed a contradiction. God bless Samy, the Congo and the whole Africa.