The first Kenyan film to debut at the Cannes Film Festival has been banned in Kenya due to its lesbian storyline.

The film Rafiki, which means “friend” in Swahili, traces the love story between two young women.

KFCB warned that anyone found in possession of the film would be in breach of the law in Kenya, where gay sex is punishable by 14 years.

The film’s director Wanuri Kahiu told the BBC: “I really had hoped that the classification board would classify it as an 18. Because we feel the Kenyan audience is a mature, discerning enough audience.”

The film, which will be shown in Cannes next month, is adapted from the 2007 Caine Prize-winning short story, Jambula Tree, by Ugandan writer Monica Arac Nyeko.

It follows two close friends, Kena and Ziki, who eventually fall in love despite their families being on opposing sides of the political divide.

The ban has been criticised by the film’s supporters on social media, as well as Kenya’s National Gay and Lesbian Human Rights Commission (NGLHRC).

The commission used the hashtag, #KFCBbansLesbianFilm, in a tweet announcing the ban. The hashtag sparked a number of supportive tweets from Kenyans who criticised homosexuality.

In 2014, it banned the Oscar-winning film Wolf of Wall Street for its “extreme scenes of nudity, sex, debauchery, hedonism and cursing” and in 2016 it forced Coca-Cola to scrap a kissing scene in a television advert because it “violated family values”.

Ezekiel Mutua, head of the Kenya Film Classification Board, sees himself as the moral police of Kenya and compares himself to US civil rights activist Martin Luther King.

While the role of his government-funded body is to classify content and promote the film industry in Kenya, he draws his mandate from an outdated law that gives him vast powers to ban whatever he considers offensive or immoral.

He once asked Netflix to classify all its movies and TV shows to Kenyan standards before being allowed to operate in the country and has also lashed out at “gay” cartoons, lions and house parties.

Critics accuse Mr Mutua of censorship, which they say is virtually impossible in an era of the internet, instead of selling the country as a filming destination 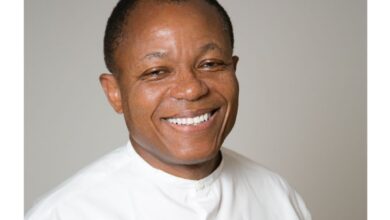