The parties engaged and made a serious effort towards a compromise

BERLIN, Germany, April 27, 2018,-/African Media Agency (AMA)/- Representatives of the Government of Sudan, the Justice and Equality Movement (JEM) and the Sudan Liberation Movement/Army (SLM/A) met in Berlin on 16/17 April 2018 to discuss a pre-negotiations agreement that would serve as a basis for the resumption of peace talks for the Darfur as part of the broader Sudan peace process. The event was hosted by the German Berghof Foundation. The AU/UN Joint Mediator and Joint Special Representative for Darfur, Germany and the United States served as facilitators. Norway and the United Kingdom were present as observers.
The parties engaged and made a serious effort towards a compromise. However, while the parties made progress, they did not reach an agreement in their second Berlin meeting. The facilitators will consider options for further progress together with the parties, partners and interested international actors. We call on the parties to continue to adhere to their pledges to cease hostilities and to remain engaged with the Joint Chief Mediator in order to find a solution to the outstanding issues and enter into formal talks. 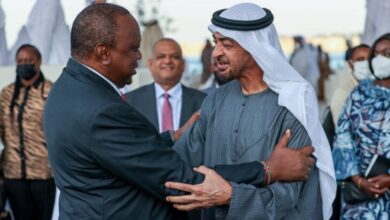