Upon approval, drawings of SDR 3.028 million (about US$4.4 million) would become available to Guinea-Bissau

An International Monetary Fund (IMF) team led by Tobias Rasmussen visited Guinea-Bissau from March 21 to April 3, 2018, to conduct discussions on the fifth review of Guinea-Bissau’s IMF-supported program under the Extended Credit Facility (ECF) [1] and on the authorities’ request for one-year extension of the arrangement. Discussions focused on maintaining fiscal discipline and mobilizing revenue to enable increased investment and other priority spending to support inclusive growth; maintaining debt sustainability; and safeguarding financial sector stability.

At the end of the visit, Mr. Rasmussen issued the following statement:

“The IMF team reached a staff-level agreement with the authorities on the economic policies needed to complete the fifth review of the ECF and to extend the arrangement. To support continuity in the face of the upcoming election period and to fill an emerging balance of payments gap, the authorities have requested a one-year extension of the ECF arrangement. The staff-level agreement is subject to approval by the IMF Executive Board, which is slated to consider the staff report for the fifth ECF review and program extension in early June 2018. Upon approval, drawings of SDR 3.028 million (about US$4.4 million) would become available to Guinea-Bissau.

“Program implementation has been satisfactory. All quantitative performance criteria and indicative targets for the fifth review were met, and structural reforms are advancing albeit with some delay in places. The mission welcomed the authorities’ continued commitment to the program and its objectives of entrenching macroeconomic stability and advancing structural reforms to support strong and broad-based economic growth.

“Economic activity has remained buoyant, supported by high cashew prices, increased investment, and prudent economic management. Real GDP growth for 2017 is estimated at 5.9 percent, with inflation averaging 1.1 percent and an external current account deficit of 0.5 percent of GDP. Moreover, as government revenue grew strongly and expenditure was contained, the overall fiscal deficit on commitment basis narrowed sharply from 4.7 percent of GDP in 2016 to 1.5 percent in 2017. Credit extension has, however, been subdued, with continued high levels of non-performing loans and lingering challenges from the voided bank bailout of 2015.

“The economic outlook is broadly positive. A planned scaling up of public investment should help address gaps in critical infrastructure, including in electricity provision. At the same time Guinea-Bissau’s terms of trade have deteriorated, with higher prices of oil imports and prospects for cashew exports looking less favorable than last year. Moreover, heightened political tensions since the fall of government in January, should they persist, would hamper policy implementation and dent the business climate.

“To help ensure continuation of the positive economic trends it will be important to extend progress made in disciplined economic management. The scaling up of investment will require close coordination among agencies involved and better integration into budget processes. Maintaining a sound financial sector in light of the high level of non-performing loans calls for a strengthening of banking supervision and enforcement of prudential norms. Finally, promoting private sector development, calls for more stable, transparent, and market-driven policies towards business, especially in the dominant cashew sector.”

The IMF mission wishes to express its gratitude to the authorities for the constructive discussions and for their warm hospitality.

[1] The ECF is a lending arrangement that provides sustained program engagement over the medium to long-term in case of protracted balance of payments problems. The three-year arrangement for Guinea-Bissau, in an amount equivalent to SDR 17.04 million (about US$23.5 million, or 60 percent of quota) was approved on July 10, 2015. 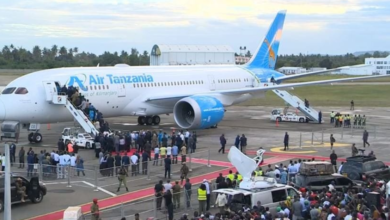 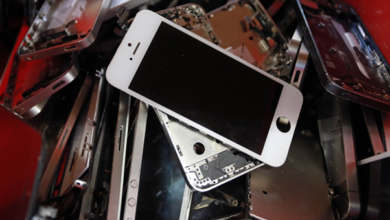