President of the Republic of Ghana Nana Addo Dankwa Akufo-Addo has told investors and business leaders from the UK that Ghana is the ideal place in the West African region to invest and conduct business.

“Ghana is a haven of peace, security and stability, a country where the principles of democratic accountability are now firmly entrenched in its body politic, and where the separation of powers is real, to promote accountable governance.” The Ghanaian Head of State said.

Delivering the keynote address at the 2nd edition of the UK-Ghana Investment Summit, organized by the UK-Ghana Chamber of Commerce, President Akufo-Addo told the gathering that his government is keen on establishing a business-friendly economy to attract foreign direct investments to exploit Ghana’s great potential on mutually satisfactory terms.

Stressing that investments are protected in fact and in law in Ghana, the President assured that “the rule of law in Ghana is not a slogan, but an operating principle of state development. We want to participate in the global market place, not on the basis of the exports of raw materials, but on the basis of things we make.”

The President continued, “We want to bring greater dignity to the lives of millions of people in Ghana. We want to build a Ghana Beyond Aid. I believe very strongly that Ghana is on the cusp of a new, bold beginning, which will repudiate the recent culture of failure.”

President Akufo-Addo indicated that his Government is of the firm conviction that the role of the private sector in the development of our national economy is crucial, adding that “it is the very essence of our economic philosophy, and has been so for 70 odd years.”

In furtherance of this, he stated that over the past 15 months in office, his administration has set about putting in place the measures needed to reduce the cost of doing business and improve the business environment in Ghana.

The President noted that “our actions have resulted in the growing stability of the macro-economy and the cedi, reduction in inflation, and an abolition of nuisance taxes whose aim is to shift the focus of the economy from taxation to production.”

The President stressed that “as a result of appropriate policy, and the normalisation of the power situation in Ghana, these interventions have also led to the revival of Ghanaian industry, from a growth rate of negative 0.5% in 2016 to 17.7% in 2017. Interest rates are declining, and we are now witnessing a more stable cedi, our national currency. Our macro-economy is growing stronger.”

At the same time, President Akufo-Addo told the gathering that Government has implemented specific measures which are leading Ghana and her economy into the new digital age.

These, he said, include the introduction of an e-business registration system, a paperless port clearance system, a digital addressing system, a mobile interoperability system, and a national identification card system, all of which are designed to formalise the Ghanaian economy, reduce the cost of doing business, and facilitate interaction between businesses and their clients, particularly in a technology-driven era, where connectivity through digital services is an important element in achieving competitiveness.

A key challenge of Ghana’s economy, like many other economies in Africa, the President said, is its infrastructural deficit.

He told the gathering that Ghana is embarking on an aggressive public-private-partnership programme to attract investment in the development of both the country’s road and railway infrastructure.

“We are hopeful that, with solid private sector participation, we can develop a modern railway network with strong production centre linkages and with the potential to connect us to our neighbours to the north, i.e. Burkina Faso, to the west, i.e. Cote d’Ivoire, and to the east, i.e. Togo. We believe that this is an area where British technology and expertise would be very welcome,” he said.
He added that “there are several projects in roads, water transport, industry, manufacturing, agriculture, petroleum and gas, renewable energy, the exploitation of our mineral wealth of bauxite, iron ore and gold, and the ICT sector, amongst others, which are being structured to attract private sector financing.” 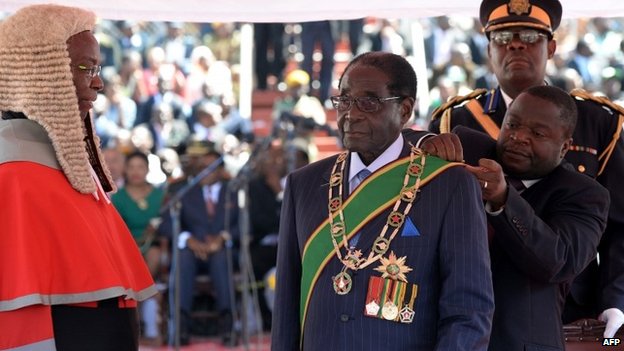