Albert Yuma Mulumbi says it was about time for Congolese to get a fair deal for its resources. The Board Chairman of the Congolese state mining company Gecamines was speaking in an interview in Washington, DC, where he was on a mission to market the new mining code that is saluted by Congolese, but scorned by foreign mining companies doing business in the country.

Yuma who had a presentation at the Atlantic Council, and met with Congressmen, and Senators on Capitol Hill, said Congolese were in full support of the mining deal. The civil society has been a leading proponent of reforms in the mining sector. Mining companies crying foul are doing so in bad faith, Albert Yuma said. For years some of them operated without paying taxes, or not paying what was expected of them. Some of them  declared losses year in year out, but if business is that bad for them, what is keeping them in the D.R.Congo , Yuma lashed?

On the content of the mining code, Albert Yuma says it plugs in the loopholes in 2002 code that made it so easy for companies to rake in all the profits for themselves while the D.R.Congo got little or nothing. With the new code, Yuma said companies will not be able to skip taxes, the D.R.Congo will have a stake in all super profits, and after about three to five years of business, companies will be expected to build a state of the art office in the locality where they do business, Albert Yuma charged. If the companies can build good office in other parts of the world they do business in, there is no reason why they should not do same in the D.R.Congo, Albert Yuma said. 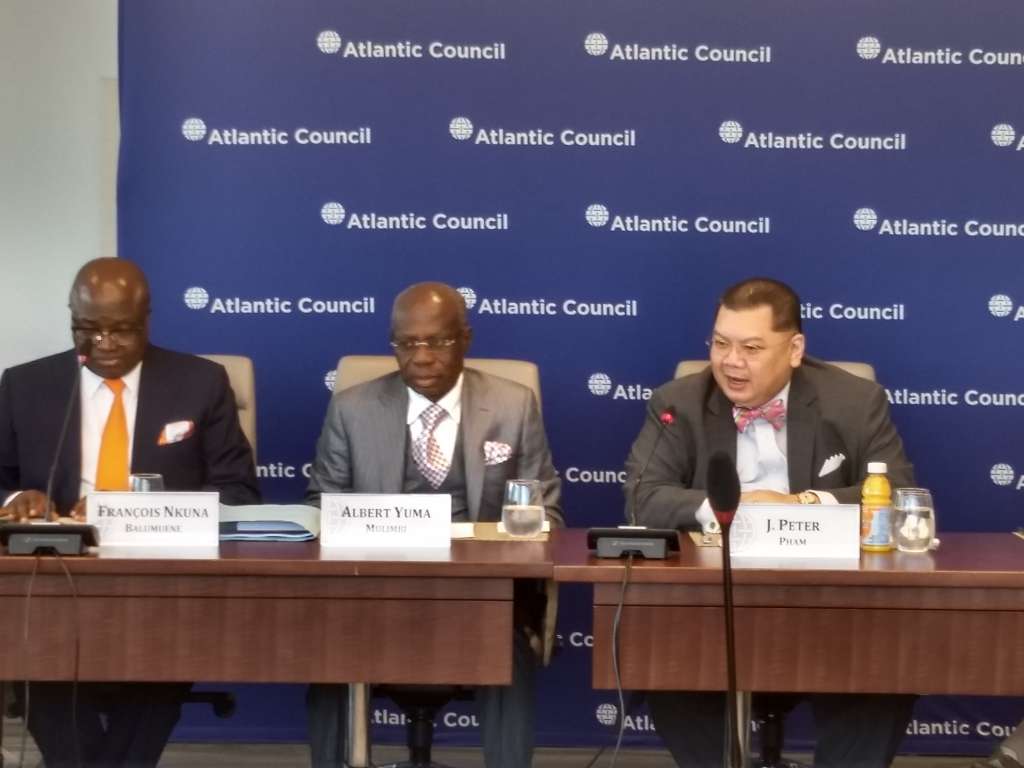 While the new code has successfully scaled through much of the legislative schedule, efforts are speeding up to have enforcement mechanisms in place, Yuma said. Yuma, a prominent businessman, who heads the Congolese Federation of Employers, said the Mining Code will be respected by all,and defaulters will pay a huge price. Brought in to use his private sector experience to shore up the dwindling fortunes of GECAMINES, Yuma said he has told the existing mining companies that it will no longer be business as usual.

Everything is in the books and no penny is missing Albert Yuma reacted in laughter to reports from the Carter Center last year that GECAMINES could not account for some $740   million in income between 2011-2014.Accusing international NGO’s for sensationalism, Yuma said , there is nothing he and GECAMINES have to hide.

On the other investment opportunities in the D.R.Congo, Yuma said, people make the mistake of thinking that his country was all about mining. Agriculture is huge, with enormous investment potentials, Yuma said. Infrastructure and Energy also have big potentials, he said citing the example of the Inga damn. There is also great potential to invest in the environment especially with the huge rain forest reserves that the D.R.C has, Yuma said ,though he conceded that there is still much work to do on the investment climate.

Amid 2019 Elections: I am more concerned with Nigeria's economy, security -- President Buhari