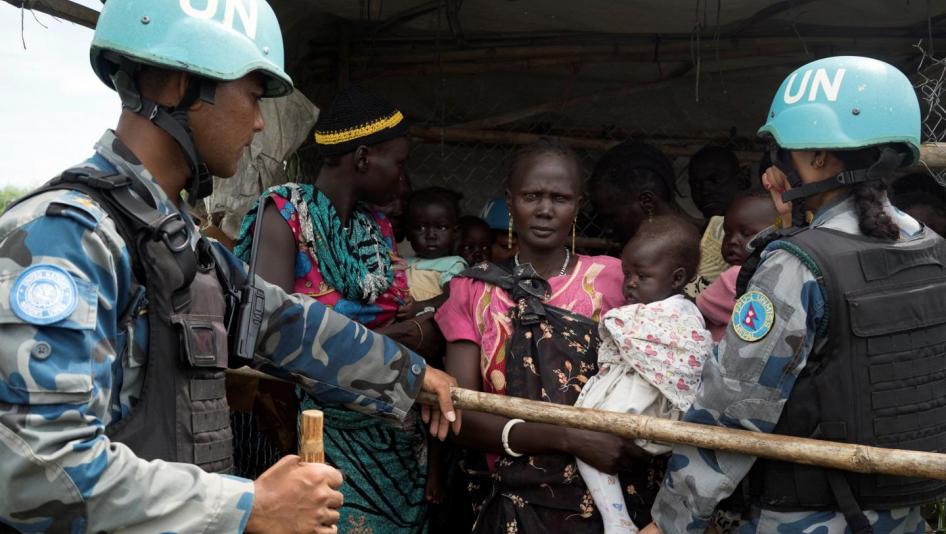 thousands of people ahead of peace talks that are now set to resume on mid of May, 2018.

In the statement on Friday reports gunfire overnight near one U.N. temporary peacekeeping base in Leer in Unity

State where 600 civilians have sought shelter in recent days.

“More than 30 humanitarian workers have been relocated over the past two weeks because it is too dangerous for them to operate in the midst of the escalating conflict. Thousands of people have fled into swamp,” the U.N. says in regards to the new clashes in the Unity, Jonglei and Central Equatorias regions respectively.
Meanwhile, Joint Monitoring and Evaluation Commission (JMEC) says security and humanitarian violations are unacceptable and demands unconditional and immediate release of aid workers

“JMEC condemns this latest violation of the two-signed Agreements, which demand unimpeded access for humanitarian aid workers in South Sudan,” says in statement on Saturday.
The regional bloc, IGAD has been mediating South Sudan since 2014, several ceasefire pact has been signed but broken in a day.

JMEC further calls upon all signatory parties to cease fighting, avoid confrontation and protect civilians from harm or displacement and fully comply with the provisions of the ACoH in both letter and spirit.
JMEC therefore vowed to undertaken necessary investigations on latest clashes across the country.