During a public ceremony held in the presence of H.E. Danny Faure, President of the Republic of the Seychelles, agreements were signed between the European Investment Bank, the European Union and the Seychelles Ports Authority to finance the rehabilitation and expansion of the commercial part of the Port Victoria harbour. On the same occasion, the French development agency (AFD) also signed a memorandum pledging a loan in support of the project.

The project entails the detailed design and construction of a new quay, offset from the existing quay, and demolition as necessary of the existing quay. The port’s yard area will be extended and dredging works will be carried out, allowing larger vessels into the harbour and increasing overall port capacity. The interventions will mean an increase in the port’s safety and environmental performance in the handling of goods, and overall improvement of the efficiency of port operations.

EIB Vice-President Ambroise Fayolle commented: “The European Union is by far the largest trading partner for the Seychelles, making it all the more important for the EU to support this project. Through it, the local port authority will be able to ensure the secure and environmentally sound handling of goods, while the port’s capacity will also be enlarged. The EU bank is proud to lend its support to this project, which we expect to have a significant impact on the Seychelles’ economic competitiveness, employment creation and sustainable growth as well as supporting local trade and industry.”

The EU Ambassador to the Republic of Seychelles, H.E. Marjaana Sall, indicated that: ‘‘The Port Victoria project is one of the first projects in the Indian Ocean region to be funded through the Africa Investment Facility, which is part of the European External Investment Plan. This project, as well as the EUR 10 million Programme that will be signed in support of the implementation of the Economic Partnership Agreement, are part of EU support for Seychelles’ ambitious integration agendas. Those projects will help boost investment in the Seychelles, ensure that its exports are competitive, and facilitate access to the global market, thereby contributing to sustainable growth. Those projects will also have a positive social impact and create new job opportunities.”

The French Ambassador to the Seychelles, H.E. Lionel Majesté-Larrouy, added: “This upgraded facility will generate new opportunities for regional cooperation. La Réunion, Mayotte and the Département des Terres Australes et Antarctiques Françaises, all European territories neighbouring the Seychelles, expect to develop regional routes in close collaboration with the Seychelles. Cruise tourism is one example where this modernised infrastructure could generate mutual benefits for all the regional stakeholders, supported by the Association des Ports des Îles de l’Océan Indien (APIOI). After financing significant investments in the ports of Mauritius and La Réunion, AFD is proud to be part of this “European Alliance” to fund a key piece of infrastructure in the Seychelles.”

The Chairman of the Seychelles Ports Authority, Paul Hodoul, said: “I want to assure you that the proceeds of the loan that we have signed today will be well spent and I have no doubt that, upon its completion, the new Mahé Quay will be able to accommodate much larger vessels that are presently by-passing us because of our limitations, thus cutting the feeder status of Port Victoria. The new Port Victoria will be the catalyst for greater efficiency, smoother flow of port activities, and more mass transportation which can contribute to a lower unit cost of transporting containers. This is expected to help bring down the cost of living in our country.”

The European Investment Bank (EIB) is the long-term lending institution of the European Union owned by its Member States. It makes long-term finance available for sound investment in order to contribute towards EU policy goals. It has supported transformational investment across Africa for more than 50 years and has operated in the Seychelles since 1978, making available about EUR 65 million in financing to support the country’s development. Over the last five years the European Investment Bank has provided around EUR 64.5 billion for investment in transport-related projects around the world. This is the twelfth project that the EIB has financed in the Republic of the Seychelles, and the first in support of its strategic infrastructure, after previous loans had funded water infrastructure and local businesses.

The Agence Française de Développement (AFD) is France’s inclusive public development bank. It commits financing and technical assistance to projects that genuinely improve everyday life, both in developing and emerging countries and in the French overseas provinces. In keeping with the United Nations Sustainable Development Goals, AFD works in many sectors – energy, healthcare, biodiversity, water, digital technology, professional training, among others – to assist with transitions towards a safer, more equitable, and more sustainable world: a world in common. Through its network of 85 field offices, AFD currently finances, monitors and assists more than 2,500 development projects in 108 countries. In 2017, AFD earmarked EUR 10.3 billion to finance projects in developing countries and for overseas France. AFD supported improvements in water and sanitation through a loan to the Public Utilities Corporation (PUC). The project was co-financed by the EIB and the EU.

The European Union (EU) is a unique economic and political union between 28 European countries that together cover much of the continent. Today, the EU has a total population of more than 500 million. Within the EU market, people, goods, services and capital move without any barriers. The euro, which is the single currency adopted by 19 Member States, is used each day by over 300 million people. Main institutions include the European Parliament, the Council of Ministers, and the European Commission. Since the adoption of the Lisbon Treaty in 2009, the EU has a High Representative for Foreign Affairs and Security who heads the European External Action Service. With 139 delegations and offices, the European External Action Service is one of the world’s largest diplomatic services. Ms Federica Mogherini is the EU High Representative of the Union for Foreign Affairs and Security Policy.

The EU is supporting the Port Victoria Rehabilitation and Extension project with a grant of EUR 5 million, through an innovative financing mechanism (blending) comprising a grant from the EU and loans from the EIB and AfD. The grant comes from the regional programme for the Southern Africa, Eastern Africa and Indian Ocean region and is channelled through the Africa Investment Facility, which is an integral part of the European External Investment Plan (EIP). The EIP was launched by the EU to promote investment in Africa while contributing to the implementation of the 2030 Sustainable Development Agenda.

The Seychelles Port Authority (SPA) operates as an autonomous public authority under the governance of a Board of Directors. The SPA’s vision is to become the most vibrant and competitive port in the region. Its mission is to serve the citizens of the Seychelles by responsibly developing and maintaining the properties and facilities to encourage sustainable economic growth and return on investment, while providing modern port facilities that build upon the character and environmental resources of its country. 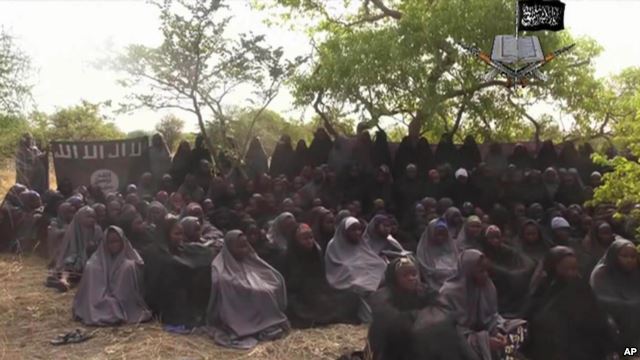