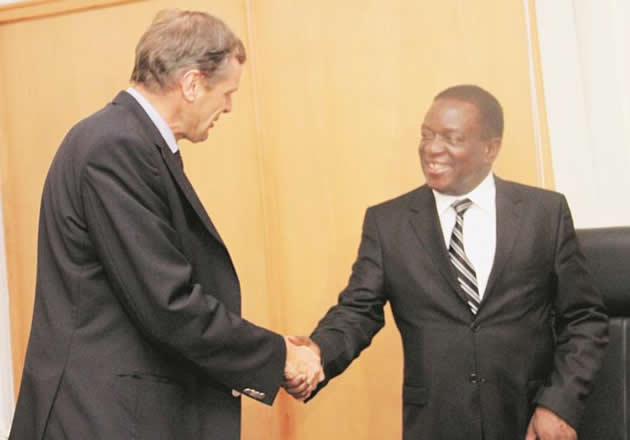 The EU delegation to the Republic of Zimbabwe has issued a joint local statement on peaceful primary elections within political parties in the country.

The statement has been issued by the the European Union Delegation, the Heads of Mission of EU Member States present in Harare and the Head of Mission of Switzerland.

The Heads of Mission of the EU and Switzerland have reaffirmed their commitment to continued support to peaceful, inclusive, credible and transparent 2018 harmonised elections in Zimbabwe.

It is reported that in light of the upcoming primary elections to select candidates of political parties, the Heads of Mission encourage all political parties to adhere to principles of mutual respect and tolerance in order to contribute to a peaceful, just and democratic society.

In particular, the Heads of Mission wish to emphasise the constitutional right of women to equal treatment and opportunities as well as full participation in the political sphere.