UK’s Minister for Africa Harriett Baldwin announces additional package of humanitarian support in the Democratic Republic of Congo (DRC), where political unrest and increasing conflict is putting millions of desperate people at risk of starvation

LONDON, United Kingdom, April 13, 2018,-/African Media Agency (AMA)/- During a visit to a camp for displaced families in Kalemie in the DRC, Africa minister Harriett Baldwin denounced recent escalations in violence across the east of the country and announced an emergency package of UK aid support which will provide additional lifesaving food, water and medical care to hundreds of thousands more people in desperate need.

The UK recognised the crisis early and the Department for International Development (DFID) was one of the first donors to step up support.

“I have seen for myself the devastating impact of this terrible crisis – but UK aid is already on the ground and with today’s emergency package, we are providing a vital lifeline for more desperate mothers and their starving children who have been forced to flee their homes.”

“This is a major humanitarian crisis and I have pressed for the DRC to fully recognise the scale of suffering, and cooperate with international efforts to help the millions of Congolese people affected. It is important that international partners also urgently step up their support.”

“The DRC has huge potential to be a prosperous nation, but it’s vital we work now to establish the political stability which will create the foundations for future growth and a safer and brighter future for all Congolese people. Key to this will be credible, constitutional and inclusive elections in December 2018.”

DFID’s humanitarian response is already reaching over three million people across the country with lifesaving aid.

During her visit minister Baldwin asked to meet with President Kabila. She met with representatives from across government, including opposition candidates and the DRC’s electoral commission (CENI), to stress the vital importance of the DRC holding credible, constitutional and inclusive elections by the end of this year, to help tackle some of the root causes of violence and suffering in DRC.

This UK aid humanitarian uplift (£22m) from the Department for International Development is in addition to the £205m already allocated for the humanitarian response which is reaching over three million people with lifesaving support. This increase will provide:

*over 85,000 people with food or assistance to meet urgent food and other basic needs
*over 38,000 children under the age of 5 with vital nutrition
*over 390,000 million people with access to clean drinking water
*over 240,000 people with essential health care such as drugs for pregnant mothers
*over 12,400 children with access to education
*430 survivors of trauma including gender based violence with psychosocial support and counselling

*The current £205m includes an initial provision of £175m which was increased by an additional £30m at the end of last year in the face of increasing humanitarian needs.

*This £22 million increase will form part of an ongoing £100m package which will be confirmed by the UK to the UN’s humanitarian response at a pledging conference today (Friday 13th April) in Geneva, which includes support announced publicly last year.

According to the UN, 4.5 million people are internally displaced in the DRC, 7.7 million people are now lacking reliable access to food, and 2.2 million children are suffering from life-threatening malnutrition, in what has become the worst humanitarian crisis in Africa.

Communique of the 761st Peace and Security Council (PSC) meeting on the prevention of ideology of hate, genocide and hate crimes in Africa

Nigeria:I didn’t purchase any house for my son in Abuja – Malami 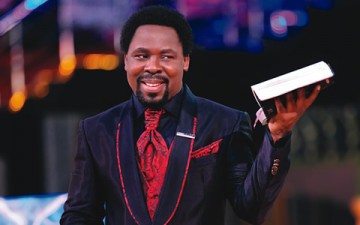 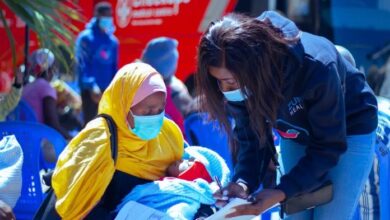