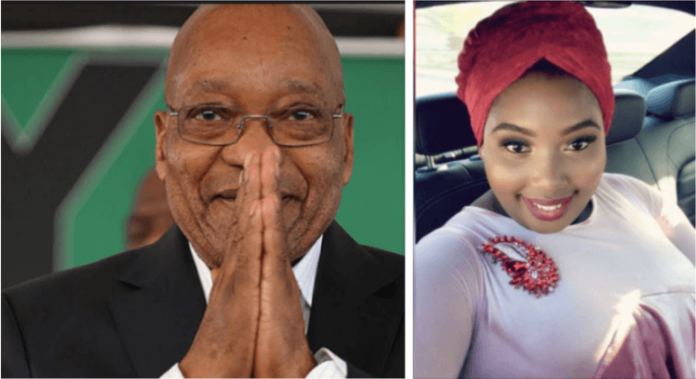 Reports from several media outlets suggest that former South African president Jacob Zuma is set to marry for the seventh time. The bride is a 24-year-old woman named Nonkanyiso Conco from KwaZulu-Natal.

Jacob Zuma is facing many counts of corruption and has already appeared before the court to answer to his charges. That has not, however, distracted the 74 year old’s preparations to tie the knot for the 7th time in his life.

Nonkanyiso Conco who is believed to be the director of a Pietermaritzburg-based Nomkhubulwane Culture and Youth Development Organisation whose aim and vision is to protect the cultural practices of young Zulu women and the national executive committee treasurer and communications officer for She Conquers confirmed the rumours during an interview with the Sunday Times. She said “Yes‚ we are getting married‚ but that is all I can say. I need to consult before I give any interviews.”

The impending marriage between the two lovebirds has stirred debates in the country and on social media platforms where traditionalists are in support of the union and ‘modernists’ view the union as a step back on many fronts.

Jacob Zuma for a long time has warmly embraced his Zulu culture and practising polygamy is common among Zulu men and women. As such, the decision to take a seventh wife didn’t come as a surprise to the avid followers of the Zulu culture. In fact, Zuma has been heralded as a guardian of the Zulu culture.

However, Zuma’s decision to take another wife has been condemned by others. One such opponent is the She Conquers organisation, the same organisation where Zuma’s soon to be wife worked until 3 days ago. It’s not clear if the decision was Ms Conco’s or if she was forced out. What’s in the open though is the displeasure by She Conquers at Ms Conco’s choice of husband.

She Conquers released a statement which expressed its disappointment at Ms Conco stating that her decision to marry Jacob Zuma is contrary to its message which is to “empower young women in every phase of their lives, and to end reliance on sugar daddies.” The deputy chair of She Conquers, Leonora Mathe weighed in saying “As a campaign, we promote economic empowerment and self-dependence of young women to eliminate the concept of reliance on ‘blessers.”

Those against the union of Jacob Zuma and Ms Conco on social media largely agree on the issue that this marriage is a step back on the progress that the country has achieved thus far in the fight against HIV/AIDS. According to UNAids, South Africa has the fourth-highest adult HIV prevalence rate in the world which stands at 18.9%.

Out of the 18.9%, the rising rate of HIV infection among adolescent girls and young women accounts for the bigger proportion. It’s believed that the issue of blessers (older men having sexual relations with younger women) is the reason behind the rising HIV infection rates among adolescent girls and young women. Against this background, many argue that the decision taken by Zuma to marry a younger woman by sets a bad example both to other older men and also to the young girls who are manipulated into sexual relationships by material things.

There are also others who argue that the rising number of teenage pregnancies and gender-based violence can be attributed to such relationships, therefore, it’s an error on the part of a man with the stature of Zuma to set a bad precedence.

Though both parties have not stated the date for their wedding, reports suggest that Jacob Zuma has already paid lobola (bride price). It’s also reported that the two welcomed their first baby recently.

Zuma is currently married to 3 other wives, Sizakele Khumalo the first wife whom he married in 1973 after his release from Robben Island, Tobeka Madiba and accomplished businesswoman Gloria Bongi Ngema whom he married in 2010 and 2012 respectively.

Apart from these, Zuma was also married to Kate Mantsho whom he married in 1976. She committed suicide in 2000. He was also married to the former AU Chair and presidential aspirant, Nkosazana Dlamini whom he married in 1982 and divorced in 1998. Zuma also married Nompumelelo Ntuli in 2008 but the two later divorced after allegations of an affair between Nompumelelo Ntuli and one of her bodyguards. She was also alleged to have plotted to poison Jacob Zuma, allegations that she vehemently denies up to this day. 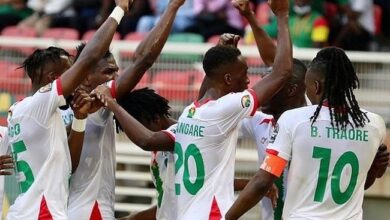 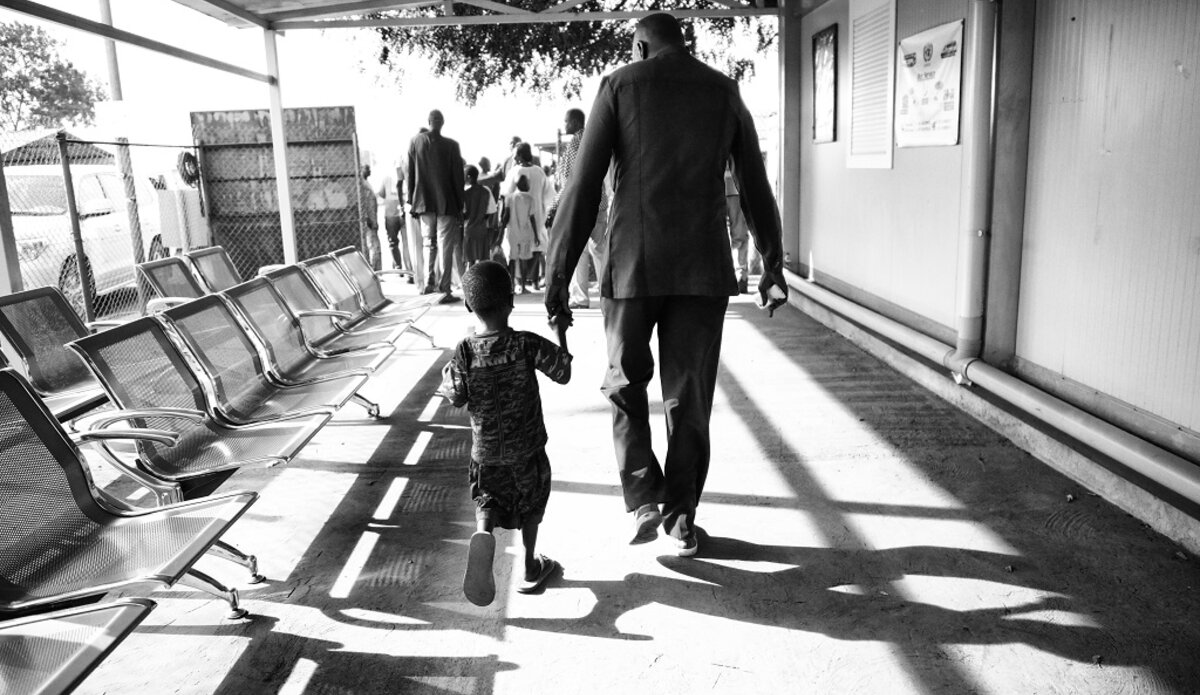