Canada is providing assistance to address the critical needs of the more than 20 million people who are affected by drought, food shortages and ongoing conflict in the Lake Chad Basin

Canada is providing assistance to address the critical needs of the more than 20 million people who are affected by drought, food shortages and ongoing conflict in the Lake Chad Basin.

In Cameroon, Chad, Niger and Nigeria, millions of people are in need of life-saving assistance as a result of conflict, natural disasters and epidemics. In Cameroon in particular, more than half a million people are displaced because of conflicts in the Lake Chad Basin and Central African Republic, adding pressure to already scarce resources and limited basic services in host communities. Canada’s contribution will provide vulnerable communities with food, acute malnutrition treatment, clean water, health care, protection services, including psychosocial support, and support for livelihoods.

Parliamentary Secretary DeCourcey made the announcement during his trip to Africa, which included a visit to Cameroon.

“Populations in the Lake Chad Basin are facing a dire humanitarian situation as conditions continue to deteriorate because of conflict, food insecurity and natural disasters. Canada is proud to provide humanitarian assistance to meet the needs of the most vulnerable and ensure those requiring emergency assistance are reached. This support will save lives and help to alleviate the suffering of people living in Cameroon, Chad, Niger and Nigeria.”

– Matt DeCourcey, Parliamentary Secretary to the Minister of Foreign Affairs

In 2018, 3.3 million people will need life-saving assistance in Cameroon to meet their basic needs. This represents an increase of approximately 14% since 2017.

The funding announced today is in addition to the nearly $20 million in humanitarian assistance already announced in 2018. Today’s announcement brings Canada’s total contribution this year for Cameroon, Chad, Niger and Nigeria to over $47 million.

In February 2018, Minister Bibeau visited Maiduguri and Bama, in northeast Nigeria, where she met with members of communities affected by the Lake Chad Basin crisis, including survivors of gender-based violence, children and new mothers, as well as representatives of key humanitarian organizations.

Distributed by African Media Agency (AMA) on behalf of Government of Canada. 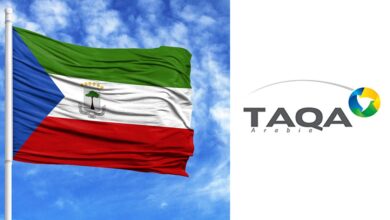