Former South African President Jacob Zuma’s prosecution for graft appears at first glance to be a victory for the anti-corruption campaign of the nation’s new leader, Cyril Ramaphosa. Yet it also carries risks for his ruling African National Congress.

Not only will a drawn-out trial be a constant reminder to voters that he was enmeshed in scandal for most of the nine years he led South Africa — it raises uncomfortable questions about why the ANC, parliament and prosecutors failed to take action against him before. The case also threatens to further divide the party.
A wily political fighter, Zuma, 75, may seek to use the case to energize his supporters as payback for the ANC’s decision to force him to resign as the nation’s president last month. And the trial will take place in his home area, KwaZulu-Natal, where the party has its biggest membership and remains badly split a year before general elections.
“He will try by all means to garner support as he goes to court,’’ said Ralph Mathekga, an independent political analyst based in Johannesburg. “Jacob Zuma is a very manipulative leader. It will be very difficult for Ramaphosa to justify the presence of the ANC members who will be supporting Jacob Zuma in court. The ANC could do without this.”
Trial Delay

Zuma may also try to delay going to trial as long as possible. His legal team is considering a bid to seek a review of the National Director of Public Prosecutions’ decision to pursue the case, which was dropped nine years ago in what a court ruling described as an “irrational’’ decision.

“In the circumstances, the likely course of action would be to take the announcement of the NDPP on review,’’ his lawyer, Michael Hulley, said in a text message on Saturday. “The decision will, however, only be made after careful consideration and consultation with Mr. Zuma.’’

The Democratic Alliance, the main opposition party, called for the trial to begin immediately.

“The witnesses are ready, the evidence is strong and Jacob Zuma must finally have his day in court,” party leader Mmusi Maimane said in a statement.

A conviction of Zuma would present Ramaphosa with another dilemma — should he pardon the man to whom he served as deputy for four years, a move that would assuage anger among Zuma’s supporters and those who want to draw a line under the affair.

“Let’s forgive Zuma, he made mistakes and we acknowledge that,’’ said Siphiwe Khoza, a 40-year-old father of two in Johannesburg. “Cyril Ramaphosa also knows that Zuma is his comrade and he may have had a lapse in judgment, but I don’t think he should be persecuted for that. He’s gone now.”

Showing such leeway to Zuma would outrage others who believe the former president must face justice and would call into question the ANC’s pledge to clean up corruption. The National Prosecuting Authority spent eight years investigating allegations that Zuma took 4.07 million rand ($341,000) in bribes from arms dealers and charged him with corruption, racketeering, fraud and money laundering. The case was abandoned months before he became president.

“A pardon on charges like this that have tainted politics for so long would be absolutely unacceptable and would be rejected very, very strongly,” said Susan Booysen, a political science professor at the University of Witwatersrand’s School of Governance. “The ANC and Ramaphosa would lose the credibility they have been wining for themselves in the last three months.’’

Since Ramaphosa, 65, was elected leader of the ANC in December, there’s been a growing sense that the party can reverse the decline in its popular support that saw it lose control of Johannesburg, the economic hub, and Pretoria in a 2016 municipal election, with its lowest percentage of the vote since the end of white-minority rule more than two decades ago.

Business confidence climbed to the highest since the start of 2015 in the first quarter due to “the recent turn for the better in domestic politics,” FirstRand Ltd.’s Rand Merchant Bank unit and the Stellenbosch, South Africa-based Bureau for Economic Research said this month. The rand is the best-performing emerging-market currency against the dollar over the past three months.

“The ANC better not support Zuma, seriously, because of all the things he has done,’’ said Khensani Makokoropo, a 30-year-old mother who lives with her daughter in a northern Johannesburg suburb and has voted for the party in past elections. “If some of the ANC’s members support Zuma through this court case, then it will show that Ramaphosa is just one man leading an organization full of people who don’t really want change or accountability.’’

Burundi's president sets May date for referendum on power

What is a SPAC? | CNBC Explains 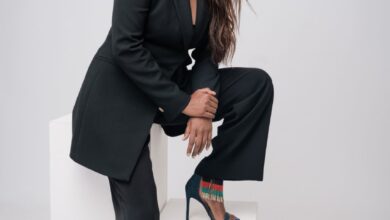