Sithembiso Mutukura beat 12 other contestants to claim the crown at Zimbabwe’s first-ever Miss Albinism beauty contest — an achievement she hopes will inspire others living with the rare disorder.

“We must continue to advocate for our rights and I hope my win will empower the girl child,” the 22-year-old social work student said.

“I have gone through a lot, but I want people living with albinism to be brave and persevere in life.”

During the event in Harare on Friday night, the contestants had to respond to questions on stage and model a range of gowns and traditional African robes. Mutukura was awarded $85 in prize money after being named the winner.

Pageant organizer Brenda Mudzimu said a lack of funds had made it difficult to get the initiative off the ground. In the end, the contest only attracted one sponsor, but Mudzimu says she hopes to one day make the event international.

“This will be an annual event which will later be advanced to Miss Albinism Africa and Miss Albinism World because we want to reach all corners of the world,” she said.

In many African countries, people with albinism routinely face discrimination and persecution because of the way they look. The genetic disorder prevents skin cells from producing melanin , resulting in abnormal pigmentation of the skin, hair, and eyes. People with the condition also suffer from vision problems and are susceptible to skin cancer.

“The pageant aims to instill confidence in girls living with albinism in Zimbabwe as well as reduce the stigma,” Mudzimu said.

Tapuwa Muchemwa, a Zimbabwean government representative who was the guest of honor at the pageant, said the country’s leaders “strongly advocate that people with albinism deserve their right to life and security and to be protected as well as the right not to be subjected to torture and ill-treatment.”

The rate of albinism in Africa is much higher than in other parts of the world. Communities in some countries believe albinism can bring magical powers, wealth and good fortune — a superstition that has led to attackers kidnapping and murdering albinos to sell their body parts to witch doctors on the black market.

According to the United Nations, there have been over 600 attacks on people with albinism documented in 28 countries in sub-Saharan Africa over the past decade. Many more cases are thought to go unreported. 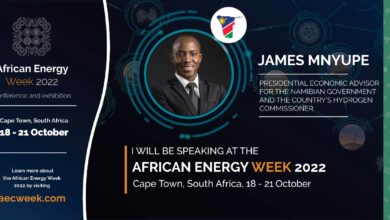 Coronavirus – Rwanda: Robots use in Rwanda to fight against COVID-19