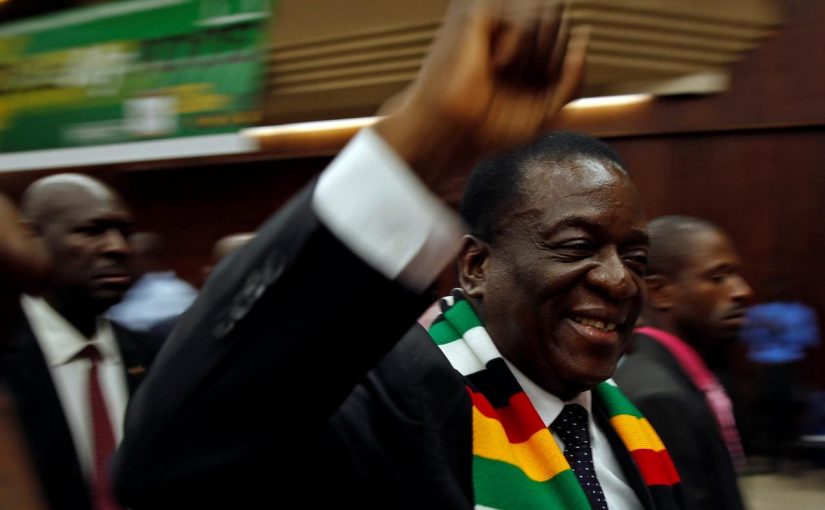 HARARE (Reuters) – Zimbabwe has changed its empowerment law to limit majority ownership by state entities to only diamond and platinum mines and not the entire mining sector as in previous legislation, according to a government notice.

The Indigenisation and Economic Empowerment Act introduced during the rule of former president Robert Mugabe was designed to increase black Zimbabweans’ stake in the sector but were open to abuse.
Foreign investor confidence dipped as a result, prompting a promise by new President Emmerson Mnangagwa to change the rules.

Finance Minister Patrick Chinamasa first announced the proposed changes to scale back the mine ownership in the 2018 budget statement in December.

The amendments were included in the Finance Act, which covers the 2018 budget and were signed into law by Mnangagwa on March 14, a government notice seen by Reuters on Monday showed.

Only state-owned mining entities will hold majority shares in diamond and platinum companies. However, existing businesses do not need to immediately comply with the law as they can negotiate a timeline of compliance with the authorities.

Foreign investors are allowed to have full control in any other mining venture, the notice said.

Mnangagwa has said at various forums that “Zimbabwe is open for business” as he seeks to revive an economy that was ruined under Mugabe’s near four-decade rule.

Zimbabwe has the second largest known platinum deposits after South Africa and the two largest producers Anglo American Platinum and Impala Platinum Holdings have operations in the country.

The amendments also open up 12 sectors previously reserved for locals such as bakeries, transport and beauty salons to Zimbabweans of all races instead of black Zimbabweans.