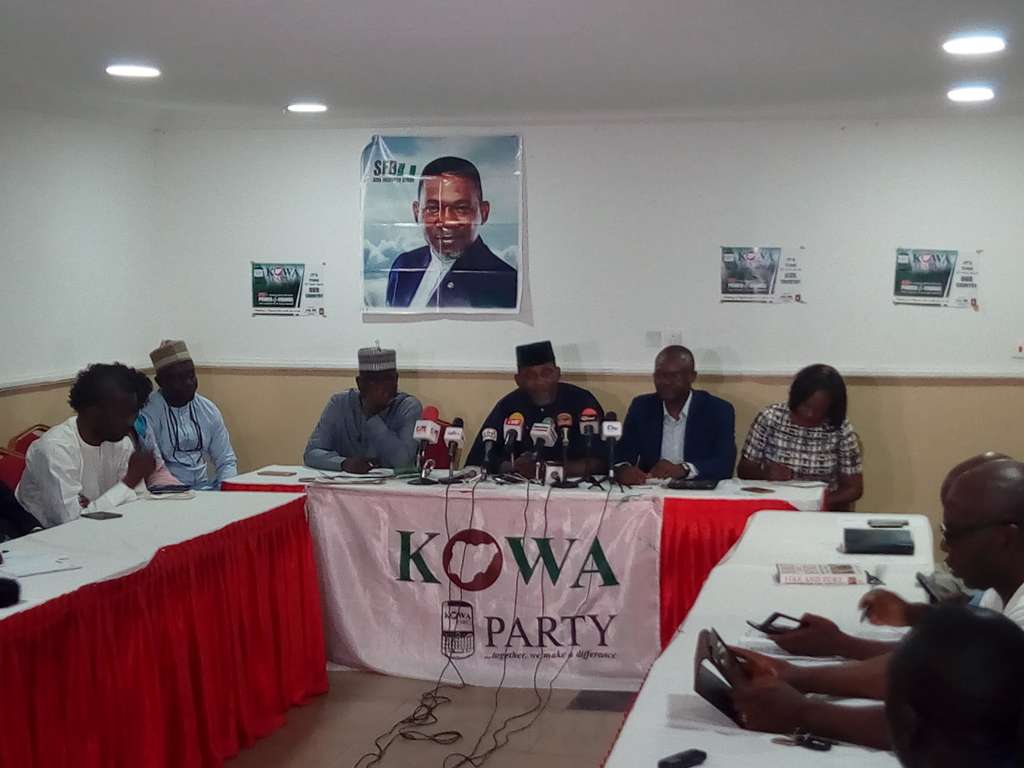 The Presidential candidate of the KOWA Party Mr. Sina Fagbenro Byron have stated that the APC led Federal government should not be given any credit for the release of the Dapchi girls, but that his party would certainly ensure that the circumstances surrounding the kidnap and eventual release of the school girls by the Boko-haram terror group in Yobe state will be probed by his administration when they get into power in 2019.
Reports have it that the girls’ release may have been prompted by an Amnesty International (AI) statement which insisted that Nigerian security forces disregarded several warnings of an imminent Boko-haram attack on Dapchi as it claimed that troops were withdrawn from critical locations hours before the eventual abduction of the school girls. The Nigerian Army have since refuted this assertion but the international human rights group AI insists that there was actionable time for the kidnap to be foiled.
It is worthy of note that the PDP in a similar statement made public have described the Dapchi kidnap saga as a political drama taken too far which amounts to a war crime and have called on the United Nations (UN) led international community to probe the incident, thereby calling into question the roles played by both Nigerian government and security officials over the abduction and subsequent release of the school girls after about 30days.
“Even though we are happy over the return of most of our girls, our hearts goes out to the families of those who lost their lives during the avoidable event of their kidnapping and also to the single girl who is still held captive over her Christian faith. However it is important to note that this trend of kidnapping school girls for ransom will be decisively dealt with under my government as we will not hesitate to probe the circumstances surrounding the kidnapping and release of the Dapchi school girls,” he said.

Late Senator Ali Wakili standing in solidarity with the Dapchi parents during their protest visit to the Senate.

The Presidential hopeful insisted that the Boko-haram kidnapping of school girls again has shown that the terror group is set out to destroy our educational system which is the foundation of development of any society, which means they must be treated as enemies of the state rather than being treated with kit gloves by way of paying ransom for the release of the Dapchi girls.
He also emphasized that Nigeria remains a secular state with every citizen having the right to practice any religion of their choice, thus the decision of the terrorist kidnappers for refusing to release the Ms. Liya Sharibu must be condemned in its totality because it is a failure of governance for the Dapchi girls to be abducted in the first place after 2014 Chibok saga.
For him, the terrorist group Boko-haram must therefore be defeated to a standstill for the educational and developmental objectives of the country to be achieved in the Northeast because parents are already beginning to loose faith in the security provided around schools in the region.

Reports have it that President Mohammadu Buhari has however hailed his government’s response towards the return the kidnapped Dapchi girls especially when compared to the response of the then PDP led Federal government when the Chibok girls where kidnapped in 2014, but the KOWA party candidate Mr. Sins Fagbenro insists that it is a failure of governance to even allow any kidnappings take place in the first instance.
“KOWA Party will not offer Nigerians a candidate that will not deliver on restructuring, education, economy and security, because there is no clear dichotomy between APC & PDP at the moment as both parties have superintended over the kidnappings of our children in Chibok and Dapchi.”
According to him, it is necessary to have the right candidate that will deliver on restructuring as the major theme that will drive Nigeria to the next phase of its development and growth, as he promised that the party will not offer any candidate short of these ideals.
“We are going on a nationwide presidential tour to convince Nigerians on Restructuring. In KOWA Party our government will not do development for the people, we will do development with the people.”
Speaking on the recent clampdown and arrest of journalists who appear to be critical of government by security operatives, Mr. Fagbenro stated that a free press is sine qua non to development and must be given the enabling environment to thrive.
“As a person who has a background in media and civil society, I can categorically tell you that development cannot be achieved without a robust media. The media is also important to the extent of monitoring and evaluating various government programs and reviewing performance. In summary the media must be seen as a partner in development and so is the role of civil societies and so any government which plans to build an inclusive society must be willing to allow press freedom to flourish.”
“This is therefore one of the major commitment the KOWA party is offering Nigerians come 2019. In our government everyone will be bound by the rule of law, which means the rule of law will be practiced in a way that all Nigerians including journalists will be protected, this for him should therefore be one of the major reasons why the APC government must be voted out.”

Judiciary should respect principles of separation of powers - Dogara

#TurnItAround: One Week to Mobilize for the Future