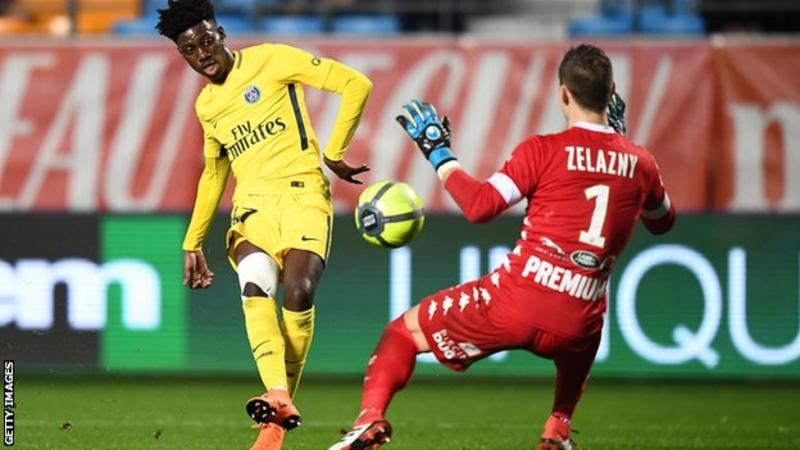 Paris St-Germain re-established their 14-point advantage at the top of Ligue 1 with victory over strugglers Troyes.

Without the injured duo of Neymar and Kylian Mbappe, both goals came in the second half through Angel di Maria and Christopher Nkunku.

They also gave a debut to Timothy Weah, the son of Liberia president and ex-PSG and AC Milan striker George Weah.

PSG need 17 points from their remaining 10 games to guarantee their fourth league title in the last five seasons.

World-record signing Neymar will miss the rest of the season as he is to undergo surgery after fracturing a metatarsal and spraining an ankle during last weekend’s league win over Marseille.