Between 1 January 2017 and 31 January 2018, at least 47 people, including women and children, were killed by security services and defence forces in the context of demonstrations

GENEVA, Switzerland, March 19, 2018,-/African Media Agency (AMA)/- The right to freedom of peaceful assembly was severely restricted and often violently suppressed in the Democratic Republic of the Congo in 2017 and the trend continues so far this year, according to a UN report issued on Monday. The report* documents killings and other serious human rights violations due to the use of excessive force by security services and defence forces in relation to mass protests.
Between 1 January 2017 and 31 January 2018, at least 47 people, including women and children, were killed by security services and defence forces in the context of demonstrations and there are indications that Congolese security services have attempted to cover up these serious human rights violations by removing the bodies of victims and obstructing the work of national and international observers, the report states.

The report, published jointly by the UN Human Rights Office and the UN Stabilization Mission in the Democratic Republic of the Congo (MONUSCO)**, describes the lack of compliance with national law and international standards, in particular the principles of legality, necessity, proportionality, precaution and accountability, related to the use of force by security services and defence forces during the suppression of peaceful demonstrations between January 2017 and January 2018.

The report is based on information collected during six main mobilization days and it states that while some people armed with sticks and broomsticks did attempt to perpetrate violence during some protests, the vast majority of demonstrators were peaceful. The use of excessive force – including lethal force – by the authorities was thus unlawful, unjustified and disproportionate.

The report also states that increasing restrictions to fundamental rights and freedoms coupled with inflammatory speeches and threats against demonstrators are cause for deep concern at a time when it is particularly important to create an environment conducive to peaceful elections.

The Special Representative of the UN Secretary-General in the DRC, Leila Zerrougui, said the report highlights impunity gaps and a continued shrinking of the democratic space in the country observed since the beginning of 2015.

“This is inconsistent with the letter and spirit of the 31 December 2016 Agreement and its confidence-building measures. Demonstrations are intrinsically related to freedom of expression and it is absolutely necessary that all voices can be heard in the context of the forthcoming elections,” Zerrougui said.

“The creation by the Ministry of Human Rights of a joint commission of inquiry*** with representatives of the civil society is a positive step forward for accountability and reparation for the victims,” she added. Zerrougui welcomed the findings of the Commission and urged their full and swift implementation. She expressed the readiness of the UN to provide support in that regard.

UN High Commissioner for Human Rights Zeid Ra’ad Al Hussein said the systematic suppression of demonstrations, including through the use of disproportionate force, is a serious breach of international human rights law and the laws of the DRC. There is an urgent need for a meaningful, transparent and independent judicial investigation into these violations and other allegations.

“It is particularly disturbing that security services and defence forces carry out this violence with almost full impunity which can be perceived as encouraging such repression,” he said. “We are seeing the quashing of dissent at all costs – even at the cost of human life – in the DRC by the systematic deployment of armed forces alongside the Police Nationale Congolaise to handle protests.”

Zerrougui and Zeid urged the Government to allow the exercise of the rights to peaceful assembly and expression, warning that repression would only breed frustration, could lead to serious deteriorations in the security situation in the country and could pose a threat to the electoral process. For credible elections to be held at the end of this year, the Government has an obligation to ensure that people’s civil and political rights are respected and their exercise is facilitated.

* The full report in French only can be accessed here: ohchr.org/Documents/Countries/CD/BCNUDH-Report_March2018.pdf

** The UN Joint Human Rights Office, which was established in February 2008, comprises the Human Rights Division of the UN Stabilization Mission in the DRC (MONUSCO) and the Office of the High Commissioner for Human Rights in the DRC (OHCHR-DRC).

*** At the request of the Government of the Democratic Republic of the Congo, the report of the joint commission of inquiry is annexed as an answer to the UN report.

Congo – Pool : 70 million dollars for humanitarian response and early recovery for 114,000 people in need of assistance

BEAC must reconsider its new Forex regulation to save jobs in Gabon, Cameroon, Republic of Congo, Equatorial Guinea, Central African Republic and Chad 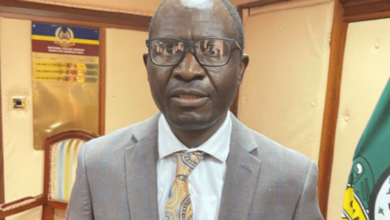