Ugandans, who have two actors featured in Black Panther – Daniel Kaluuya and Florence Kasumba – have been busy showing why the African country Wakanda is actually Uganda, since the movie premiered on the continent two weeks ago.

With some scenes from the movie shot on location from Mountain Rwenzori and Bwindi Impenetrable Forest national park, in southwest Uganda, who can blame them for staking their claim?

Ugandans are also not taking the rhyming of Wakanda with Uganda for granted, nor have they glossed over the fact that Kaluuya’s character in the movie is called W’kabi, (read, Wakabi).

And the British-born actor himself put a Ugandan seal on the movie when he turned up for the world premiere of the box office record-breaking movie dressed in a traditional kanzu. Some have already taken to social media, wooing the world to come vacation in Uganda and see more of Wakanda.

Africans just cannot get enough of the first Marvel superhero movie with a predominantly black cast. In Ugandan cinemas, tickets are still selling out like hot cake, as even those who have watched it claim to return for second screenings of the movie that casts Africa and Pan-Africanism in positive light.

Hollywood movies set in Africa often depict the continent as a war-torn environment filled with poverty and suffering. Black Panther has received rave reviews from critics and cinemagoers that have flocked its premieres in Uganda, Nigeria and South Africa, among others.

Some of the cast flew to South Africa for the premiere, with Kenyan-born actress Lupita Nyong’o, tweeting “the excitement is spellbinding”.

In Nigeria’s commercial capital, Lagos, film fans, Nollywood stars and comedians were dressed in traditional robes and gowns, with some opting to wear specially-made attire in keeping with the film’s futuristic take on African garments. Kaluuya had set the fashion pace at the world premiere with his kanzu worn with a maroon velvet jacket.

“Black Panther is a film that celebrates black excellence…it is especially exciting,” said Bolaji Kekere-Ekun, a 33-year-old filmmaker. “The people who made the film were very specific about the references they used in relationship to Africa. They are pulling from the best fashion and art.”

Black Panther is set in the fictional African nation of Wakanda. It tells the story of the new king, T’Challa/Black Panther (Chadwick Boseman), who is challenged by rival factions.

“We put our heart and soul into it because we knew it was a great opportunity,” Boseman, 41, said during a Twitter Q&A. “But to see how people have responded to it, it’s unlike anything I’ve ever seen. It’s crazy.”

The fictional African country is depicted as a verdant land with stunning waterfalls where spacecraft designed like tribal masks soar over a modern metropolis. 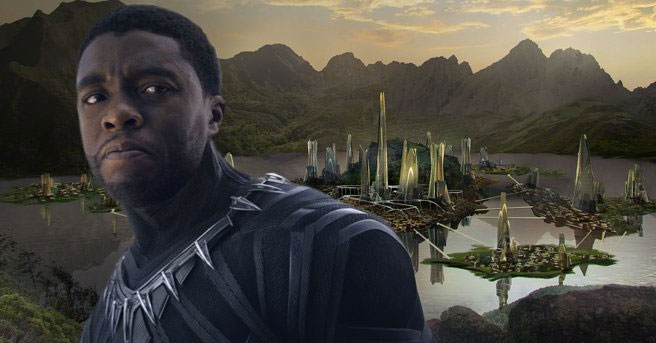 Directed by black director Ryan Coogler and featuring actors including Michael B. Jordan, Angela Bassett, Nyong’o and Forest Whittaker, the film has received widespread critical acclaim after years of criticism about the under-representation of black people in Hollywood.

Black Panther scored the largest box office debuts ever in West Africa and East Africa, generating about $400,000 and $300,000, respectively.

Big-screen company Imax Corp said its theaters in Kenya and Nigeria had their biggest results ever with Black Panther.

With more than five million posts, Black Panther is also the most tweeted-about movie of 2018 – ahead even of Star Wars: The Last Jedi.

Various analysts said they expect Black Panther to do for ethnic diversity what last Warner Bros smash hit Wonder Woman did for women – which was to persuade film executives that blockbuster movies don’t need white male leads to sell tickets.