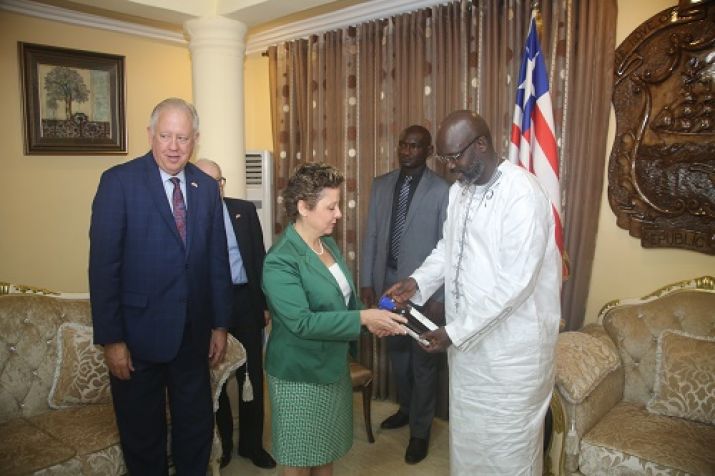 Trump has pursued a crackdown on legal and illegal immigration since becoming president.WASHINGTON – US President Donald Trump on Tuesday ordered an end to special legal status for certain immigrants from Liberia, including some who have lived in the United States for decades, citing improved conditions in the West African country.

“Liberia is no longer experiencing armed conflict and has made significant progress in restoring stability and democratic governance,” according to a memorandum signed by Trump and released by the White House.

Trump has pursued a crackdown on legal and illegal immigration since becoming president.

Some Liberians have been eligible for either Temporary Protected Status or Deferred Enforced Departure since March 1991 due to civil wars, fragile political and economic conditions and an Ebola virus outbreak in 2014, the memorandum said.

“Liberia has also concluded reconstruction from prior conflicts, which has contributed significantly to an environment that is able to handle adequately the return of its nationals,” Trump said.

“The 2014 outbreak of Ebola Virus Disease caused a tragic loss of life and economic damage to the country, but Liberia has made tremendous progress in its ability to diagnose and contain future outbreaks of the disease,” he said.

A 12-month “wind-down” period starting 31 March, 2018, would allow the Liberian government to prepare to re-integrate returning citizens and give time for affected Liberians to “make necessary arrangements,” according to the memorandum, which was addressed to the Department of Homeland Security (DHS).

Trump previously included three other African countries — Chad, Somalia and Libya — among several whose citizens were blocked from entering the United States.

African politicians and diplomats blasted Trump in January after he was reported to have used vulgar language to describe African countries and Haiti, with some calling him a racist. Trump later denied making the remark.

In early January, the administration announced that around 200,000 Salvadorans would lose their Temporary Protected Status in September, 2019. Some 59,000 Haitians and 5,300 Nicaraguans who are in the program would also lose their status next year, while TPS for some 57,000 Hondurans expires 5 July, 2018.