Africa is referred to as the cradle of mankind and a continent of cultural diversity. Some of the world’s most famous natural wonders and man-made phenomena are found on the continent. Here are a few breathtaking natural attractions and landmarks in Africa you should know about. 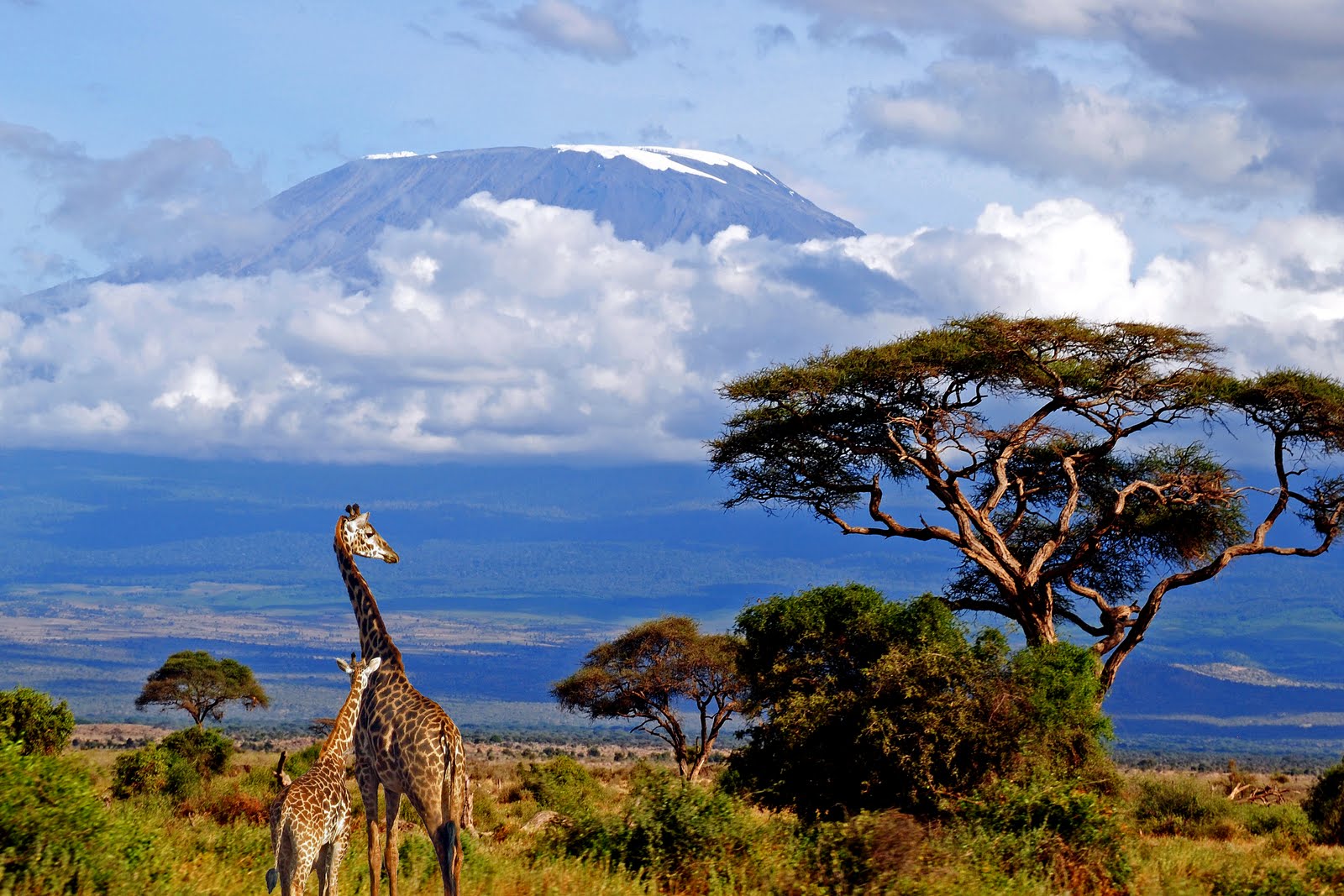 Mount Kilimanjaro is considered to be one of the tallest mountains in the world. This natural phenomenon is approximately 19,341 feet (Link 1) above sea level. The free-standing mountain is located in Tanzania and near the Kilimanjaro National Park which is a UNESCO World Heritage Site member. The mountain is a stratovolcano that began forming in layers of hardened volcanic ash about a million years ago. The last volcanic activity occurred some 200 years back. Thousands of tourists visit Mount Kilimanjaro every year and most visitors engage in hiking. The first people to ascend to the top of the mountain were geographer Hans Meyer and Ludwig Purtscheller. Kilimanjaro is known as one of Africa’s ice-capped mountains and it takes approximately 6-8 nights to ascend the mountain.

Kilimanjaro is photo-friendly so please do not forget your camera for capturing memorable moments. After hiking, visitors can treat themselves to some fine East African cuisines served at various restaurants and hotels. 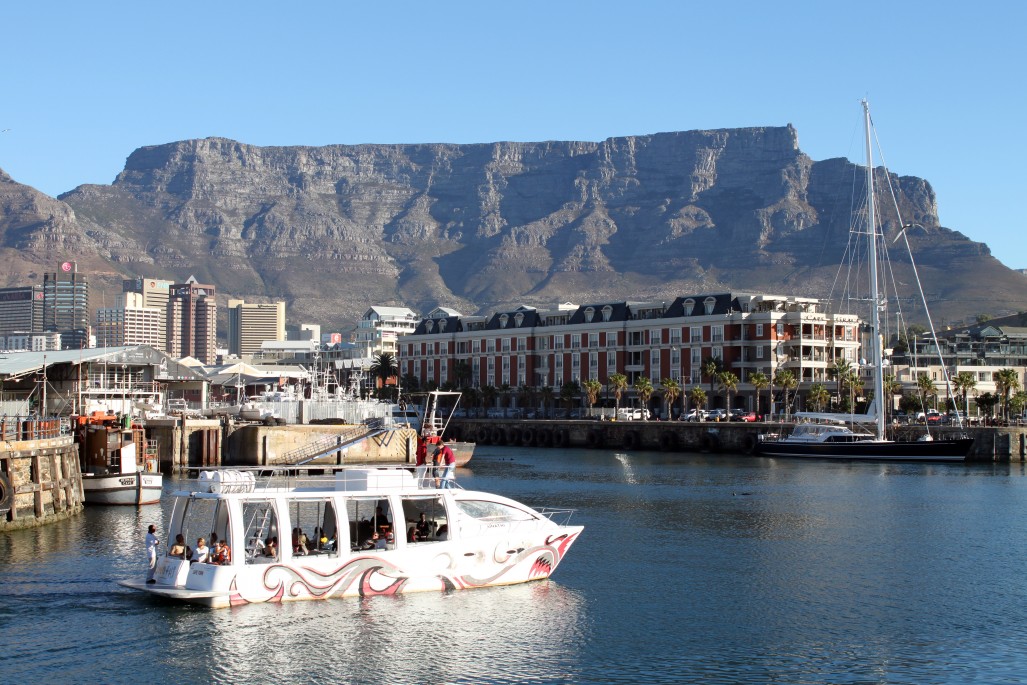 The Table Mountain is a flat-topped mountain overlooking the city of Cape Town in South Africa. The highest point is 3,563 feet above sea level and the mountain is one of the most photographed places in the world. The natural wonder continues to attract millions of visitors from around the world.

Most people enjoy partaking in hiking to the top of the mountain.
Antonio de Saldanha was the first person (Link 2) to hike and reach the mountain peak in 1503. In addition, Saldanha named the mountain Taboa do Cabo which means Table of the Cape. Visitors who choose not to hike can use the cableway transport system which was first established in 1929. The transport system has the capacity to carry about 60 people. The mountain is believed to be one of the oldest in the world with rocks that are approximately 600 million years old. The types of animals found on the phenomena are snakes, birds, porcupines, lizards, and frogs. The plant life is mostly endemic and approximately 2,200 species of plants are found on the mountain. 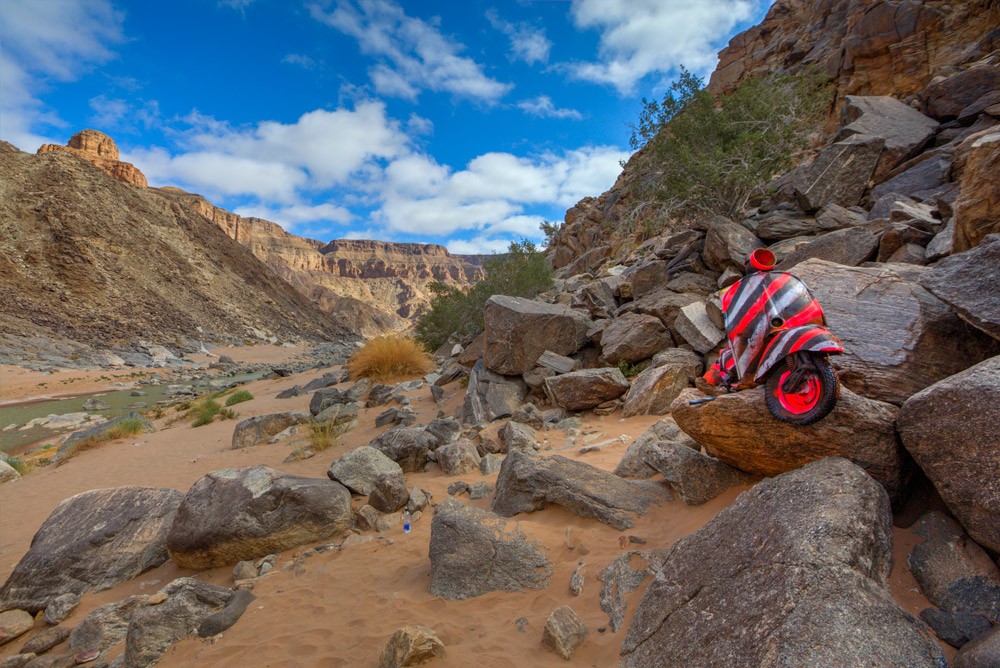 The Fish River Canyon is located in the south of Namibia close to the border of South Africa. The canyon gets its name from the Fish River in Namibia. The river is the longest in the country at approximately 403 miles making it one of the longest in Africa. The canyon formed through wind and water erosion with the help of tectonic plate movements.

The natural phenomenon stretches for 100 miles and approximately 550 meters (Link 3) deep. The formation is the second largest canyon in the world behind the Grand Canyon. The animal life includes zebras, leopards, scorpions, baboons and birds. Archeologists have found evidence of human existence dating back 50,000 years ago. The canyon is one of southern Africa’s most popular hiking trails with thousands of people visiting each year. Between the months of May to September, visitors can safely and comfortably hike the canyon. The river is seasonal and only flows from January to April. 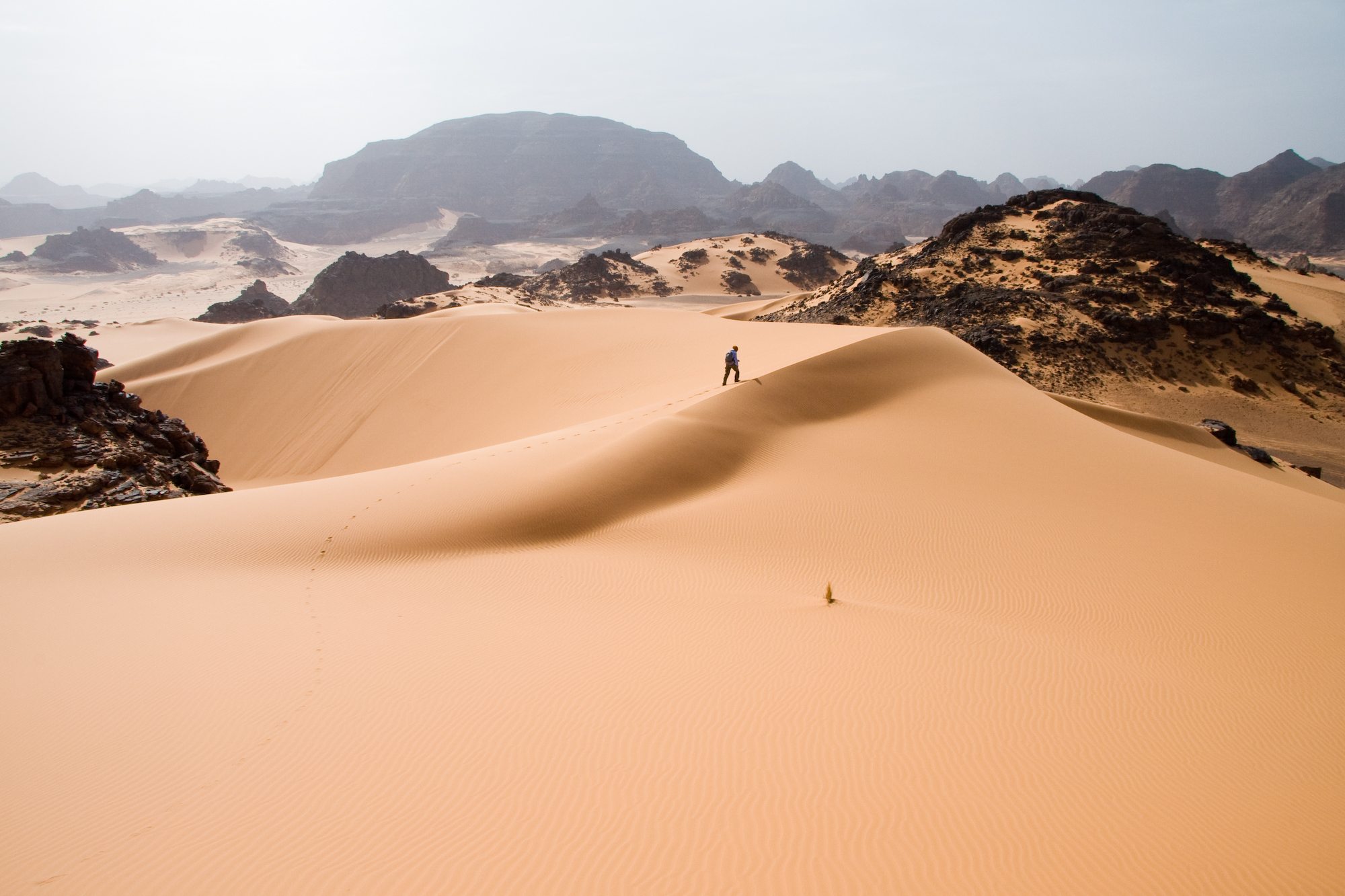 This desert is the third largest in the world and stretches for approximately 3.6 million square miles across North Africa. Can you guess the name of this landmark? The Sahara desert has sand dunes that reach up to 590 feet in height making it a massive sea of soil. The desert covers parts of Algeria, Chad, Egypt, Libya, Morocco, Mali, Mauritania, Niger, Sudan and Tunisia. The natural wonder is home to different animal species like cheetahs, scorpions, and camels among others.

The Sahara is made up of sand seas, sand dunes, stone plateaus, gravel plains, mountains, rivers, oases and dry valleys. The daytime temperatures are as high as 86 and 100 Fahrenheit respectively. Strong winds called the sirocco (Link 4) originate in the Sahara with winds blowing at 62 miles per hour. A dry landmark, the desert only receives about 3.9 inches of rain per year.

Despite the extremely dry conditions, plants and trees are still found in the Sahara. Acacia trees and palms are able to survive high temperatures. The first European explorers to tour the Sahara were Friedrich Horneman in 1805 and Mungo Park in 1806. 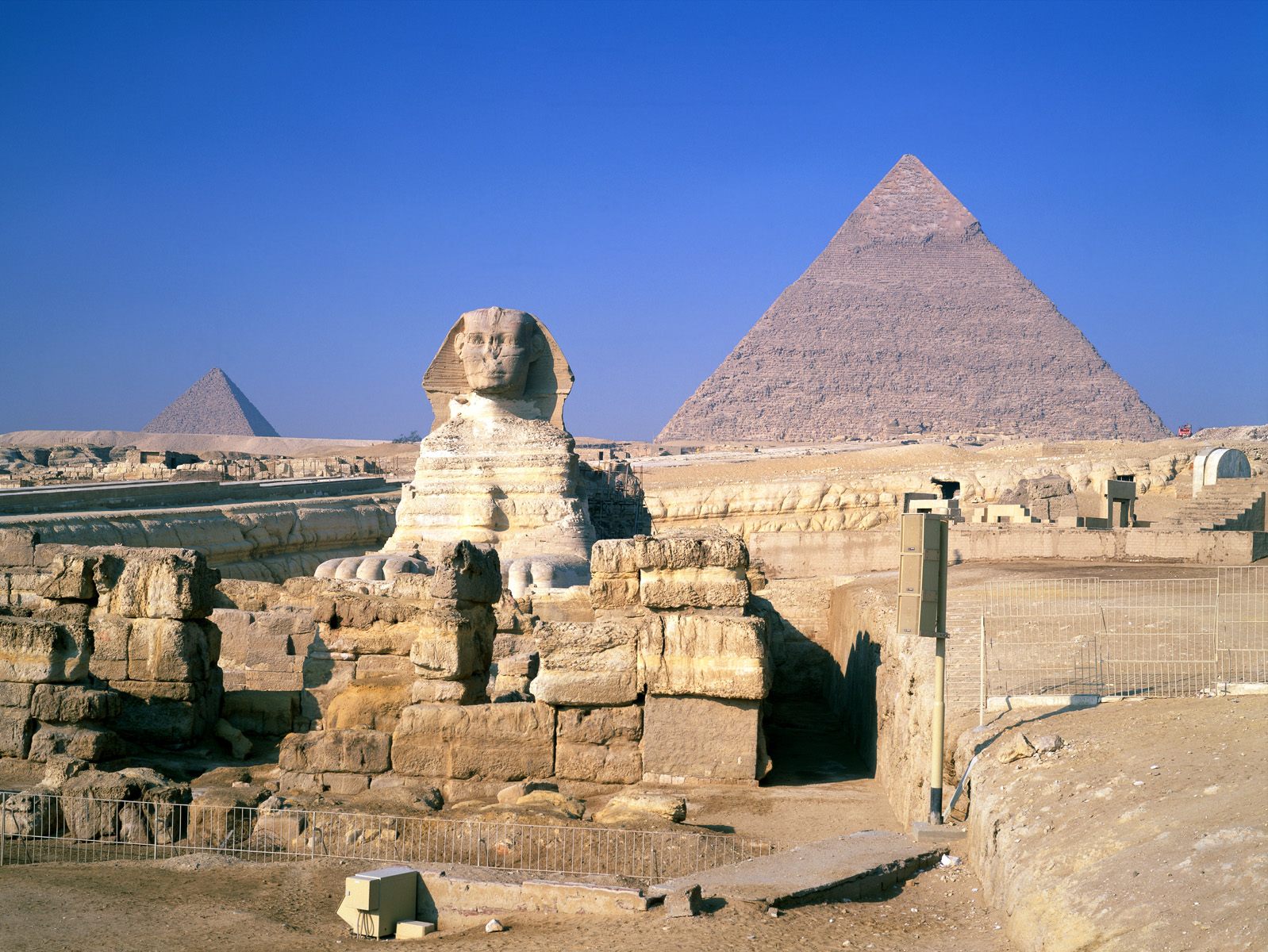 Believed to be one of the most magnificent man-made structures in history, the Pyramid of Giza stands tall on the outskirts of Cairo. After approximately 4000 years, the pyramid is still generating debate as to who built the historical landmark. Approximately 2.3 million blocks of stone averaging about 2.5 tons each (Link 5) had to be cut and assembled to build the pyramid. The sides of the pyramid’s base average about 755.75 feet and a height of 481.4 feet. The phenomenon was constructed for Khufu who was the second of the eight kings of the fourth Egyptian dynasty.

The pyramid was used to bury Egyptian kings and establish a tradition. The angled sides symbolizing the rays of the sun meant to help the king’s soul ascend to heaven. To properly care for the king’s spirit, the corpse would be mummified and the body would be buried with everything it needed in the afterlife.

According to Greek historian named Herodotus, it took about 20 years to build the Pyramid of Giza and a workforce of 100,000 men. In recent years, archeological evidence has indicated that it took the labor of about 20,000 people. The pyramid continues to attract millions of visitors from around the world each year. 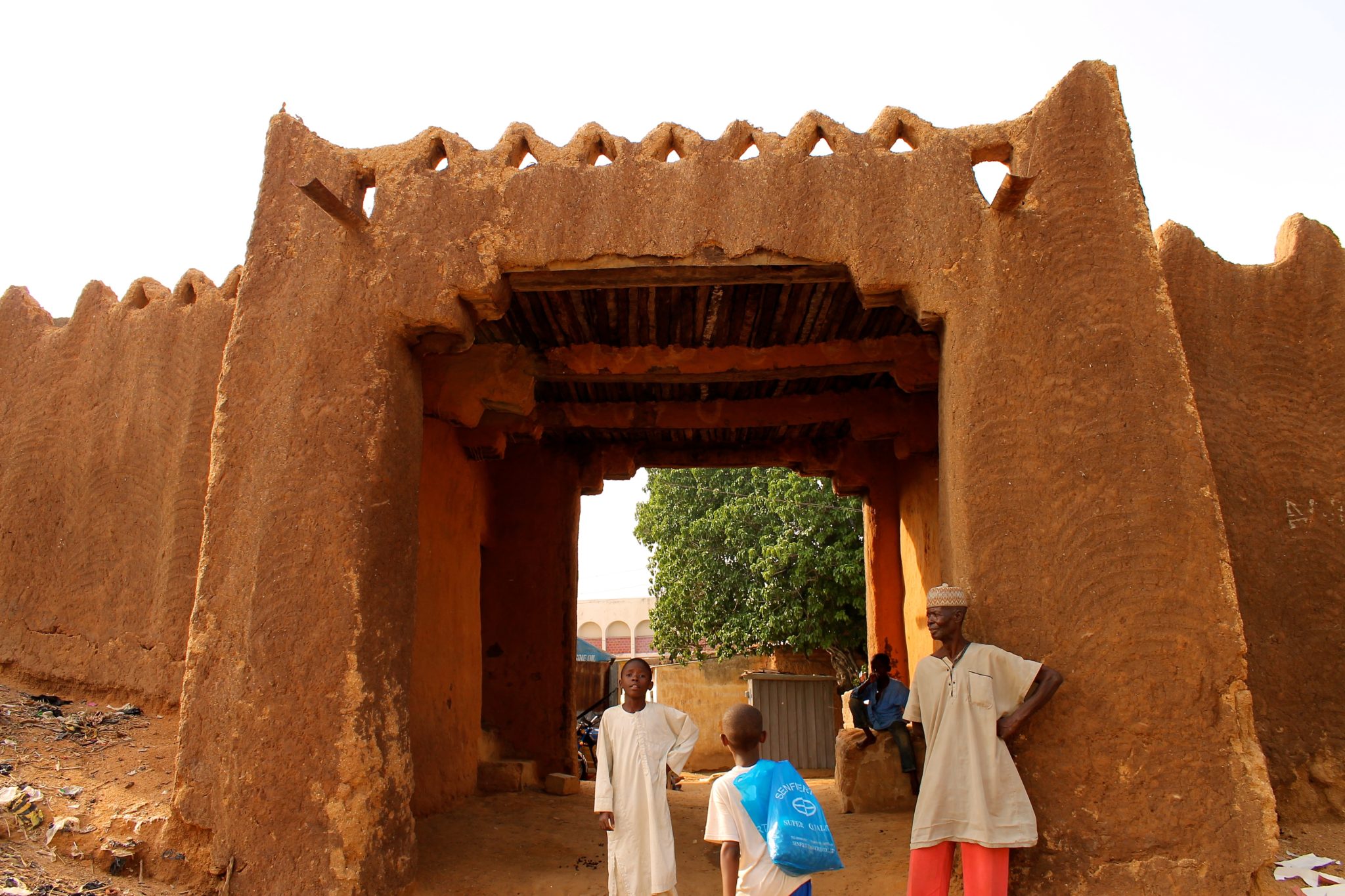 Built in order to provide security for a growing population, the Kano City Walls are an 8.69-mile radius man-made structure in northern Nigeria. Sakri Gijimasu initiated (Link 6) the construction of the walls from 1095-1134. The walls were completed in the middle of the 14th century during the reign of Zamnagawa. The man-made structure had gates that controlled the movement of people in and out of the city. Built using mud bricks and logs of wood, the walls stood at a height of about 50 feet after construction. Archeologists visit the walls to conduct research each year and make ground-breaking discoveries.

The Kano City Walls are a major tourist destination welcoming people from all around the world. 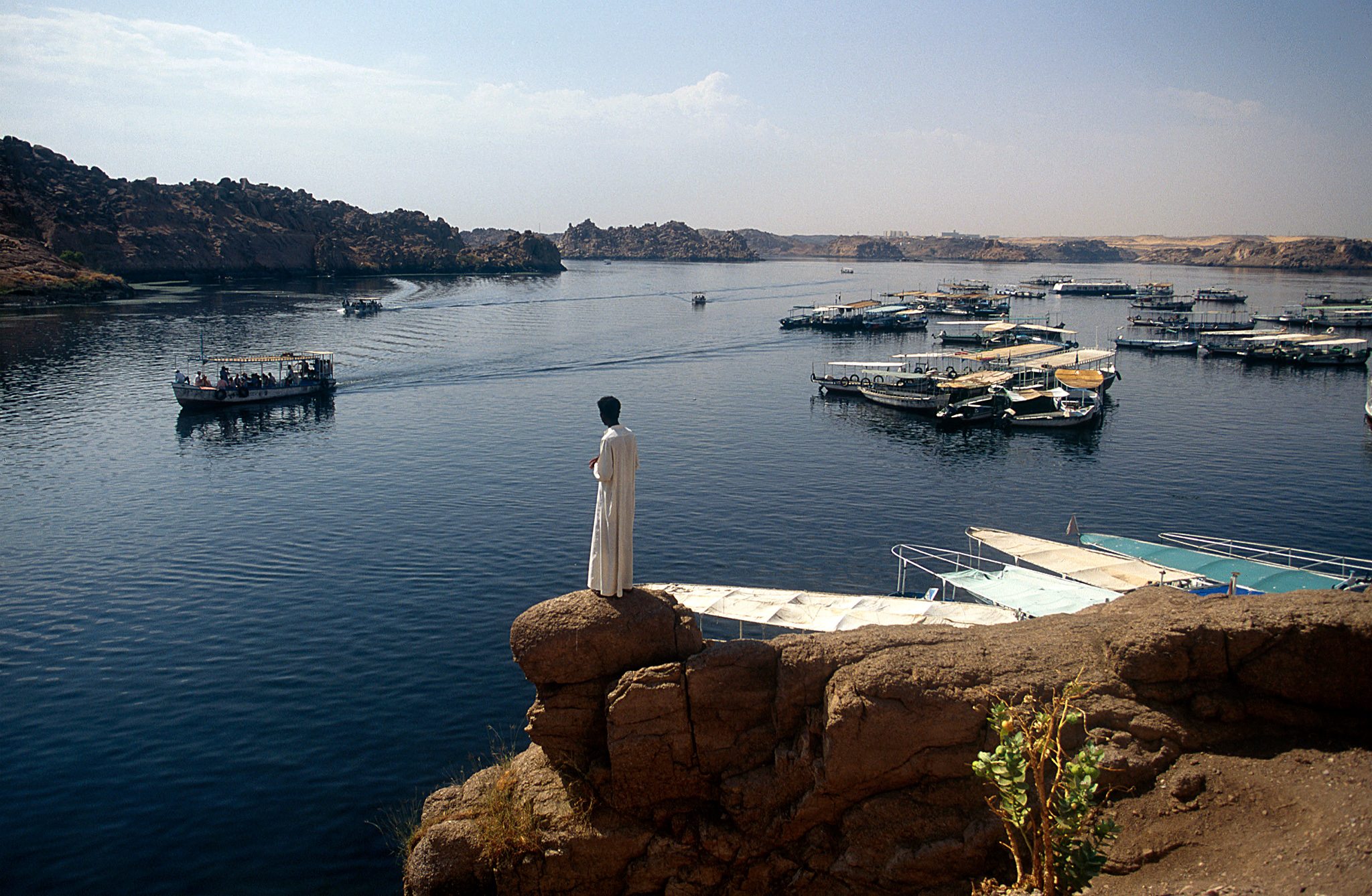 Africa is home to one of the longest rivers in the world. The Nile River is the world’s longest with a length of about 4,132 miles and spreading across an area of about 1,293,000 (Link 7) square miles. The Nile waters flow at an average of about 79.2 billion gallons per day.
The river basin includes parts of Rwanda, Tanzania, Kenya, Burundi, Uganda, Ethiopia, South Sudan and Egypt. The river is formed by three streams which are the Blue Nile, White Nile, and the Atbara. In ancient times, the Nile helped in the advancement of civilizations and transportation that made trade easy.

The Nile contains different species of snakes, hippopotamus, rhinoceroses and crocodiles. The name ‘Nile’ originates from the Greek word ‘neilos’ which means river. Millions of people visit parts of the Nile to take pictures, ride on boats and for sightseeing. 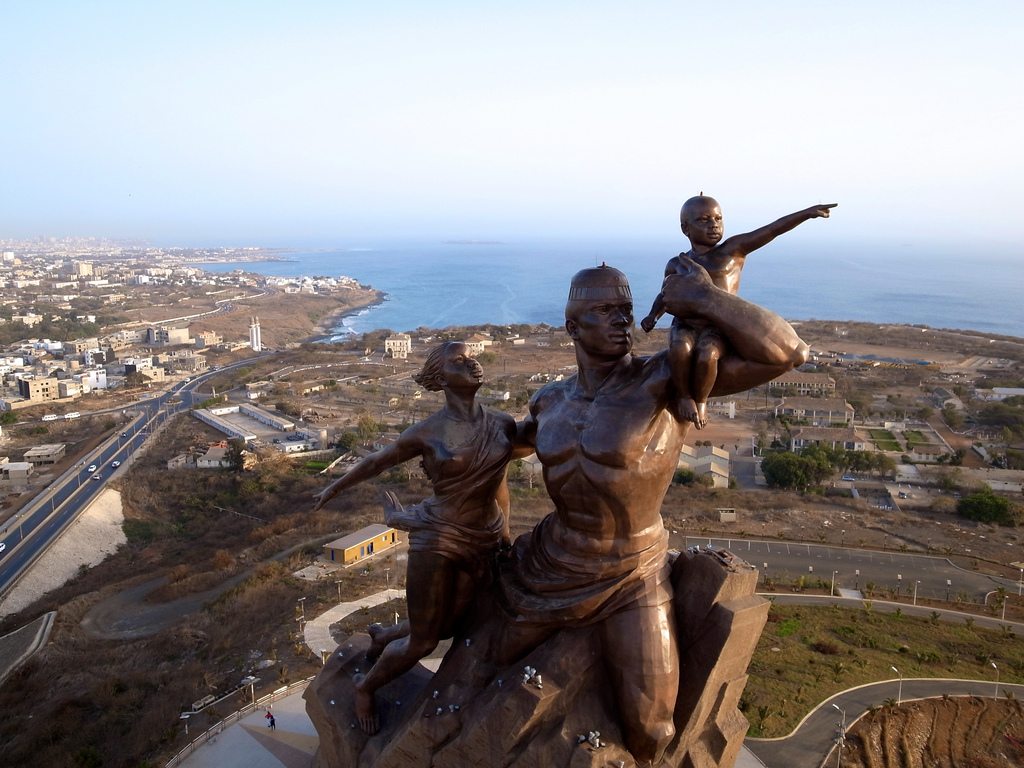 Located on a hill in Dakar, is a bronze statue overlooking Senegal’s capital city. The African renaissance monument stands tall at a height of 160 feet(Link 8) and represents the importance of family in African culture. The statue which was inaugurated in 2010 shows a man holding his child and a woman. The child points ahead indicating Africa’s glorious future, while the woman extends her arm behind to indicate the continent’s troubled past. A man with a bare chest torso holds the child in one arm while guiding the woman with the other arm.

The statue was designed by a Senegalese architect named Pierre Goudiaby Atepa and co-signed by former Senegalese President Abdoulaye Wade. Today, the architectural masterpiece continues to attract visitors from all parts of the world. The must-visit monument contains conference rooms, cultural exhibitions and a floor at the top of the statue that allows visitors a bird’s eye view of the Atlantic Ocean. 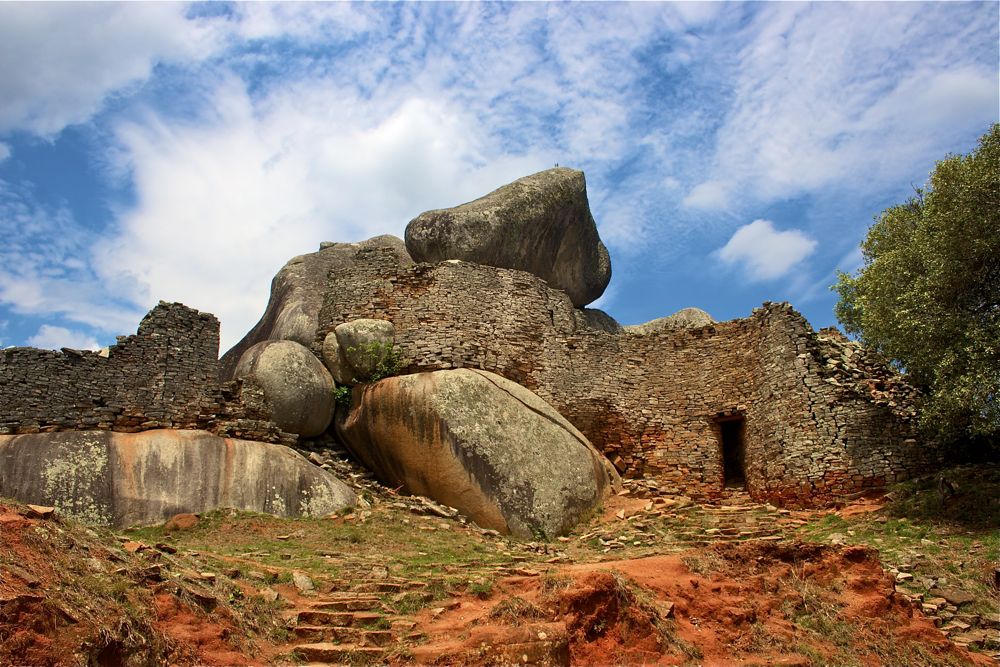 Magnificent stone ruins of an African city are found in the southeastern part of Zimbabwe and situated about 19 miles from the town of Masvingo. The Great Zimbabwe ruins were built in the 11th century and were home to a population of about 20,000 local Shona people.
The construction of the ruins was carried out using granite boulders and rectangular rock blocks. The walls have a width of about 20 feet and a height of 36 feet (Link 9). In addition, the monument was built using no mortar but the large granite boulders are still stacked together after thousands of years.

The ruins are divided into three main areas which are the Hill Complex, the Great Enclosure, and the Valley Ruins. Soapstone figurines in the form of a bird were found at the ruins and later became a national symbol found on the country’s flag. Items like gold, Chinese porcelain, and metal ornaments provide evidence that Great Zimbabwe was engaged in extensive trade with other nations. The ruins became a national monument and selected as a UNESCO World Heritage Site member in 1986. 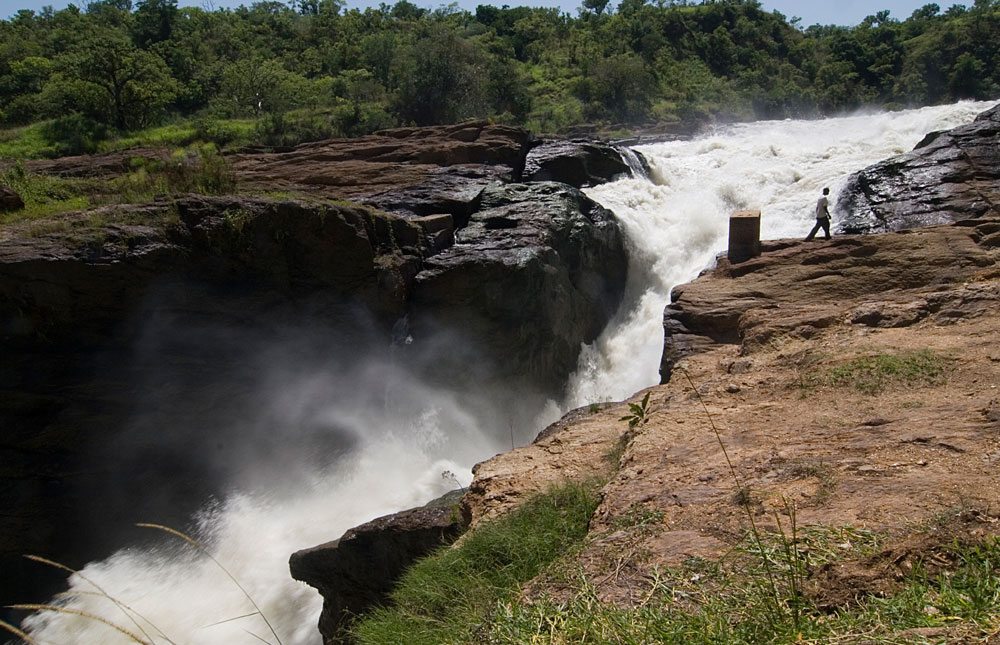 The continent of Africa is blessed with numerous national parks and a variety of animal species. The Murchison Falls National Park in Uganda is located where the Nile runs through a narrow gorge that becomes a river. The park was established in 1952 and occupies an area of about 1,483 square miles.

The park contains a variety of vegetation comprised of savannah, woodland and riverine forests. In addition, the park is home to Africa’s “big five” animals which include elephants, buffalos, rhinos, lions, and leopards.

The nature wonder is halved by the Nile River and the falls are 120 feet in height and 23 feet wide. In addition, the water pours over the falls at a speed of around 11,000 cubic feet per second. Visitors can enjoy sailing on a boat or hiking.
Famous people who have visited the park include Prime Minister Winston Churchill and

President Theodore Roosevelt. Churchill described the park as “Kew Gardens (Link 10) and the zoo combined on an unlimited scale.”

*Previously published in All Black Media