BERLIN, Germany, March 19, 2018,-/African Media Agency (AMA)/- Speech by Minister of State Niels Annen to the German Bundestag in the debate on the extension of the UN peace mission in South Sudan (UNMISS):

Madam President,
Ladies and gentlemen,
Fellow members of this House,

I expect you feel the same way I do. Looking at the situation in South Sudan requires strong nerves. The country, which achieved independence seven years ago, is now entering its fifth year of civil war. I think there are various aspects of this conflict that need to be mentioned here.

Firstly: the humanitarian situation has got even worse. It is easy to say that, but anyone who has taken a closer look at the situation will find it almost inconceivable. There are 2.5 million refugees from South Sudan in the neighbouring states and two million internally displaced persons within the country itself. That, ladies and gentlemen, makes it the world’s third-largest refugee crisis. It is the worst crisis in Africa since the genocide in Rwanda.

In 2018, seven million people will be dependent on humanitarian assistance. The fact that the parties to the conflict and particularly the Government repeatedly place obstacles in the aid workers’ way is disastrous. Last year alone, 28 aid workers died. This behaviour by the Government, and by all the parties to the conflict, is unacceptable. Ladies and gentlemen, there is another frightening figure to be mentioned, and it is one that illustrates the extent of the catastrophe: two million children in South Sudan are not going to school today because of the conflict.

The second point is this: the human rights situation as a whole is, as a United Nations report documents, characterised by violations of the most fundamental humanitarian principles. A climate of impunity prevails. The press, the public, civil society and especially human rights defenders are under enormous pressure. Ethnic violence is being stoked and very deliberately used as a political tool.

The third aspect is perhaps one that allows a little bit of optimism. The regional organisation IGAD has managed, in part with support from the Federal Government, to get all the parties to the conflict around one table at last. A High Level Revitalisation Forum met in December and again in February for two rounds of negotiations at which it tried, basically, to get the various parties to the conflict talking. And, yes, ladies and gentlemen, there is now a ceasefire. But you will also be aware that it is breakable, and it is being broken, sometimes on a daily basis.

In close coordination with its partners, the Federal Government is pursuing an integrated approach towards stabilising the country. The mission we are discussing today, UNMISS, is a vital instrument in these endeavours.

We are, as I have said, trying to tackle a humanitarian disaster. The United Nations expects the aid organisations working in South Sudan to need 1.72 billion dollars this year alone to provide concrete humanitarian assistance. For those among us who are not routinely concerned with the issue, let me make it clear once again: we are not talking here about providing help for reconstruction or funding for long-term structures. We are talking about saving lives and ensuring survival. The Federal Government has made almost 170 million euros available for this since 2016, and 19 million euros this year alone. Ladies and gentlemen, the Federal Government is committed to this engagement. It will continue this engagement and, if I might say so, given the situation, it is absolutely crucial that it does.

Why am I talking about humanitarian assistance in the debate about UNMISS? There is a simple reason. Without UNMISS, it would be impossible to protect the aid workers. Without UNMISS, an estimated 200,000 people in the UNProtection of Civilians sites would be left utterly defenceless in the face of the violence. But UNMISS is also on the ground throughout the country, wherever possible, wherever the security situation allows. That too, ladies and gentlemen, is something we support.

What we want to see is a real improvement in the human rights situation – I mentioned the UN report a few minutes ago – but we are also concerned with the political consequences. We know from other conflicts too that impunity encourages violent players to continue to concentrate on brutal war. That is why documenting the crimes committed – an initiative we have been supporting for many years not only in South Sudan but also, for example in Syria – is an important signal. It is intended in doing so to make it clear that the actors cannot simply assume that they will escape punishment just because there might be peaceful development and a peace settlement. That is why this is an important task.

The UN has asked us for support. Again and again we do whatever we can to ensure that these issues are on the agenda of the Human Rights Council in Geneva. And now I ask you, fellow members of this House, for the German Bundestag’s support in this important endeavour. I thank you for making the necessary funds available.

However, we are also seeing this process being undermined by representatives of all parties to the conflict, including the Government of South Sudan. And so it is right and proper that sanctions have been imposed on individuals, including by the EU. I believe this is an important political signal, a demonstration of resolve, a sign that such behaviour will have consequences. Ladies and gentlemen, we are determined to continue to pursue this policy in order to support the fragile peace process.

Here, too, UNMISS is indispensable. Because, when it comes down to it, what does UNMISS do? UNMISS helps to safeguard the talks; it supports the organs which want and have to implement the agreements reached in the talks. This primarily means monitoring the agreed ceasefire.

If we look at our engagement, then we can, I believe, see that it certainly does act as a signal: on the one hand – and I say this first – for our soldiers in South Sudan, who are working in staff positions and as military observers in extremely difficult conditions across the country. I think we owe them all gratitude for their commitment.

It also acts as a signal for the humanitarian workers. Their work needs to be safeguarded, and they need a sign of support.

Last but not least, ladies and gentlemen, we must signal to the people of South Sudan that we are not giving up hope, and that we stand ready to support the reconstruction process, because they want to build up their own young country along with us. We should play our part in this.

Thank you for your attention. 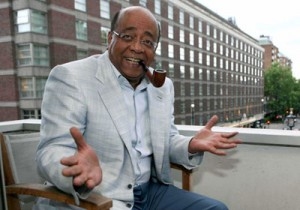