It has been reported that children are being used for various activities relating to the upcoming elections, which violate the rights and well-being of these children

FREETOWN, Sierra Leone, March 6, 2018,-/African media Agency (AMA)/- Politicians and political parties engaging in Sierra Leone’s forthcoming elections should ensure that children are protected from any social unrest and are not manipulated for political gain, according to the United Nations’ Children’s Fund (UNICEF).

“As we enter the electoral period, children must be kept out of harm’s way,” said Dr. Hamid El-Bashir, UNICEF Representative in Sierra Leone. “It’s important that all parties consider building a safe and promising future for children, who constitute more than half the population. But it’s important that democratic processes shouldn’t endanger children’s security or exploit them.”

Election periods tend to be times of heightened social tension, which can spill-over into unrest. In the worst cases, election disputes can lead to death and violence, with families at risk and schools closed for extended periods. Unrest in any form is not good for the development of a society as it can stop or reverse development and lead to confusion, danger and damage to infrastructure. In situations of violent conﬂict, girls, boys and women are at greater risk of kidnapping, trafﬁcking and sexual violence, including rape.

“As Sierra Leone approaches the election on 7 March, I am appealing to all political party actors to stay away from children and their environment,” said Mrs Kadi Buya-Kamara, Director of Children’s Affairs at the Ministry of Social Welfare, Gender and Children’s Affairs. “Children are not legally allowed to vote; therefore, it is very important not to involve them in any political party activities such as rallies, illegal use of alcohol and drugs, and the distribution of campaign materials. Parents, teachers and caregivers should make sure that children are well protected.”

“It has been reported that children are being used for various activities relating to the upcoming elections, which violate the rights and well-being of these children,” Chief Superintendent of Police, Aiesha Nanayaa Bangura, Head of the Police’s Family Support Unit. “We appeal to political parties and politicians involved in the elections not to exploit children during their campaign activities, and also ask parents who follow the electoral activities not to allow their children to engage in political rallies, cleaning of political party symbols or leaders. They are prone to abuse during this process.”

UNICEF is advising that children are kept away from political rallies and areas of potential violence, including taking part in demonstrations. Citizens are also urged to use discretion when sharing content on social media that could expose children to harm.

Recognising the heightened vulnerabilities for children – and especially adolescents – during the election period, UNICEF Sierra Leone is embarking on a one-year project to equip adolescents and their communities with the knowledge, attitudes, skills and practices, so that they can positively contribute to peace and stability in their community and society. With the support of the Government of Japan, education and child protection programmes will work with adolescents both in school and community settings, as well as duty bearers and community members, to promote peacebuilding and life skills.

Ghana beyond aid not a slogan; it’s doable – Akufo-Addo 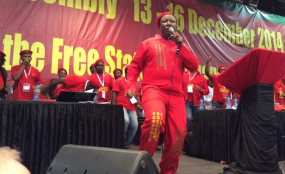