Following the controversy generated by the decision of the National Executive Committee NEC of the ruling All Progressives Congress APC to grant a one year tenure extension to its National Working Committee NWC have been laid to rest as President Muhammadu Buhari described the action of NEC as an infringement on not just the party constitution but the constitution of the Federal Republic of Nigeria.

Speaking at at the 5th NEC meeting of the All Progressive Congress party which is currently underway at its national secretariat in Abuja, Nigeria’s President said he took the decision based on advice from his Minister of Justice and Attorney General of the Federation, Abubakar Malami.
It was however reveal that while the all the leaders of the party were present at the meeting. Leader of the party charge with the reconciliatory responsibility Asiwaju B‎ola Tinubu was absent at the meeting. 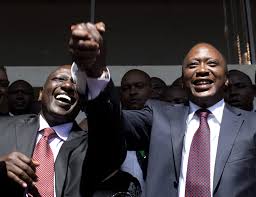