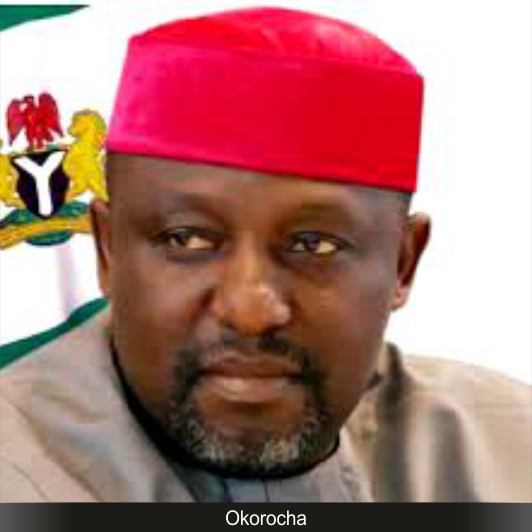 GOVERNOR Rochas Okorocha of Imo State has said nothing would stop Uche Nwosu, his son-in-law, from succeeding him as he has already been “ordained by God” and supported by 24 out of the 27 local government areas in the state.

Okorocha, who spoke through Sam Onwuemeodo, his chief press secretary, said no matter the amount of propaganda and lies being peddled against him, the resolve of Imo people to make Nwosu their governor in 2019 remained strong.

Okorocha was reacting to claims that his son-in-law, who is his chief of staff, supervised the assault on Anthony Obinna, a most reverend, the Catholic archbishop of Owerri.

He described Nwosu as a child of destiny. “This time, it is Uche Nwosu because they have seen that he is the man for 2019 with God on our side. And no amount of blackmail or tricks would change the plan of God on the young man to govern the state. It takes someone alive in the things of the spirit to know that Uche Nwosu is a ‘child of destiny.’ He has the divine mark; and anyone fighting him is fighting his God. And no one can battle with God,” the governor said.

Okorocha added: “We do not intend to bore our audience with a lengthy story to show the reason behind this latest blackmail or onslaught until Archbishop Obinna himself talks on the claim.

“However, we say this for posterity. Imo people, including youths, students, men and women have thrown their unalloyed support behind the youthful Chief of Staff, Uche Nwosu, for the 2019 governorship in the state. He has become the subject-matter as long as that issue is concerned, with APC officials and leaders from 24 out of the 27 local governments in the state having already endorsed him for 2019.”