“…it’s the Ndebeles and ZAPU and Zipra who should bear the blame.”

Zimbabwe has a dark past. For years, the Mugabe administration tried to the best of its ability to hide this past. Just like a nation that is ashamed of its history, the government went so far as to restrict this dark history from finding its way onto the textbooks and curriculum of the school (both primary and high school and even at tertiary level). This was done irrespective of the fact that other pieces of history that preceded Gukurahundi such as the failure of ESAP and the Third Chimurenga easily became academic topics at high school and at tertiary level.

With the turn of the tide last year when Mugabe resigned under pressure from the military, the Gukurahundi issue has now become the main topic of discussion almost every time a government official is interviewed by the media.

In light of this, Robert Mugabe, Zimbabwe’s former president who was the executive Prime Minister at the time of Gukurahundi recently had an interview with the Independent, a daily newspaper in Zimbabwe where he talked on many issues including the controversial Gukurahundi.

For those who might not know what Gukurahundi is all about, it is a time when the army (North Korean trained Fifth Brigade) moved into the Ndebele speaking territory in Zimbabwe i.e. Matabeleland and Midlands and unleashed a terror of violence against the Ndebeles. According to a CCJP report, around 20 000 Ndebeles lost their lives during the Gukurahundi period which intensified between 1982 to 1985 culminating in the 1997 Unity Accord that was signed between Robert Mugabe of ZANU and Joshua Nkomo of ZAPU forming a united, ZANU (PF).

As the executive Prime Minister, Mugabe at the time of Gukurahundi was the most powerful man on the land and he was also the de facto Commander in Chief of the Zimbabwe Defence Forces. By that virtue, many would think that the Ndebele massacres of the early 1980s lay solely with him. However, that is not the case with Mugabe.

Justifying why he and the government are not to blame, Mugabe took time to explain the events that led to Gukurahundi. Below is an excerpt from his interview with the Independent explaining the role of ZAPU that ultimately forced the hand of the government into action:

“If we are, to tell the truth, it’s the Ndebeles and ZAPU and Zipra who should bear the blame. We had that election, in 1980, the first one, and we won, we had 57 seats and ZAPU had 20. (Joshua) Nkomo actually wept dearly. They had operated in Angola—remember they had gone to Angola—they said let’s do in Zimbabwe what the MPLA has done; if we lose we will have Zero Hour. And they lost. So what happened? There was a ship of arms received by (the then Tanzanian president Julius) Nyerere in Dar es Salaam port, it came on Tazara (Tanzania-Zambia Railway). Because KK (the then Zambian president Kenneth Kaunda) preferred Nkomo to me, so KK passed on the arms, from the Soviet Union to ZAPU. But now after independence! So at Hwange Dumiso (Zipra intelligence supremo Dabengwa) had made arrangements underground to hide the arms. When the second shipment came, Nyerere then called me and said ‘Robert, what’s this?’ This is the second ship. Then he said ‘ask KK’. I asked Kaunda, you know Kaunda is a very soft man. He said ‘ah, my brother, if I wronged you I did so because the arms addressed to ZAPU were always going to ZAPU from the Soviet Union. I said ‘but KK, we are now independent’. He said ‘yes I’m sorry and I won’t do it again’. But the ship came and it was received by Dumiso and once again the arms were hidden in Hwange. Zipra had pledged 12 000 war veterans to join the integrated army. They left out some of their experts and in their place, because they had promised 12 000, they put mujibhas (wartime runners) to fill in those places in the army. The mujibhas were trained and they started putting on uniforms and they started earning as trained soldiers. Nothing was happening to the well-trained ones who had been left out. And they saw the mujibhas take their place for a long time and they said ‘ah no we can’t continue like this’. So some amongst them came to us, came to ED and reported that this is the arrangements we had, we put mujibhas in our place and we were left out. (They said) ‘We had arms, we hid arms here and there in Hwange’. So ED and (CIO director David) Stannard went and discovered these guns. That’s why Dumiso was arrested, that’s why he went to prison, that is why Dumiso and ED will never work together. So Dumiso was arrested. But they had already given a few weapons to some individuals who now said ‘ah is this what has happened, we have been discovered’. They started shooting in Matabeleland South and then we said okay we had a Fifth Brigade trained by North Koreans. So we said, fine, face them, you go into Matabeleland South.

Mugabe’s utterances in the role of the government in Gukurahundi is the first side which we have had from those that were placed at the top echelons of government during the early 1980s. Others among them, President Mnangagwa have decided to keep their knowledge for themselves emphasising rather on letting bygones be bygones. However, whether the Mugabe version is the truth or not, what is important at this time is that voices are now starting to emerge with details on how Gukurahundi took place and how the government was involved. With time, it’s possible that other voices will emerge from the doldrums and the people of Matabeleland will finally get the closure they so desperately need. 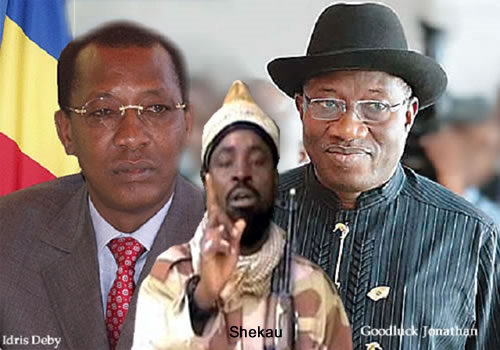