President Mnangagwa has been in office for close to three months and a half now clocking his first 100 Days in office this coming Sunday. Zimbabwean nationals and the local media adopted the 100 Day indicator used mostly in Western countries to assess the performance of Zimbabwe’s new leader.

Conflicting and divergent views have been espoused by different section of the society in appraising the first 100 Days. There are those sympathetic to the President especially members of the ruling party who argue that Mnangagwa has been a success in his first 100 Days. To support their arguments, they forward issues such as budget cuts, reduction in fuel and bank duty and also the successful reengagement drive.

There are some, however, who argue that Mnangagwa has failed. One of the most forwarded argument is that Mnangagwa came into the top office on the back of a populist rhetoric which promised jobs for the millions of unemployed and underemployed Zimbabweans. Those who view Mnangagwa’s first 100 Days state that Mnangagwa has not only failed to honour his ‘jobs, jobs, jobs’ mantra but he has also failed to pave way for job creation as there is nothing done on the ground that suggests if there is going to be changes anytime soon. Rather they state that he is on the same side of the coin with Robert Mugabe who was a master of words but no action, underhand dealings, nepotism, corruption and political impunity for the powerful is still the order of the day.

Like in any other setting, there are those who like to remain in the middle ground. These claim that Mnangagwa has been neither a success nor a failure as 100 Days is too short a time for him to produce something tangible especially considering the state of the country he inherited.

The above are the generalised views of Zimbabweans, however, below we share the views of Nick Mangwana, the ZANU (PF)-UK and Mainland Europe Chairman. To Mangwana, Mnangagwa’s first 100 Days in office have been a success, and to prove that, he cites the following.

Mangwana says Mnangagwa was true to his word when he said during his inauguration that he would create a leaner and efficient government. Mnangagwa indeed managed to abolish over 3 000 youth officer posts freeing up the government wage bill. He also culled down on foreign government delegations and reduce the number of foreign trips.

During the last days of the Mugabe regime, roadblocks had become a menace to motorists including tourists. However, since the rise to power of Mnangagwa, roadblocks in urban locations have been removed while highways linking major towns and cities only have a single roadblock.

The liquidity crisis in the country means that most transactions are cashless transactions done via mobile banking and mobile wallets. Before Mnangagwa’s ascendency to power, banks were making a fortune from bank charges levied exorbitant fees on transactions even as little as a $1. However, that changed when the government removed the 5c tax on all transactions below $10 which subsequently led banks to reduce their transaction fees. The government also did the same with fuel charges as it slashed excise duty on fuel with petrol going down from $0, 45 per litre to $0,385 per litre while diesel and paraffin duty is now pegged at $0, 33 per litre down from $0, 40 per litre.

Apart from Transnet/Diaspora Infrastructure Development Group (DIDG) investment with the National Railways of Zimbabwe (NRZ), no other investor has yet laid anything on the ground. However, there have been investment commitments by many international investors and Mangwana believes that most of them will materialise in the near future.

In a bid to deal with past government injustices and bring closure to victims, Mnangagwa signed into law the National Peace and Reconciliation Bill that established the National Peace and Reconciliation Commission (NPRC). The NPRC has toured Bulawayo and Lupane so far. Unfortunately, the NPRC meetings have been marked by some skirmishes mostly orchestrated by the Mthwakazi Group.

Of the many vices that led to the downfall of the Zimbabwean economy and erosion of the social fabric, corruption stands high above the rest. Corruption though still present today, is being tackled head-on by the Mnangagwa administration as there is now a direct line to the President’s Office to report any corrupt practices either in the public or private sector.

Significant progress has been done to make healthcare accessible and affordable for vulnerable groups. When Mnangagwa took office in November 2017, a pint of blood at the National Blood Service Zimbabwe (NBSZ) was $100 but it since gone down to $50. Pregnant women can now get blood for free while kids with cancer will only pay half the price with the balance being paid by the NBSZ. Also, all government hospitals now treat for free all children under the age of 5 and all senior citizens above the age of 65.

The reengagement drive has been a massive success for Mnangagwa. He received an invitation to the World Economic Forum. Harare has received three delegates from London in three months something that had never happened in over a decade while the country Minister of Finance, Patrick Chinamasa who is in the UK was warmly received by Boris Johnson, Britain’s Secretary of State for Foreign Affairs. Harare has also received delegates from the US and Russia, something that was unthinkable during the last years in power of Robert Mugabe. 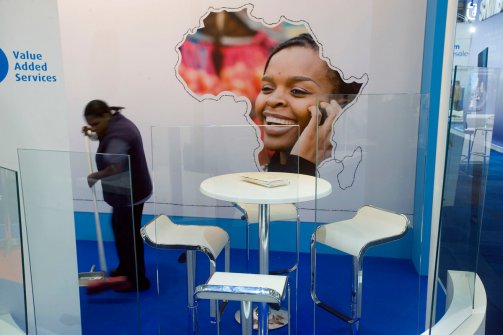