Anyone who has been on the internet since last Friday at one point or the other must have come across news pieces focusing on a firm called Cambridge Analytica or the Cambridge Analytica-Facebook scandal. It’s not always the case that most internet users’ click on news with a special focus on firms or people they aren’t familiar with or in faraway places. However, the trending Cambridge Analytica scandal should be a concern for everyone regardless of location.

Why is the Cambridge Analytica scandal a big deal for everyone including Africans?

Everyone must be gravely concerned about the ongoing Cambridge Analytica scandal because it affects each one of us directly and has influenced or possess the influence to alter our lives significantly. Firstly, the scandal occurred in the form of data mining by private firms on unsuspecting social media users (specifically Facebook but can also apply to other social media platforms). As most of us are social media users, this means it can affect or has already affected us.

Secondly, the scandal is a political machination meant at influencing the political outcome in elections, thus threatening the notion of democracy of free, fair, and credible elections. Something that affects us all.

Understanding the Cambridge Analytica in brief

The journey did not start with Cambridge Analytica, rather a psychology professor at the University of Cambridge called Dr. Aleksandra Kogan started it all, working separately from the Cambridge University of course. Kogan created an app, thisisyourdigitallife whose aim was to identify personalities of social media users and derive their behaviour. Kogan managed to get consent from 270 000 Facebook users for his app.

At some point during that time, Kogan found a loophole in Facebook and he was able to exploit it in the process increasing his app’s user base from 270 000 to 5 million (270 000 users voluntarily downloaded the app but Kogan managed to pilfer over 50 million profiles as the default terms of his agreement with Facebook enabled his app to gather data from the friends of the users who had voluntarily downloaded the app).

It is at this time that Kogan took his app and idea to Michal Kosinski and David Stillwell, two other psychologists who worked at Cambridge University’s Psychometrics Centre and had their own personality app called mypersonality developed in 2007. In 2013, Michael Kosinski and David Stillwell together with fashion forecasting Ph.D. student named Christopher Wylie started Cambridge Analytica after Christopher Wylie had approached Michal and David with a proposition to use mypersonality as a precursor to political behaviour.

Cambridge Analytica’s influence in US elections

According to the Dallas News and the Guardian, Ted Cruz was the first US presidential candidate to have used the services of Cambridge Analytica in 2013. He, however, has issued a statement saying that the firm assured him at the time that its voter methods were legit.

Cambridge Analytica was however, more involved in the presidential campaign of Donald Trump as it was the main digital campaign trail. Cambridge Analytica used its Facebook data to combine voter records and other sources and develop targeted and personalised advertising.  The firm also mapped out the areas where the candidate (Trump) should visit to garner most votes.

Cause for concern for Africa

In order for Africa to protect itself from such firms that prey on unsuspecting social media users, it’s important to know how they go about their operations so that effective counter-strategies can be formulated. The first method as reported that Cambridge Analytica commonly used was to trace one’s Facebook history, almost all the activities one does on Facebook was used to create a pattern of behaviour; ‘likes’ determined someone’s preferences i.e. liberal or conservative. Age, sex, and precise location also including the type of cosmetic or food you enjoy were all used to narrow down one’s preferences. This very same information was also used to create targeted and personalised advertising that swayed voters to the preferred candidate.

It’s probably difficult for the general populace to know if such firms are part of a country’s election especially in the absence of strong investigative journalism. However, that does not mean such firms have power over social media users, you can protect yourself, your vote and also your country by keeping your social media data secure and safe by among other things being more alert on the data you share with external websites and apps. 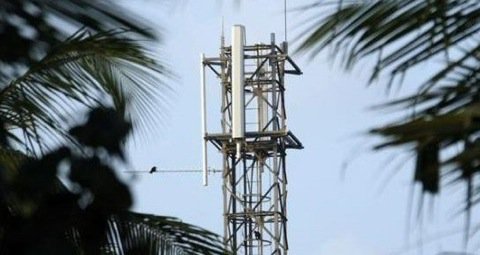