In our series of letters from Africa, Zimbabwean journalist-turned-barrister Brian Hungwe considers whether the age of the two main presidential candidates will sway voters in elections.

The candidates to watch ahead of the July poll are the incumbent, President Emmerson Mnangagwa, 75, and the opposition Movement for Democratic Change Alliance leader Nelson Chamisa, 40.

It’s the first time in the 37 years since independence from colonial rule that Robert Mugabe’s name will not be on the ballot paper.

There is a general perception in Zimbabwe that wisdom comes with old age rather than education.

By that logic, 94-year-old Robert Mugabe should have been the wisest. And yet, as he aged in power, the former president increasingly became a national liability.

He had memory lapses, displayed unnecessary aggression and became progressively beholden to his divisive and much younger wife, Grace.

Mr Mugabe, like Malawi’s late President Hastings Kamuzu Banda, who ruled from 1961 to 1994, was slowly beginning to show signs of dementia.

Despite this, the stereotype that wisdom is linked to age may well influence the next presidential election.

Elections in Zimbabwe are a source of joy for some, but often, they trigger old and painful memories. In the past decades, hundreds have been killed in pre-election violence, and as the economy began to bite, many fled abroad.

There is however renewed hope in this post-Mugabe era.

Three months from now Zimbabweans will be going to the polls. For many the choice will be between Mr Mnangagwa, the Zanu-PF leader who took power after Mr Mugabe’s forced resignation in November, and Mr Chamisa, who succeeded veteran opposition leader Morgan Tsvangirai following his death in February aged 65.

Other candidates include former Vice-President Joice Mujuru, who formed the National People’s Party after she was fired by then President Mugabe. Also in the running is former Zanu-PF minister Ambrose Mutinhiri, who left the party in March to lead the pro-Mugabe splinter group, New Patriotic Front.

The two main candidates, on whose shoulders the political destiny of the country could well lie for the next five years, are already on the campaign trail.

So will Mr Chamisa’s youth and inexperience work in Mr Mnangagwa’s favour? Or could the president’s long stint in government be his Achilles heel?

There are 35 years between the two candidates. Mr Chamisa has turned 40 – the minimum age for a Zimbabwean president – just in time for the elections.

Young MDC activists argue it is time for a “generational consensus” in Zimbabwe – meaning a youthful leader like Mr Chamisa.

This, they claim, is in line with the global trend towards younger leaders, particularly in Europe, where France’s Emmanuel Macron is 40 years old, while Austria’s Sebastian Kurz is just 31.

Mr Chamisa’s supporters seem buoyed by Zimbabwe Electoral Commission (ZEC) chairwoman Justice Priscilla Chigumba’s disclosure to a parliamentary committee that 60% of the 5.3 million people registered to vote are aged between 18 and 40. Because of this, Justice Chigumba said this year’s election will be a vote of young people.

Mr Mugabe, before he was toppled, was more than aware of this fact: he was already targeting the youth vote.

However, Mr Chamisa’s party has been a victim of internal ructions which threaten to split it, with party leaders questioning the manner in which he became leader.

When Mr Tsvangirai fell ill, the MDC’s national council appointed Mr Chamisa in his place, despite criticism from some members who wanted the party congress, the top decision-making body, to have the final say.

Violence and threats of defections are some of the issues he might have to deal with ahead of the elections. But for now, it appears that Mr Chamisa has weathered the storm.

Perhaps the issue of age will come to the fore if Mr Mnangagwa takes up Mr Chamisa’s invitation to take part in a live, US-style election debate.

I am reminded of 73-year-old US President Ronald Reagan’s re-election bid in 1984. Age was a campaign issue, with Mr Reagan having already made history as the oldest US president when he first took the oath of office four years earlier aged 69.

He was challenged for the presidency by 56-year-old Democratic nominee Walter Mondale.

It was a Baltimore Sun journalist, Henry Trewhitt, who dared to ask Mr Reagan about his health and age.

“I will not make age an issue of this campaign,” President Reagan quipped. “I am not going to exploit, for political purposes, my opponent’s youth and inexperience.”

It never became an issue again.

But Mr Mnangagwa’s opponent’s “youth and inexperience” could be a campaign factor.

Mr Chamisa has served as a minister before, in the government of national unity for five years. But Mr Mnangagwa has been in government for 37 years.

And while he may not have youth – or the promise of an entirely fresh start – Mr Mnangagwa does have a clear message.

His biggest focus is the economy. His mantra is that Zimbabwe is now “open for business”, and there are calls to re-engage with the international community. Some say Zimbabwe could join the Commonwealth again after close to a decade-and-a-half outside.

Mr Mnangagwa’s plan, as many see it, is to turn the country into an economic miracle with massive investment inflows.

It appears the international community, particularly the UK, US and Russia, have warmed to him. An election win this year would cement his legitimacy.

President Mnangagwa is promising free and fair elections, and has never once doubted he is going to win.

His critics say he could lose, as voters punish him for being a key figure in the Mugabe government.

Whatever the result of the polls, the winner has an immense task. The nation is fed up with corruption and incompetent leaders. The hangover after Mr Mugabe’s exit remains.

That more than $1.6bn (£1bn) was taken out – or kept out – of the country by companies and individuals after years of economic stagnation speaks volumes about the previous government’s laxity.

One of the winning candidate’s first jobs will be ceremonial: taking part in Heroes and Defence Day commemorations, remembering the battle against British colonial rule.

Will youth win out with Mr Chamisa as president, inspecting the guard of honour and laying wreaths at the tomb of an unknown soldier, donning a colonial presidential grandmaster’s medal and green military sash?

Or could Mr Mnangagwa – who has been there before – return to lay the wreath and usher the country into a new economic era? 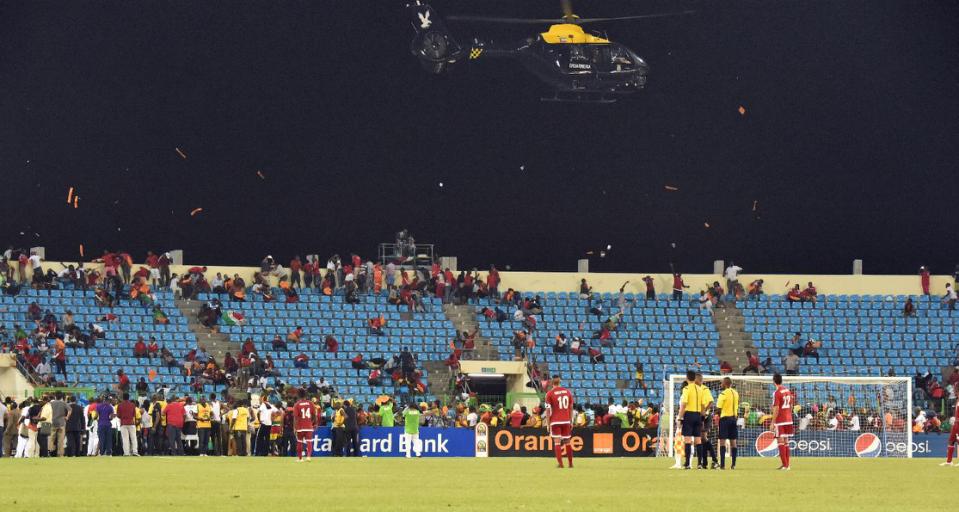