Addis Ababa (AFP) – For the first time, Ethiopia has picked a leader from the Oromo ethnic group that drove years of anti-government protests, and analysts say Abiy Ahmed faces a tricky task of reconciliation and reform.

The 42-year-old former minister of science and technology will take the reigns of one Africa’s fastest growing economies after more than two years of protests and political turmoil that led to Prime Minister Hailemariam Desalegn’s shock resignation last month.

But analysts say Abiy cannot stabilise Ethiopia unless he convinces the country’s long-serving ruling coalition to change its authoritarian ways.

First on his agenda, they say, should be repealing a widely criticised state of emergency imposed after Hailemariam’s resignation last month.

“Lifting the state of emergency is, I think, the first or most important step. Without that, there is no reform agenda,” said Awol Allo, an Ethiopian political commentator who teaches law in Britain.

Ethiopia’s spiral into crisis began in late 2015 when Oromo activists who have long complained of marginalisation condemned a government development plan they felt was unfair.

This sparked protests that would spread across the country and cause hundreds of deaths and tens of thousands of arrests.

Their grievances were targeted at the all-powerful Ethiopian People’s Revolutionary Democratic Front (EPRDF), the coalition of four ethnically based parties which has ruled Ethiopia since chasing the communist Derg regime from power in 1991.

The government declared a 10-month state of emergency in October 2016 to stop the protests, but many from the Oromo and the second-largest ethnic group the Amhara still feel alienated from a government they criticise for locking up dissidents and ignoring the demands of local communities.

“His priority should be to calm the country and, secondly, he needs to address the questions of the youth because the young people are the ones that can help our country,” Hana Dabele, a data encoder in the capital Addis Ababa, said of Abiy.

– A process of secrecy –

After organising a mass release of jailed politicians and journalists last January in a reaction to the public disenchantment, Hailemariam made the surprise decision to resign.

Shortly after, Abiy was elevated to the top post of the Oromo Peoples’ Democratic Organization (OPDO), the party representing Oromos in the EPRDF, as the coalition scrambled to find a successor.

Long seen as a tool of more powerful EPRDF factions, the OPDO had raised its political clout last year by reaching out to the protesters.

Abiy, then a top OPDO official, was part of that outreach, and Awol said believes he will continue that reform push as prime minister.

“When you look at the change that has taken place within the OPDO as an organisation, I think there is every reason to believe that Ahmed will … push some of the reform agenda set up by his own party,” Awol said.

Abiy’s election as party chairman was made by 180 top EPRDF officials in a vote behind closed doors about which few details have been released.

While some analysts believe the vote was swayed by the protests, a former diplomat in Ethiopia also highlighted the central role Oromos play in the rapidly growing economy, and the EPRDF’s desire to have Ethiopia, still one of Africa’s poorest countries, reach middle-income status by 2025.

With the entire process done in secret, Ethiopian political analyst Hallelujah Lulie said it’s unclear what promises Abiy made to other EPRDF parties to gain their support.

Aside from a decision on the state of emergency, observers will be watching what happens to 11 high-profile dissidents who were arrested this week, some of whom had left prison last month in the prisoner release.

In the countryside, the protesters are waiting.

“I will be happy if (Abiy) responds to Oromo” demands, a protester who participated in demonstrations in the restive town of Ambo two years ago told AFP on condition of anonymity.

But if he doesn’t, the protester says “Oromo people (will) not give up the struggle.”

'You don't lose, you learn' - Mikel reacts to Nigeria's setback 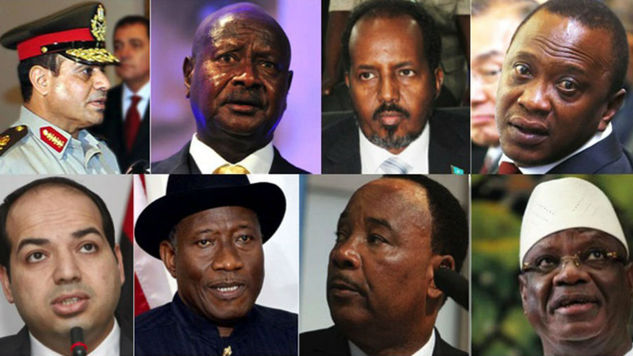