Mr. Debra was honored for his lifelong fight for the rights of persons with disabilities

ACCRA, Ghana, March 23, 2018,-/African Media Agency (AMA)/- In a ceremony held at his residence on March 22, 2018, U.S. Ambassador to Ghana Robert P. Jackson honored Dr. Rose Mensah-Kutin and Mr. Yaw Ofori Debra with the 2018 Martin Luther King, Jr. Award for Peace and Social Justice. Since 2008, the U.S. Embassy has presented the award annually to one or more Ghanaian citizens who exemplify the spirit of American civil rights leader Dr. Martin Luther King, Jr.
Dr. Mensah-Kutin was recognized for her indefatigable work as a champion for women’s rights. As director of the West African Regional Office of ABANTU for Development since 2000, Dr. Mensah-Kutin has relentlessly pursued gender equality in public policy. One of her hallmark achievements was the creation of the 2004 Women’s Manifesto for Ghana, which articulated concrete steps to address the disparate treatment women still face in their daily lives. Dr. Mensah-Kutin was a leading advocate for the passage of the Local Governance Act of 2016, which included many gender-specific provisions. In the lead-up to the 2016 elections, Dr. Mensah-Kutin led efforts to ensure women voters were given the tools to make educated choices at the ballot box. She has tirelessly advocated for the passage of the Affirmative Action Bill, and seeks constantly to empower the next generation of women leaders in Ghana.

Mr. Debra was honored for his lifelong fight for the rights of persons with disabilities. As a student leader in the 1980s, Mr. Debra lobbied the government for payment of reading allowances for visually impaired students in tertiary institutions. In January 2005, he became the president of the Ghana Federation of Disability Organizations. He mobilized disability organizations to effectively advocate for the passage of the Ghana Disability Act and for Ghana’s ratification of the UN Convention on the Rights of Persons with Disabilities. He was influential in instituting National Disability Day and coordinating media and parliamentary caucuses to endorse disability advocacy. During the 2016 elections, he urged Ghanaians to assist family members to vote if they face accessibility issues and supported the Ghana Blind Union’s work to improve accessibility of polling sites. Mr. Debra played a critical role in ensuring that all citizens could participate in the democratic process and have their votes counted.

Speaking at the ceremony, Ambassador Jackson praised the award winners for courageously taking a stand for justice.

Previous recipients of the Martin Luther King, Jr. Award for Peace and Social Justice include:

Government Activities for the Week 3- 9 September 2018 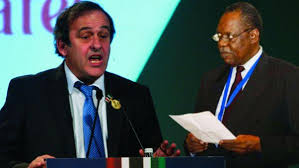