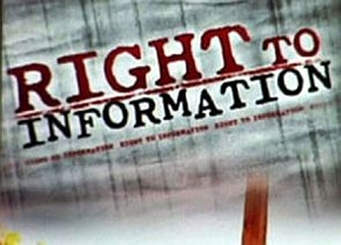 President of the Republic of Ghana, Nana Addo Dankwa Akufo-Addo has served notice he will give impetus to his fight against corruption by impressing on Parliament to pass the Right to Information Bill (RTI) before it goes on recess.

The RTI Bill has been gathering dust since 2013 when it first went to Parliament. The right to information is a fundamental human right guaranteed by the country’s 1992 Constitution and recognized as a right under International Conventions on Human rights. The bill will give substance to Article 21 (1) (f) of the Constitution which states that “All persons shall have the right to information subject to such qualifications and laws as are necessary in a democratic society”.

Speaking at the 61st Independence Day celebration at the Black Star Square on Tuesday, March 6, 2018, Ghana’s President promised the RTI will come to being to strengthen the fight against corruption.

“Fellow Ghanaians, corruption, or, more specifically, the stealing of public funds, continues to hold back the development of our nation. Corruption is not a partisan matter and we must all act to protect the public purse. With the office of the Special Prosecutor now in place we can expect more prosecutions for corruption in the coming months and public officials, present and past, should be on notice that they would be held accountable for their stewardship of our public finances,” he noted.

He added: “There is, however, one piece of the anti-corruption framework that is yet to be put in place; The Right to Information Act. It would increase transparency and add another critical weapon to the armoury in the fight against corruption. After many years of hesitation, we intend to bring a Bill again to Parliament and work to get it passed into law before the end of this meeting of Parliament.

“The protection of the public purse is a social common good, and it depends on all of us. It is in all our interest that corruption does not thrive, and we police each other’s behaviour. Going Beyond Aid means Ghanaians should not serve as fronts for foreign companies to defraud our country. It will mean we all pay our taxes, and it will mean we all help to take care of government property as though it were our own.”

He commended the Auditor General for his vigilance recently which saved the country well over Gh¢5.4 billion which “can certainly finance the Free SHS for five years.”

President Akufo-Addo said his government will continue to put in measures to block all leakages to ensure massive development in Ghana.

Land Expropriation in South Africa. Is it justified? What are the implications?