The Institute of Fiscal Studies (IFS) is predicting doom for Ghana’s economy as its debt crisis seriously worsens.

This comes barely five months after Ghana’s Finance Minister Ken Ofori-Atta declared during a presentation of the 2018 budget that the government through prudent management of the economy successfully reduced the country’s debt burden.

“This was achieved as a result of a reduction in the fiscal deficit and a policy of debt re-profiling,” the minister told Parliament in November 2017.

As at May 2017 per the breakdown of the debt numbers by Ghana’s Central Bank, the West African country’s total public debt reached GH¢137 billion, increasing by GH¢9.4billion in three months from GH¢127billion. Currently it is said to be hovering around GH¢140billion.

Speaking at a round table discussion on the theme: “Ghana’s growing Public Debt- Implications for the Economy,” the Executive Director of IFS Prof. Newman Kusi disclosed that Ghana faces a high risk debt distress or increased over all debt vulnerability as the public debt situation “seriously worsens.”

According the think tank, the situation is already placing significant burden on the economy and society, and that the country is at a risk of falling back into an extended debt trap with economic stagnation and possible increases in poverty rate leading to a possible failure in its implementation of the Sustainable Development Goals.

“But by end 2016 the debt to GDP ratio has risen to 73.3 percent and moving towards the ratios recorded during the pre-HIPC period. As a result, total public debt service to revenue has not only assumed a rapidly increasing path but has breached its indicative long term threshold,” he said, as 41 pesewas of each cedi that the government mobilizes as revenue is being spent to “pay interest on our debt.”

Debt service, according to him, now absorbs a huge part of domestic revenue, leaving the country vulnerable to shocks.

“The country has fallen into a debt trap as real interest rate continues to surpass GDP growth which has forced the country to continue committing more of its tax revenues to service debt,” he stressed. 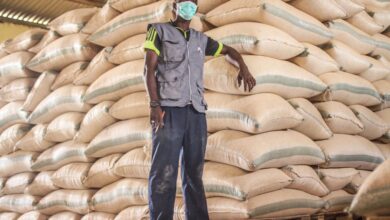