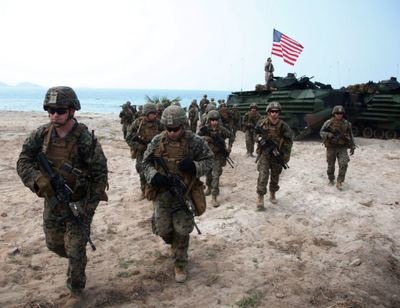 The Government of Ghana has approved an agreement with the United States of America to set up a military base in Ghana and also allow unrestricted access to a host of facilities and wide-ranging tax exemptions to the United States Military.

A document intercepted by panafricanvisions.com on the agreement, said the US military will use Ghana as a base to deploy its soldiers. US Military personnel may also “possess and carry arms in Ghana, while on duty if authorized to do so, by their orders, such authorization being made in consultation with the appropriate authorities of Ghana. Military personnel may wear their uniforms while performing official duties.”

According to the document, “United States Contractors shall not be liable to pay tax or similar charge assess within Ghana in connection with this agreement”. The US military is also authorized to control entry to the facilities meant for the exclusive use of their forces.

“This Agreement sets forth a framework for enhanced partnership and security cooperation between the Parties with the aims of strengthening their defense relationship further and addressing shared security challenges in the region, including those relating to the protection of Government personnel and facilities.

“This Agreement clarifies access to and use of agreed facilities and areas by United States forces, thereby facilitating training, including to maintain unit readiness, combined exercises, and other
military engagement opportunities.

“United States forces may undertake the following types of activities in Ghana: training; transit: support and related activities; refueling of aircraft; landing and recovery of aircraft, accommodation of personnel; communications; staging and deploying of forces and materiel: exercises; humanitarian and disaster relief; and other activities as mutually agreed.

Ghana’s Defence Minister Dominic Nitiwul strongly defended the decision by cabinet to give the United States Military unimpeded access to and use of agreed facilities and areas in Ghana.

According to him, reports that cabinet has given approval for the United States military to set up a base in Ghana is untrue and that the agreement is meant to be a “partnership in fighting terrorism to make us prepared, partnership in training our peace keepers, partnership in building the capacity of our soldiers.”

Over the next two years, he said “they (Americans) are going to spend over $20 million “providing training to Ghanaian soldiers in grants.

“So all that they have asked for is that in going with this kind of training and partnering Ghana to secure our own environment, they will be using a lot of things that they will bring in and so they need some facilities at the airport to be able to keep these things and so we have agreed with them that these are the facilities that you can use. That is what we called the agreed facilities,” Mr. Nitiwul said in the wake of a leaked document detailing how the cabinet of the West African country has approved an agreement for the World’s super power to set up a military base in Ghana.