(CNN)China raised eyebrows this month by announcing it will give the Economic Community of West African States (ECOWAS) a $31.6 million grant to build a new headquarters in Abuja, Nigeria.

Accepting the grant, the president of ECOWAS Jean-Claude Brou thanked China, and confirmed the organization’s commitment to promoting future ECOWAS-China cooperation. A press release said that Mr Brou called this a mark of goodwill from China.

But critics questioned the Asian economic powerhouse’s motives for the donation, which positions it at the center of West African politics.
Earlier this year, a published report in the French daily, Le Monde, alleged that Beijing spied on the African Union through the computer systems it helped install. Citing anonymous sources, Le Monde reported that data was transferred from the AU systems in Ethiopia to its servers in Shanghai. China’s foreign ministry called the Le Monde report “groundless accusations.”  The AU called the report “baseless.”
“People will interpret this as a symbolic expression of China’s growing presence in Africa,” says Ian Taylor, professor in international relations and African political economics at the University of St Andrews, in Scotland.
“But the real question is 60 years after independence (for most member states), why does ECOWAS think it’s acceptable for a foreign power to build its headquarters?”
ECOWAS and the Chinese Ministry for Foreign Affairs did not respond to CNN’s requests for comment.

Why did ECOWAS accept?

ECOWAS was established in 1975 to foster economic integration and collective self-sufficiency in West Africa.
Its 15 member states include one of Africa’s biggest economies by GDP Nigeria, causing Taylor and others to ask why ECOWAS isn’t self-funding the facility. Had the members split the bill, it would have cost just over $2 million each.
Philip Olayoku, project manager at the Abuja-based Information Aid Network, says the official numbers are misleading and many countries in the grouping don’t have cash to spare for such projects.
“For me, reliance on GDP is the wrong way to determine how well a country’s economy is doing,” he says. Corruption in many West African governments, he explains, means “funds that are accrued for national growth are often not where they need to be,” impairing a country’s ability to contribute effectively to bodies such as ECOWAS.

Currently, ECOWAS’ operations are spread across three buildings in the Nigerian capital, which both Taylor and Olayoku say are “outdated” and not fit for purpose. The China Development Bank Corporation will work with “an ECOWAS designated authority” to “verify records of account payments at regular intervals” throughout the construction process, according to ECOWAS.

That foreign supervision is necessary, Taylor says, shows “a general failing of the ECOWAS leadership.” “They can’t even be bothered to contribute to ECOWAS’ budget,” he says. In 2016, six nations had outstanding contribution arrears to ECOWAS. “What that means is either the organization will stop working or it will have to rely on foreign donors.”

‘No such thing as a free gift’

It’s not the first time China has constructed buildings at the heart of Sub-Saharan African politics for free.
In 2012, it handed over the ultra-modern African Union headquarters in Addis Ababa, Ethiopia. With a price-tag of $200 million, it was China’s largest aid construction project since the 1970s. In 2017, China broke ground on a fully-funded $58 million parliament in Brazzaville, Republic of Congo.
“Obviously, the (ECOWAS) building itself doesn’t mean that China is going to extend its influence, but it does send a signal that China is positioning itself as a trusted friend of African presidents,” says Taylor. “That influences all sorts of decision making processes … there’s no such thing as a free gift.”
While Beijing defends its aid practices on the grounds they are neutral and respect recipient nations’ sovereignty, Chinese money is not wholly unpolitical.
For example, African nations have long been a battle ground for China and Taiwan, officially the Republic of China, with Beijing providing aid and economic deals to nations which ditch Taipei and recognize the People’s Republic of China instead. Today, in Africa only Burkina Faso and Swaziland officially recognize Taiwan.
Furthermore, in 2016 the president of Sierra Leone, Ernest Bai Koroma, confirmed that the Communist Party of China (CPC) had agreed to build his ruling All People’s Congress party a six-story headquarters in the capital of Freetown.

As China grows as a world power, its aid programs in general are expanding globally, too. A study published last year by AidData, a research lab at the College of William & Mary, found the size of Chinese aid assistance to be much larger than previously believed.
Earlier this month, China announced plans to form an international development cooperation agency to coordinate its global aid program. Previously China had no dedicated agency devoted to foreign aid, despite giving tens of billions of dollars in overseas assistance since 2000.
“The Chinese government actually considers the details of its overseas development programs to be a state secret,” AidData executive director Brad Parks told CNN.
The AidData study found that at least 70% of China’s overseas aid was sent to Africa from 2000-2014. While the report noted that “Chinese aid substantially improves economic growth,” it also deemed the majority of spending less than effective and warned it may undermine Western efforts to use aid to promote democracy and political reform, at a time when the US is pulling back on overseas spending.
Giving developing nations buildings designed to help their political institutions prosper is part of that expanded aid program, says Aaron Tesfaye, a professor in political science at William Paterson University, New Jersey.
“We are now seeing China being a responsible nation, with peacekeeping forces in Darfur and Mali,” he says. “So I can see where financing ECOWAS is a step forward in that responsibility.”
Taylor agrees that in some African nations, such as Ethiopia where China has built a metro in the capital city and connected the land-locked country to the ocean via the Addis-Ababa-Djibouti Railway, as well as built the AU headquarters, most people see Chinese construction projects such as “positive.”
“The cultural power of China in the world today is a reality and something that is being embraced, given its economy cannot be ignored,” says Olayoku. “I don’t see anything wrong with China building the ECOWAS headquarters, as long as it does not impose its values.”
*Source CNN.CNN’s James Griffiths also contributed to this report. 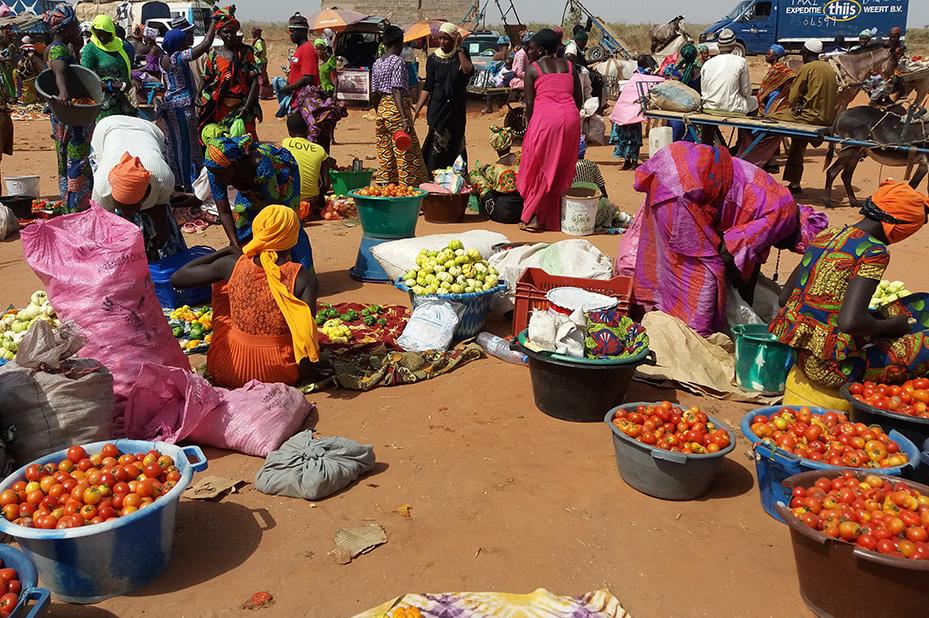