“As Chair of the European Parliament’s delegation, I have the honour of speaking on behalf of myself and my five fellow MEPs. We are members of the only directly elected body of the EU, representing 500 million European citizens. Our Parliament has been involved in election observation for over 30 years and has deployed more than 170 short term election observation delegations. These delegations – like those of other observer teams – play a significant role in promoting the legitimacy of and public confidence in the electoral process across the world.

Since our arrival in Sierra Leone we have met candidates and other representatives of many of the political parties, with the National Election Commission, the media, and with civil society, including domestic and international observers. I also had the honour of meeting the President, H.E. Ernest Bai Koroma. And, of course, we observed Election Day from start to finish.

The European Parliament delegation fully supports the preliminary findings and conclusions of the EU Election Observation Mission. I would also like to express my appreciation of the excellent work carried out by my colleague, Ms Jean Lambert, the EOM Chief Observer, and her team.

The Chief Observer has already given a thorough overview of the Mission’s preliminary findings and I therefore wish to focus on a few issues relating both to Election Day and what we discussed during our earlier meetings.

On Election Day we divided into three teams and observed in a large number of polling stations. We were impressed by the generally peaceful atmosphere in which Election Day took place, with the citizens – young and old, women and men – showing great patience as they waited in long queues, in some cases for many hours. They are an example to us in Europe. We also commend the work of the domestic observers, the National Election Commission and the polling station staff who generally displayed impressive professionalism and commitment.

And having yesterday celebrated International Women’s Day, I particularly want to applaud the women of Sierra Leone – both the voters and the polling station staff – for their commitment to the electoral process. It is a matter of deep regret that only two of the presidential candidates are women and also that there are indications that it is probable that the proportion of women in the new parliament will decrease. This disappointing trend should be reversed.

So, we welcome the many positive elements of Election Day which are all the more impressive given the short time frame to prepare for the elections. However, there are a couple of issues that I urge the Sierra Leone authorities to address.

Firstly, we were concerned at the presence in and around some polling stations of a number of representatives of political parties. These individuals appeared on occasions to be directing the proceedings – in particular the management of access to the polling stations. We strongly believe that there should be no confusion between the roles of party representatives and polling centre staff – both inside and outside polling centres. Moreover, there must be more clearly enforced guidelines on what the role of these party representatives should actually be.

Secondly, we noted that the procedures or practices in a number of polling stations, such as double checking of identification documents and management of queues, were cumbersome and delayed the processing of voters, leading to a build-up of the queues outside the stations. A streamlining of these procedures and practices would allow officials to administer the vote more efficiently.

We were also concerned about the access to many polling stations for the elderly and people with disabilities. We acknowledge the long term challenges of developing the necessary infrastructure but we believe that this is an issue that must be addressed.

However, an election is not simply about what happens on one day. And once again I fully endorse the comments made by the Chief Observer on the pre-election period.

In the last quarter century Sierra Leone has experienced many tragedies but we hope that it is now on the path to a brighter and more stable future.

The coming weeks will be critical as we wait for the results and look towards a possible second round. It is vital that all parties resolve any disputes in a peaceful manner and that there is a smooth transition of power from President Koroma to his successor.

For our part the European Parliament is totally committed to supporting Sierra Leone along its democratic path and you can rely fully on us. We stand ready and look forward to developing our relations after the election process is over.” 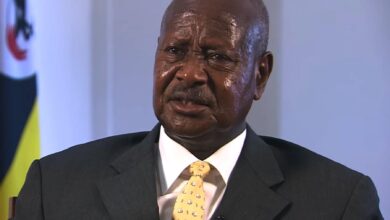