MASERU, Lesotho, March 30, 2018,-/Africa Media Agency (AMA)/- The Embassy has received information from the Lesotho Mounted Police Service (LMPS) and from local media reports stating that Maseru Bridge Border crossing will be closed on Monday April 2 due to protest by Lesotho taxi companies.
There are reports that South African border officials refuse to allow Lesotho taxis from entering SA with passengers and goods. The Lesotho taxi drivers are protesting by parking their cars across the Maseru Bridge and blocking both incoming and outgoing traffic.

The LMPS has also confirmed that a group has been permitted to conduct a protest march at the Setsoto National Stadium, on April 2 at 9:00 AM. They will proceed along Airport Road until they join the Main North 1 at Goodrich to the Cathedral Circle. They will then proceed onto Mpilo Road, and end at the Moshoeshoe 1 Statue.

The Maseru Urban Commander also stated the same procession will be held in the districts where the participants will proceed to the District Administrator’s offices.

The protest/border closure is anticipated to be peaceful, but will significantly affect traffic in the area. It will also most likely affect the wait times at other nearby border posts as traffic diverts to other border crossings locations. There may be increased police presence at the Maseru Bridge border and Sesoto Stadium area to ensure the protest remains peaceful.

Avoid the Maseru Bridge Border Crossing. Consider using one of the alternative border posts. For northern travel (Johannesburg, Clarens, and Durban), Peka Bridge is you best alternative. For Southern travel (Bloemfontein, Port Elizabeth, and the southern beaches), Van Rooyen Gate is your best alternative. Please confirm the operating times for the various border posts as some close as early as 4 PM.
Monitor local media for updates.
Exercise caution if you unexpectedly come upon a large gathering or protest.
Monitor local media for updates.
Keep a low profile.

Distributed by African Media Agency (AMA) on behalf of U.S. Embassy in Lesotho. 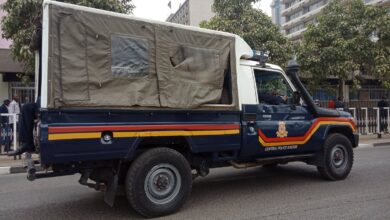