Speaking, Adamu said failure of the lawmakers to support the executive and their delay in approving appointments has caused the public to tag Buhari and his administration “go-slow”.

“Our party, the  APC, has the majority in both chambers of the national assembly, yet we hold the executive prisoner of politics that are unhealthy for the polity,” Adamu said.

“It is such a terrible irony that we sabotage our own government by refusing to do our part in support of the executive. Appointments requiring senate approval are held up. The consequence is that the public has nicknamed the President and his administration go-slow.

“The national assembly is the second arm of this administration. We cannot undermine the executive without undermining the government of which we are a part.”

He added that though the party lawmakers dominate both the senate and house of assembly, they have held the “executive prisoner of politics”.

Adamu further advised the lawmakers to retrace their steps, and reconsider their stand as “legislators on matters of public interest”.

He asked what the lawmakers would tell the populace when they return to them to re-validate their mandate in 2019.

“Perhaps, while we are consumed with sabotaging the administration and stabbing one another in the back, we forget that in less than a year from now, we shall be required to seek the people’s revalidation of our mandate to sit in these hallowed chambers. What shall we tell them?” he asked.

“I believe we need to retrace our steps and reconsider our stand as legislators on matters of public interest.” 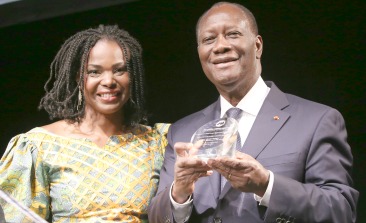