KIGALI, Rwanda, March 23rd, 2018 -/African Media Agency (AMA) /-Africa’s scientists and innovators descend on Kigali, Rwanda, for the Next Einstein Forum Global Gathering 2018 set to be held on 26 – 28 March 2018. The three-day forum brings together over 1200 leading scientists, policymakers, business leaders, civil society leaders and entrepreneurs to showcase Africa’s contributions to the global scientific endeavor and how this impacts Africa’s transformation.

The NEF is an initiative of the African Institute for Mathematical Sciences (AIMS) in partnership with Robert Bosch Stiftung. The NEF organizes global gatherings every two years in a different African country. The 2018 edition will be held in Rwanda under the patronage of H.E. Paul Kagame, President of Rwanda.
“The government of Rwanda is happy to co-host the Next Einstein Forum (NEF) Global Gathering 2018, that contributes to the Ministry of Education’s commitment to making Rwanda a knowledge based economy, and a regional science and innovation hub. We have invested heavily in attracting scientific and technological talents as we build the country’s scientific base. To this end, NEF is part of several initiatives that the Government of Rwanda is implementing. We are planning exciting side events that will inspire young students and future scientists,” said Hon. Dr. Eugene Mutimura, Rwanda’s Minister of Education.
“Far from being just another conference, the NEF Global Gathering 2018 seeks to unveil innovative scientific discoveries that are transforming the way we live and solving global and local challenges on the continent. Science is critical for Africa’s progress. The forum will demonstrate this concretely to political and business leaders to galvanize their support for Africa’s scientists,” said Thierry Zomahoun, AIMS President and CEO and NEF Founder and Chair.
Highlights of the program include NEF Fellows spotlight session revealing Africa’s top scientists under 42. The program also includes critical discussions on driving innovation through Africa’s digital economy, accelerating Africa’s lab to market process, introducing the low carbon circular economy concept, science leadership and changing the way we learn, global science power dynamics, climate smart agriculture, precision health, bridging the gap for women in science and technology and specialized sessions on energy, artificial intelligence in health, fintech, Blockchain, smart cities and physics.
“Johnson & Johnson Innovation is a flagship supporter of the NEF Global Gathering, and we are proud to help bring together women and men in the sciences from all over Africa as well as innovation and policy leaders from across the globe. Together we are pushing the boundaries of innovation, championing science and building relationships that help drive good health and economic development in Africa and around the world,” said Mrs. Seema Kumar, Vice President of Innovation, Global Health and Policy Communication at Johnson and Johnson.
The NEF will also run its research driven innovation competition NEF Ci2i where 16 finalists will compete for $25,000 prize (each) in the three categories of data and deep tech innovations, climate smart innovations and personalized health innovations.
The NEF will also unveil its NEF Community of Scientists led journal Scientific African on the 26th March 2018.
The NEF Global Gathering 2016 had 1258 participants from 79 countries. As in 2016, it is expected that the NEF Global Gathering 2018 will be have 60% of participants under 42 and 40% women. “We are committed to promoting scientific excellence and gender equity. We believe the two go hand in hand, improving scientific output and outcomes for African citizens and the global community,” said Mr. Zomahoun, President and CEO of AIMS and Chairman of the NEF.
What: NEF Global Gathering
When: 26 March – 28 March 2018
Where: Kigali Convention Centre, Kigali, Rwanda
Who: Media and Science Community
Website: http://gg2018.nef.org/ (All sessions will be livestreamed)
Distributed by African Media Agency (AMA) on behalf of the Next Einstein Forum.
About the Next Einstein Forum
Launched in 2013, the Next Einstein Forum (NEF) is an initiative of the African Institute for Mathematical Sciences (AIMS) in partnership with the Robert Bosch Stiftung. The NEF is a platform that connects science, society and policy in Africa and the rest of the world – with the goal to leverage science for human development globally. The NEF believes that Africa’s contributions to the global scientific community are critical for global progress. At the centre of NEF efforts are Africa’s young people, the driving force for Africa’s scientific renaissance. The NEF is a unique youth-driven forum. At our headline biennial scientific events, 50% of participants are 42 or younger. Far from being an ordinary science forum, the NEF Global Gatherings position science at the centre of global development efforts. The next NEF Global Gathering will be held on 26-28 March 2018 in Kigali, Rwanda. In addition, through our Communities of Scientists, we showcase the contributions of Africa’s brilliant youth to Africa’s scientific emergence through its class of NEF Fellows, who are Africa’s top scientists and technologists under the age of 42, and NEF Ambassadors, who are the NEF’s 54 science and technology ambassadors on the ground.

Annual Meetings of the Boards of Governors of the African Development Bank Group: “Accelerating Africa’s industrialization” 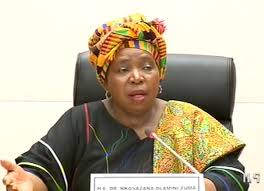 Benin to host the Fourth Annual Meeting of the Ouagadougou Partnership 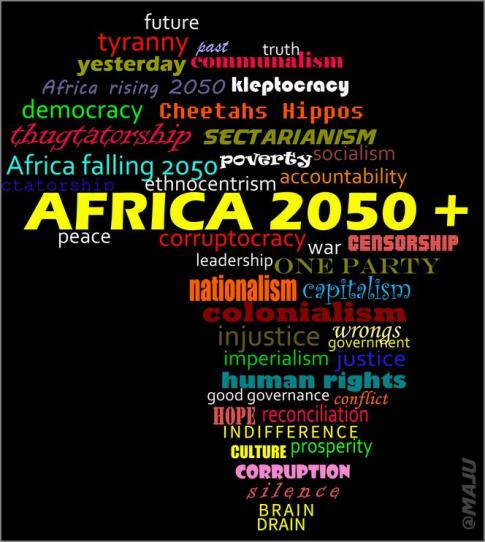 Light at the end of the tunnel for the “Dark Continent”?