Zimbabwe and Botswana have revived talks on the construction of a railway line that would link the two countries to Mozambique.

If the project succeeds, it would become one of the most notable infrastructure projects in the region, as it would link more than two Southern African Development Community countries.

The railway line is expected to link Francistown in Botswana, Bulawayo in Zimbabwe and the Mozambican port of Techobanine to facilitate enhanced regional trade.

Moyo said the matter was one of the items under discussion during Zimbabwe President, Emmerson Mnangagwa’s state visit to Botswana last week.

“There were a lot of talks that we held with our colleagues in Botswana on economic projects that will facilitate greater regional integration.

“One of the projects that we talked about was the construction of a railway line, which will be a tripartite agreement between Zimbabwe, Botswana and Mozambique. The plan is that this railway line will get to the port in Mozambique thereby laying the platform for enhancement of trade,” he said.

Moyo said the three countries are now working on timelines to facilitate implementation of the project.

“This is going to be a win-win project for all the three countries. Respective Ministers from all three countries are now working on this deal and we have set the timelines for feedback.

“We are also going to review the agreements that have been already signed and give ourselves timeframes for implementation as prescribed by these agreements.”

Moyo said the three countries’ Governments as well as private partners are expected to provide funding for the project.

In 2016, the three countries signed a memorandum of understanding (MoU) for the project.

According to that MoU, each country is expected to provide US$200 million towards the cost of the project with the rest of the work to be done through public-private partnerships (PPPs).

Upon completion, the venture will facilitate inter-regional trade through the movement of passenger rail traffic and up to 12 million tonnes of goods per annum through the three countries. 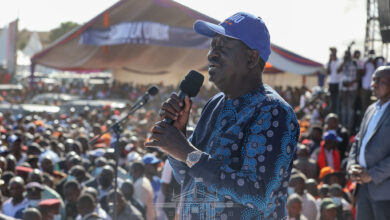