Senegal line-up four friendlies ahead of World Cup in Russia 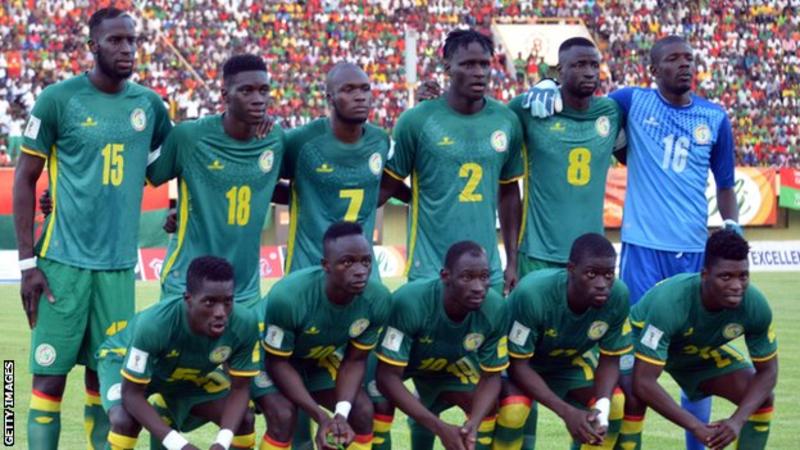 Senegal will play in Group H of the World Cup in Russia, alongside Poland, Colombia and Japan.

The Senegal Football Federation (FSF) has confirmed that the Teranga Lions will play Uzbekistan, Bosnia and Herzegovina, Luxembourg and Croatia in friendly internationals ahead of the World Cup in Russia later this year.

The West Africans will play Uzbekistan in Morocco on 23 March, Bosnia and Herzegovina four days later in France, Luxembourg on 31 May and Croatia in Zagreb on 8 June.

Senegal see the Eastern Europeans (Bosnia and Croatia) as similar opposition to Poland who they will play in their opening Group H fixture at the World Cup.

FSF officials are also seeking an Asian or a South American opponent for a friendly date on 12 June ahead of the tournament in Russia.

The FSF president Augustin Senghor announced at a press conference on Tuesday that the team will not be playing at home in Dakar in June.

“The team will have most of their preparation camp in Vittel (northeastern France). It was a decision taken because of the weather in Senegal in June and the current state of the pitch at the Léopold-Sédar-Senghor stadium (in Dakar),” Senghor said.

“The choice of a training base in Vittel was strictly chosen by the coach Aliou Cissé.

At their first and only World Cup appearance in 2002, Senegal – led by then captain and now coach Aliou Cisse – reached the quarter-finals and beat a star-studded French side in the group stages.

This time around, Senegal will have to get past Poland, Colombia and Japan in Group H of the tournament in Russia.

The Teranga Lions will begin their World Cup Group H campaign against Poland on 19 June in Moscow before they play Japan on 24 June and then Colombia four days later.