As the Trump Administration settles on business, trade, and investments as the cornerstones of its African policy, democracy and governance must be added to the dynamic says Ambassador Robin Sanders of the FEEDS Advocacy Group.

Talking to PAV recently in a phone interview, Sanders who served as Ambassador to Nigeria and Congo, believes that good business, trade, and investment can only thrive better in the right democratic environment, with sound principle of governance that can help sustain development.

To Ambassador Sanders, these two tangibles, democracy and governance are crucial because all facets of development are undermined if there is no security, and if the political environment is not open. Business, trade, and investment promotion cannot thrive in an unstable environment, she said.

In reference to the recent unfortunate remarks by President Trump referencing Africa in derogatory slurs, Ambassador Sanders described them as inaccurate and unfortunate. She went on to say that, the views certainly did not represent the perceptions of Americans. It is for this reason that she joined some 77 other former U.S Ambassadors who served in Africa to put distance between themselves and the American people from the remarks of the President.

“We wanted to show that the perception was not only inaccurate and untrue, but certainly not a representative of how Americans feel about a continent of 1.5 billion people,” Ambassador Sanders said.

Though unfortunate, Ambassador Sanders said the whole debacle actually helped in opening the eyes of the current US administration on the need to build a relationship with Africa, and the planned visit of Secretary of State Rex Tillerson to Africa in March will be a step in the right direction, she said.

Ambassador Sanders pointed out that while the current U.S administration may have floundered in terms of making official visits, and cementing existing ties with individual countries, it however, knew the strategic importance of Africa as a business, and security partner as evidenced by the US National Security Strategy document that lays out the importance of Africa to the US security.

Conceding that many Americans still have a pre-1990 view of what Africa is as a continent; Ambassador Sander said a lot of efforts are put in by herself, other Diplomats who served in Africa, and a host of other people and groups to dispel these perceptions. Acknowledging that the anger and disappointment may take a while to cool off, Ambassador Sanders said there are many examples that point to the solidity of U.S –African relations. The U.S government still provides the largest amount of development aid to the African region.

Shedding light on the FEEEDS (Food Security, Education, Environment, Energy, Economics, Democracy-development, and Self-help) program that has kept her actively engaged on Africa, Ambassador Sanders said, the focus areas of the advocacy group are vital both for Africa, and the USA.

Discussing her book “The rise of Africa small and medium enterprises: spurring development and growing the middle class,” Sanders said it highlights the importance of SMEs in the growth and development of Africa. To Ambassador Sanders, millennials are beginning to take control of their destiny as they are building robust SMEs that are putting the continent on the world map. The book also exposes the link between economic development and security, highlighting that economic development is crucial if a country wants to safeguard its security.

Despite the regression witnessed from her assessment of the last 18 months, Ambassador Sanders said Nigeria’s democracy and civil society had really matured in recent years. The 2015 election enabled Ambassador Sanders and her team to get a deeper insight into Nigeria’s democracy and according to her, the election showed the country’s political maturity.

On Congo, Ambassador Sanders said though the country had gone through a brutal civil war, she was impressed with the rebuilding of the country in terms of infrastructure when she visited there a few years back.

Mutual respect must be underscored, Ambassador Sanders said in response to a question on the future of U.S –African ties.

“There needs to be a direct understanding that there is an important partnership that America need to have with Africa, and the people of Africa,” Ambassador Sanders said while expressing hope that misperceptions that Americans have about the continent will eventually be erased. Expressing optimism about the upcoming trip of Secretary of State Tillerson to the continent, Ambassador Sanders said the outcome maybe a change of perspective from him and the administration once he sees the realities of the emerging Africa for himself. 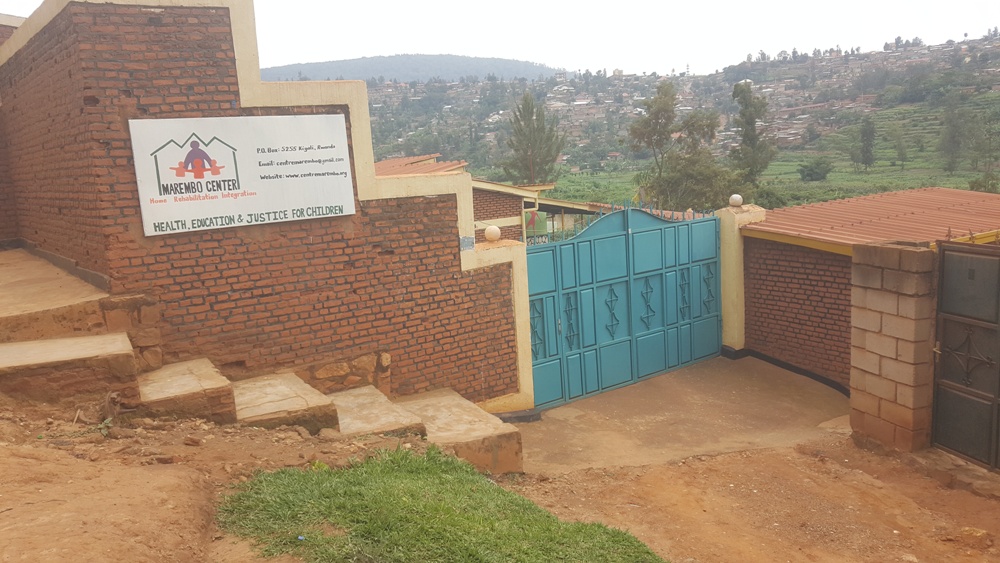