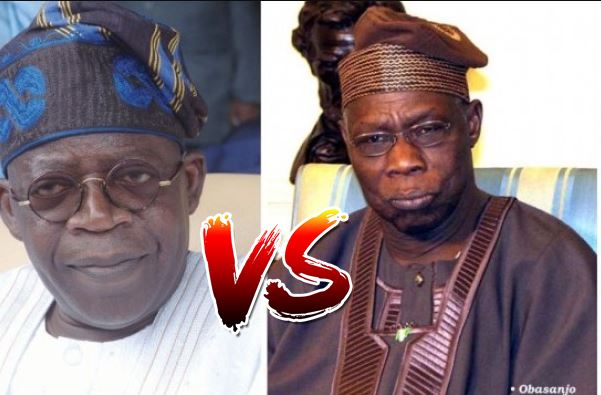 Leader of the All Progressives Congress, APC, Bola Tinubu, has described the Open letter by former President Olusegun Obasanjo to President Muhammadu Buhari advising him not to seek re-election in 2019 as ”a political game.”

Speaking in Owerri, Asiwaju said if the former president meant well, ”he would have met with the President to address the issues raised in the letter.”

The letter titled “the way out: A clarion call for Coalition for Nigeria”, asked the president not to re- run in 2019 as a result of his failure in governance.

“I believe that would have been the conversation between retired military heads of state. They have unfettered access to each other either through the Council of State or any other means; he could see the current president privately.”

“They both had the same background. He (Obasanjo) was also his senior in the army. I think Obasanjo was playing politics with the public letter. That is all I see. They also met at the African Union meeting too. He has a way of discussing with the president any time he wants.”

On the coalition championed by the former president, Mr. Tinubu refused making any comment saying it was not yet time to speak on the matter.

“The appropriate time is not now for response on the Coalition Movement but we are in a democracy, we are in a country that is a signatory to the Charter of the United Nations which guarantees free movement, free association and free speech.”

Meanwhile, Mr. Tinubu said he was in Owerri to see his “good friend” Governor Rochas Okorocha, before going down to Anambra to pay his respects to the late former vice president, Alex Ekwueme.

Western partners can’t provide military assistance to fight Boko Haram, but here’s what they can do