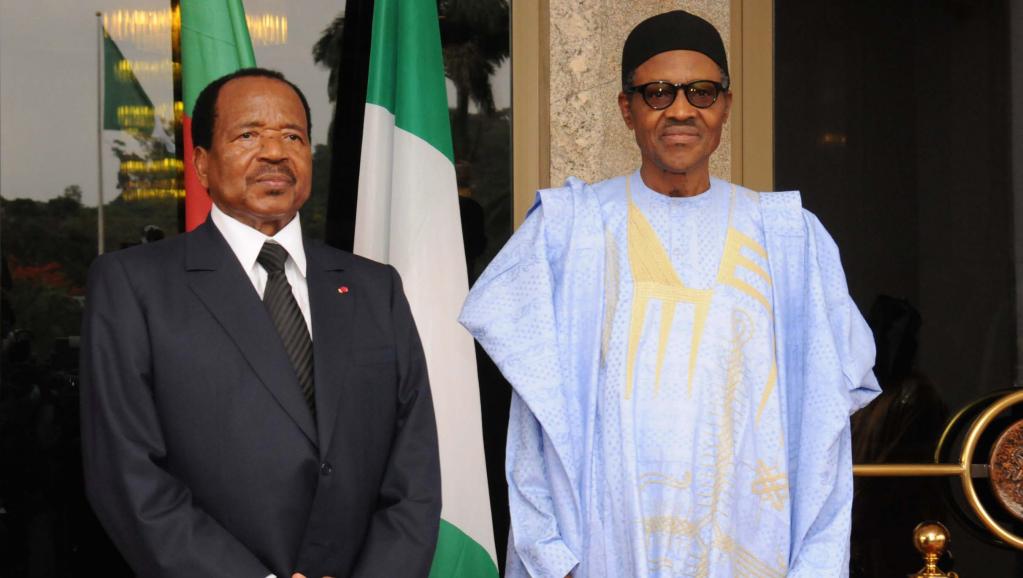 Nigerian President Muhammadu Buhari (R) and Cameroonian President Paul Biya pose for a photo in Abuja on 3 May 2016.
Photo: Stringer/AFP

The Nigerian authorities extradited 47 Cameroonian Anglophone separatists this week to face charges in Yaoundé where the government has described them as “terrorists”. Concerns have been raised by lawyers about the legality of such an extradition given the lack of any specific treaty between the two countries and outstanding requests made by the separatists for political asylum.

“I’ve not really found any particular extradition treaty between Nigeria and Cameroon,” Abiola Olagunju, Secretary General, Nigerian Bar Association, told RFI. “The nearest one that we have is the charter for the Lake Chad basin that was signed by the president in 2017.”

Ten of the separatists, including Ayuk Tabe, leader of the self-proclaimed Federal Republic of Ambazonia, were arrested by Nigerian security forces at a hotel in Abuja at the start of January.

Olagunju said specific extradition treaties exist with other countries within the Ecowas regional bloc such as Benin, Togo and Ghana, but not with Cameroon. The Nigerian lawyer spoke in general about the legal relationship between the two countries and not specifically about the case of the separatists.

“The first thing we must note is that the crimes or alleged offence must be extraditable, but not every crime or offence is extraditable in Nigeria,” said Olagunju, by telephone. “Political offences are not extraditable […] like treason, sedition and offences against the government of that state,” he added.

Ayuk Tabe is leading a campaign for the creation of a separate English-speaking entity apart from the Francophone administration in Yaoundé. Tensions in Cameroon’s Anglophone regions have grown over the past year.

The crisis began with protests over perceived marginalisation by the Cameroonian authorities. The government responded with a crackdown including curfews, raids and restrictions on travel. More recently another separatist entity called the Ambazonia Governing Council has launched attacks against Cameroonian security forces.

The Ambazonia Governing Council has been clear in its use of violence, carrying out “defensive actions” and “exercising its right to defend itself”, according to its leader Cho Ayaba. On the other hand, Ayuk Tabe has previously told RFI that he eschews violent action and has only ever called for peaceful protests.

In addition to questions over the extradition arrangement between Nigeria and Cameroon, some have highlighted that the separatists made a request for political asylum in Nigeria and registered with the UN refugee agency.

“The country director of the United Nations High Commissioner for Refugees did write to the government explaining the legal status of the refugees under international law,” Femi Falana, a Nigerian human rights lawyer who acted for the separatists, told RFI. “But in defiance of the rule of law the Nigerian government has thrown them out.”

Nigeria is a state party to the 1951 Refugee Convention and its 1967 Protocol, which cover the rights of refugees and asylum seekers. Depending on the circumstances of the separatists’ extradition, the Nigerian government may have violated the terms of these agreements.

“What the Nigerian government has done is indefensible,” said lawyer Falana. “The fear is that they are going to be put on trial and probably tried for treason which attracts the death penalty in Cameroon.”

The UN refugee agency in Nigeria and at its headquarters in Geneva were unavailable for a comment about this case despite several requests by RFI.

The Cameroonian authorities hailed the extradition of Ayuk Tabe and his separatist supporters following their arrival in the capital. The government said it underlined the close relationship between the two countries, emphasising that the extradition was perfectly legal.

“Whatever has taken place is within the framework of our laws,” Issa Tchiroma Bakary, the government spokesperson and minister of communications, told RFI. “We are a law abiding nation as well as Nigeria, our brotherly neighbour country.”

“Rest assured that no violation of the law, in one way or another, has ever taken place and will never take place,” Minister Bakary added, refusing to comment specifically on the extradition process.