President Nana Akufo-Addo has sworn in Martin Amidu as Ghana’s first Special Prosecutor at a brief ceremony at the Flagstaff House in the presence top government officials. After his swearing in, President Akufo-Addo reminded Mr. Amidu of the high expectations of the citizenry.

“The Ghanaian people expect the office of the special prosecutor to rise to the challenge and to the occasion, and collaborate with other existing law enforcement agencies to fight relentlessly and help eliminate corruption in our public life.”

“We expect the special prosecutor to discharge his duties vigorously with courage without fear or favor, ill will or malice, in accordance with the rule of law,” the President added. The former Attorney General received unanimous approval from Parliament, despite a boycott and pending suit at the Supreme Court over his eligibility for the position.

The Special Prosecutor, on his part assured the President of his resolve not to fail in delivering on his mandate to fight corruption in the country.

“I have given Mr. President my word of honor that I will discharge the duties of the burdensome you have entrusted to my care with similar integrity and honor with your support. Mr. President, I want to assure you that the propaganda about witch-hunting will not daunt me from prosecuting all corruption crimes without reference to political considerations…I will treat crime as crime and nothing else,” he assured.

The Deputy Ranking Member on Constitutional Affairs, Dr. Dominic Ayine, is seeking a declaration that Mr. Amidu, who is 66-years-old, cannot hold public office because he has exceeded the mandated age limit per the 1992 constitution. The former Deputy Attorney General maintains the Office of the Special Prosecutor falls under the broad category of public officers who by the constitution must retire by age 60 with a possible extension to 65 years.

He is seeking  declaration that “by a true and proper interpretation of Article 190(1)(d),199(1,)199(4) and 295 of the 1992 Constitution, the retirement age of all holders of public office created pursuant to Article(1)(d) is 60 years, anyhow not beyond (65).” Martin Amidu was vetted by the Appointments Committee of Ghana’s parliament on February 15, 2018, in a sitting that exceeded 7 hours. 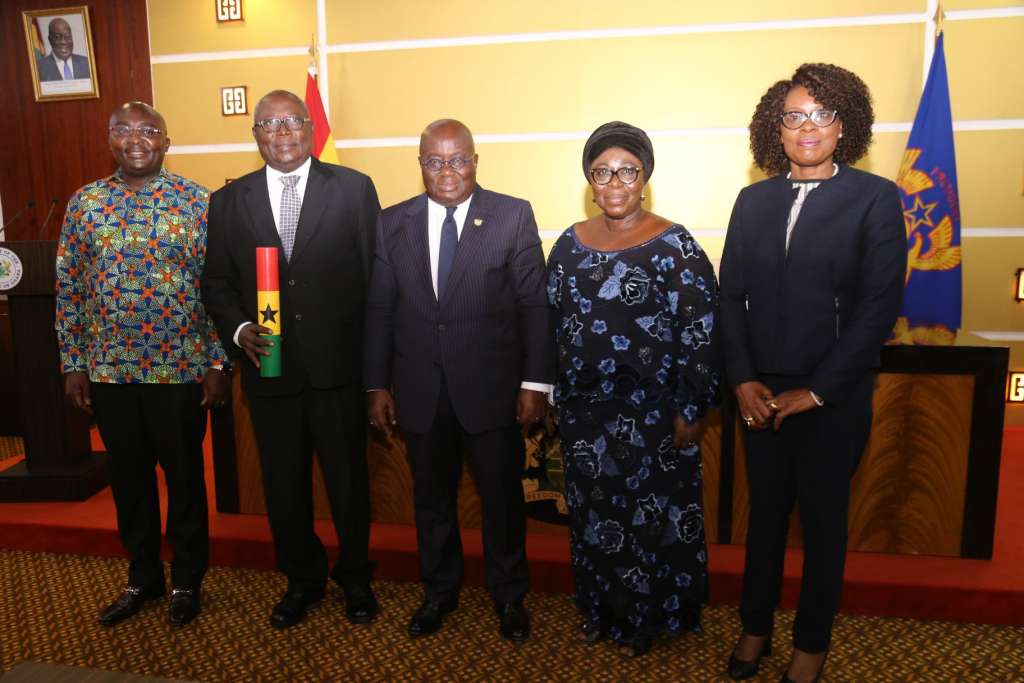 Mr. Amidu’s nomination for the position received overwhelming support from the public with many citing his integrity as the most important attribute.

His membership in the opposition National Democratic Congress has been under the radar since he accepted the job to be the country’s Special Prosecutor under an NPP government. He has also been very critical of the erstwhile Mahama administration because of the perceived tolerance of corruption within that administration.

Martin A. B. K. Amidu was the Attorney-General and Minister for Justice from January 2011 till January 2012 under the late President John Evans Atta-Mills.

He served as the Deputy Attorney-General for about the last four years of the Provisional National Defence Council military government.

After civilian rule was established in the Fourth Republic in January 1993, he continued to serve in the government of Jerry Rawlings as Deputy Attorney-General. This he did for both terms lasting eight years until January 2001.

In the December 2000 presidential elections, he stood as the running mate of John Atta Mills. They both however lost to President John Kufuor that year.

In January 2010, following a cabinet reshuffle, President Mills replaced Cletus Avoka with Martin Amidu as the Minister for Interior. As Amidu is a Builsa, some people raised questions as to his neutrality in dealing with the Bawku conflict. He, however, went successfully through vetting by the Parliament of Ghana and has since assumed his post.

Following the second major cabinet reshuffle by President Mills, Amidu became the Attorney general and Minister for Justice of Ghana.