When dreams for a career in basketball were scuttled by injurious, Badou Kane found a calling in entrepreneurship, mentoring and empowering the next generation of African Youth. From his base in Senegal, Badou Kane  is using a variety of programs, and initiatives to instill positive values, and hope in the African youth on how to turn adversity into opportunity. Pained by the travails of those who risk it all to leave Africa in quest of greener pastures; Badou is taking  on the onerous task of helping young Africans to understand that with their potential, it is possible to make it big in Africa. Entrepreneurship is not a choice, but a must for all Africans, says Badou in an  exclusive interview with PAV to shed light on his vision and projects.

Badou Kane is one of the most inspiring entrepreneurs in Africa, let’s start this interview by paraphrasing a quote we got from a talk you gave at the Cheick Anta Diop University in Senegal in July of 2014, having a positive impact on others is how Africans in all walks of life should measure leadership, in 2018, how much of this are you seeing in the continent?

I would say not much… numbers don’t lie. The fact that we have over 500 million Africans living under $1.50 a day shows that there isn’t enough sharing among us. Two things are to be shared knowledge and money in order to have a positive impact on others.

Wow! A good question with many solutions I will quote a few:

Let s start by stopping lies and getting rid of our complexes of inferiority and superiority. As long as you are on the right path do not worry about what people think of you or what you do. Then:

From your entrepreneurship and the mentorship that you have done, what difference have you succeeded in making, what are some of the positive stories that you can share with us?

Another good question. We have thousands of stories to tell. As a matter of fact we are preparing a book. You will already find lots of the testimonies on my social media pages. We have created multi-millionaires in CFA. We have kept people out of jails. We have saved families that were struggling to eat one decent meal a day today they are eating at least 2 meals a day. We have prevented people from risking their lives and dying at sea or in the desert through illegal migration (a major problem in Africa). I can go on; we have changed or impacted thousands and thousands of lives in Africa.  We have saved relationships between fathers and sons, prevented people from blaming governments and environments in general. Some of the people we trained built houses for their mothers. Let me just say that thanks to the Almighty we have done a lot through our training centers, our conferences in schools and different institutions, our interventions on TV s and radios.

You literally grew up in America; you made it there, what motivated you to move back to Senegal and any regrets?

You know that old saying: “there is no place like home”. I had a mother and father that gave a lot to Africa their names were Madeleine Sidibe and Bocar Kane. I wanted to follow on their footsteps. I remember one day we were having lunch at the house; a neighbor walked in and said that he did not have something to feed his family and my mom asked us to stop eating. We were all eating in a big bowl; she took it poured more foods in it and gave it to the man to take to his house. Then she told us to eat ” shaï” (bread and butter + hot tea) I always wanted to help develop a larger middle class in Africa. I love the fact that I was given a chance to be able to change lives and I have zero regrets. 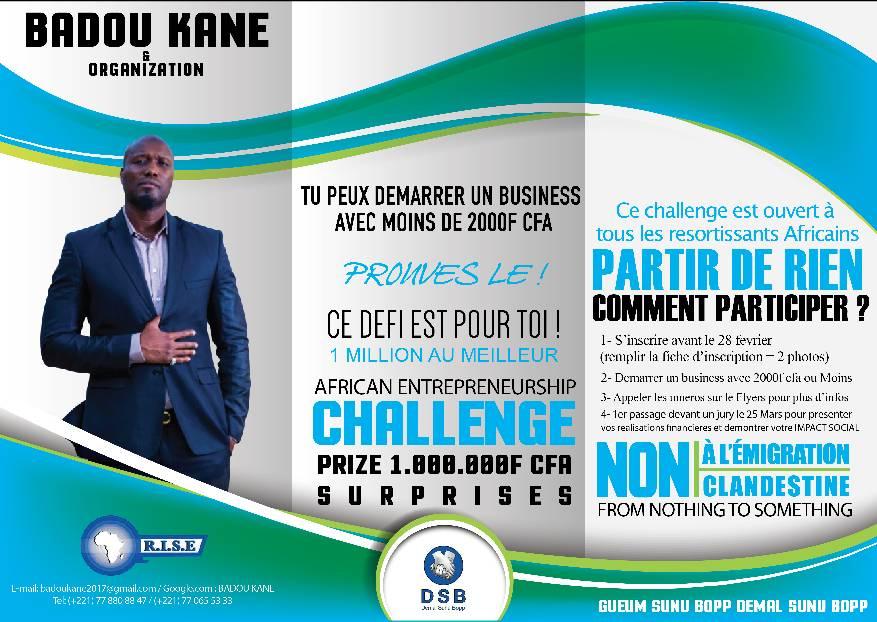 At a time when many young people are risking life crossing the Sahara, ending up as slaves in Libya, dying in overloaded boats that sink in the Mediterranean, just to get to Europe, how challenging is it to make  a convincing case to them that in Africa, they can still make it and make it big?

It’s very challenging but with a very good argument they will stay. They just want better alternatives and concrete solutions. The youth of Africa has lost the last piece of hope that they had left in them. They have been betrayed by their respective country leaders. But today we give them hope again by showing them that yes it is possible to make it here in Africa. Once upon a time the Italians and the Irish were fleeing to America; today they are proud to stay in their countries. I have faith that one day the Almighty will give us the leaders that will finally save the Africans. And our people will stay. It’s always been about Africa but not about the Africans but I can feel in the air that it is about to be about the Africans themselves as they will gain a better hold of their environment.

And on the flipside, when you look at the economic and political realities of the continent, the corruption, the leaders in power for over three decades, do you actually fault them and some may even say oh if Badou Kane did not have the opportunities he had out of Senegal, he may not be as successful as he is ,what is your take on this?

Of course our leaders are to be blamed for some of it but not all. A bad head of state can’t stop a Badou Kane from washing cars to feed his family for example. We cannot spend the next 5 decades pointing the finger at them as it is a waste of time. Let us focus on ourselves on how we can do it ourselves. It is possible as I am showing the people in Senegal. Senegal gave me a peaceful environment, and people willing to do it themselves but as far as the rest is concerned we snatch what we want through discipline and hard work. We create opportunities NOTHING is handed to us.

Could you shed more ore light on your company LXG International Inc and your other programs that are used in helping to the build the next generation of entrepreneurs in Senegal, a young Senegalese told us that within five years you have turned atleast ten young Senegalese into millionaires, is this true and if so how have you done this?

The major program is called Risk Innovation Social Entrepreneurship. I started it in Senegal on December 12 2012 to fight unemployment and poverty in Africa. I don t believe in poverty in Africa and we have the solution. Every African should be at least able to cover his basic needs of having a place to live, food to eat, a decent education, and the capability to pay for basic medical bills.

The RISE program is an entrepreneurship and leadership program that teaches any individual how to go from nothing to something. It’s a very tough program and at the end of it the best candidates receive an investment of 4 to 18 thousand dollars. Directly linked to me, 6 have made millions the rest are on the way. Indirectly, meaning those that were trained by us but went on their own, quite a few.

Since 2012 we have trained thousands and thousands of people, hundreds have started their own small businesses and we have invested in at least 15.

Another program is called DSB which stands for ” Demal Suñu Bopp” meaning it lets  do it ourselves. It is an economic movement that I created again to fight unemployment and poverty. It is a continuation of RISE, to help us raise awareness with a broader audience to teach them the same thing: how to go from nothing to something. The motto of the movement is “get richer to serve more”. There are thousands of members throughout Senegal with one thing in common, they are doing it themselves, and all we provide is the coaching through a system that allows them to get it done without the help of the government, or any form of entity. 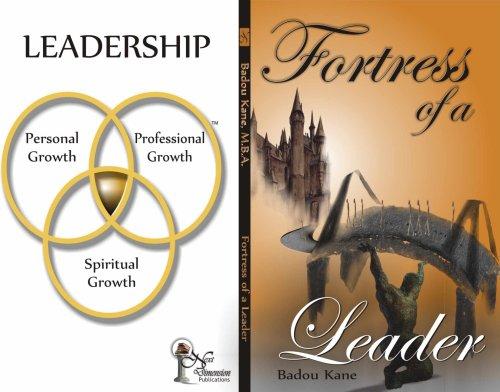 What criteria are used in selecting those who benefit from your knowledge and resources and how has the government of Senegal viewed or supported these initiatives?

The criteria are quite simple: discipline, a good heart, a willingness to learn and get better, and a capacity to grasp our teachings. The government has supported me by letting me do what I do without bothering me. I couldn’t t tell you what their views are.

One of the latest initiatives you are floating now is an entrepreneurship competition or program with the concept of people starting and growing a business with $3.50, can you shed more light on this?

We have 500 Million people living under $1.50 a day. To fight this and the illegal migration that you mentioned earlier we launched this challenge. The candidates have to start a business with $3.50 or less and a month later they will have to show their financial results and immediate social impact. There will be 3 rounds. The winner will take home about 2000 dollars and there will also be a special prize for the best female entrepreneur. The objective is to spread the fact it is possible to start with little or no money, and to help people understand that they can do it themselves.

Is this new initiative going to be limited just to Senegal or there are plans to expand the concept to other parts of the continent?

It is opened to all Africans. They can participate in Senegal.  And anybody in any given country can run with the concept and we will assist him or her.

Africa has a very strong diaspora, how can this diaspora be turned into a solid force that can participate in a more significant and impactful  way in transforming the continent ?

Our leaders have to create a healthy secure welcoming environment that will make them want to come back. In the meantime the diaspora cannot wait for our leaders. They have to at least share their experiences with the people that did not have a chance to leave the continent. For example they can try to at least share their knowledge with someone on the continent. Nowadays through social media “everyone far is close”. We need everyone in order to get this ship moving. Remember there are always two things to share knowledge and money.

You are also author of the book Fortress of a Leader, what is the message that you see to convey with the book?

Some characters that one might need to become a leader. It is more like a handy pocket guide to leadership.

A last question on how you view the future for young Africans and the continent as a whole, what are your hopes and fears?

Hopes: a new generation of very strong leaders with new foundations are on the RISE.

My fears are that our youth gets consumed by sports music dance or politics thinking that those are the only ways to make it in Africa.

Thanks for granting this interview Badou

Thanks for having me. Stay blessed Ajong. 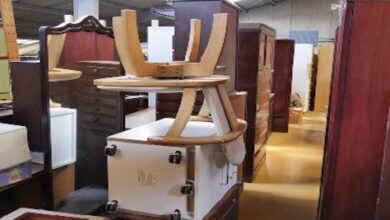 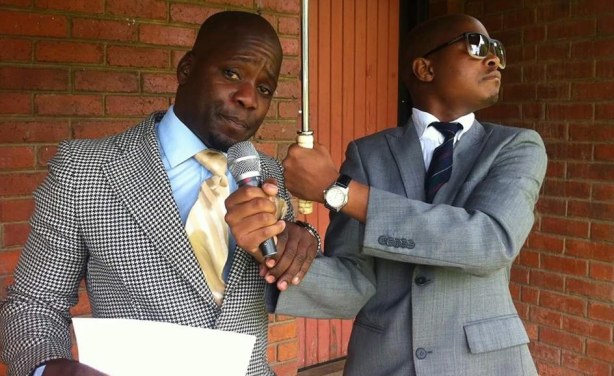