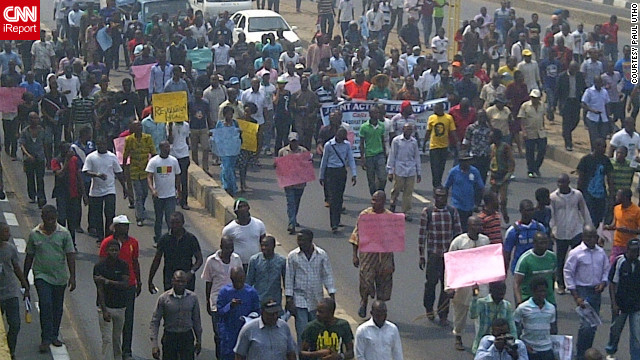 It is now appropriate, indeed imperative, for the Nigerian Left to present its own manifesto to the country. This should be in form of a people’s manifesto, a people’s charter of demands in a situation of national emergency. A people’s manifesto at this point in our history is not a dissertation-like programme of social transformation, the type of thing any Left formation should be able to produce in 24 hours. Rather, it should be a clear and concise statement of not only what the Left believes should be done to reprieve the nation from a threatening catastrophe, but also a statement of what—in alliance with other socio-political forces—the Left can mobilize the Nigerian people to do.

This opening declaration should, however, not be misunderstood as implying that without an explicitly Left intervention, the country is doomed. No. Nigeria can still be reprieved—as it was reprieved in 2015—and before that, in 1993 and at some other critical points in the country’s post-civil war history. What my proposition should be understood as implying is that if the country continues in its present course, a reprieve from catastrophe will again be a temporary or false one. And a temporary or false reprieve will, again, make the nation’s fundamental problems more acute and complex when they explode again in a conjuncture—as will surely happen again. The problems will then be much more difficult to resolve in the context and framework of a single country.

This article is, however, not the people’s manifesto as advocated. It is rather the initiation of a discussion on its contents, nature, parameters and politics. An illustration will also be provided.

A Nigerian people’s manifesto drafted and presented by the Nigerian Left should not begin with a catalogue of what a Nigerian state or the incumbent or future government should do for the people. Rather, it should begin with a self-introduction of the movement, organization or platform presenting the manifesto. There are at least three reasons for this. In the first place, the Nigerian masses have, for decades, been recipients and victims of deception from personages and entities in power or seeking power. The people are, therefore, increasingly cynical. In the second place, the Nigerian Left has a strong and enviable record of involvement in popular struggle and patriotic selfless service which it should be proud to present to the public.

In the third place, we know that in this era, it is not only speech-writers that can be hired; manifesto-writers are also hired. In other words, manifesto-writing has been professionalized. Just put the money down and say what type of manifesto you want and the scale of lies you wish to be included, and the job will be done. Although there are always differences between fake manifestoes—however beautifully written—and genuine manifestoes, most readers may not be patient enough to spot the inconsistencies and incongruities in fake declarations.

I wish to propose that the difference between a people’s manifesto drafted and presented by the Left and other manifestoes cannot be found in the “lists of contents”, a comparison of what the authors and publishers promise to deliver to the people: roads, bridges, hospitals, schools, airports, electricity, jobs, “stomach infrastructure”, etc, etc.

On the other hand, in this period of extended emergency, the “packaging” or “totality” unambiguously answers the question: Whose desperate needs are being articulated and planned for: those of the Nigerian masses or those of exploiters, predators and state-robbers who always present themselves as “the nation”? To put the matter more bluntly, does the manifesto unambiguously indicate plans to immediately redeploy the nation’s resources in favour of the hungry, the endangered and the forgotten?

An appropriate “table of contents” for a people’s manifesto in this particular period of extended national emergency in the lives of the Nigerian masses may be structured in several ways. For instance, it may have the following eight-point structure: Who are we (that is, the authors—the Nigerian Left)?; The country we now have; The country we wish to have and are committed to fighting for; Fundamental human rights; Directive principles of state policy; Social transformation; National unity, federalism and popular-democratic restructuring; and Immediate steps (on pressing needs and current crises).

Back to history. The Nigerian Left is one of the oldest ideological tendencies in Nigerian politics because the Left grew out directly from organized anti-colonial and labour struggles—both of which started in the early 1930s. By the eve of independence in 1960, popular democracy and socialism had become the clear aim of the Left.

As early as May 1961, a Leftist group in Lagos, organized by Gogo Chu Nzeribe, Peter Ayodele Curtis-Joseph, Tanko Yakassai, M.O. Johnson, J.B. K. Thomas and a few others, had, in an extended public declaration, described itself as the “organization of workers, women,  farmers and farm laborers, peasants, artisans, teachers and intellectuals, small businessmen and women, professionals, lawyers, youths, students, the unemployed, the maimed, the deformed …”

This was a clear ideological selection which the authors justified this way: “These are the people who know misfortune and therefore are capable of waging limitless and courageous struggles until victory is won”. Left out of this long list was the “indigenous Nigerian capitalist and feudal class that had emerged as the virtual successors to the British colonialists”. The group pledged to “organize, unite and lead the peoples of Nigeria in a relentless and uncompromising fight against capitalism and capitalist exploitation of the Nigerian peoples”.

Significantly, these young Nigerians opposed regionalism and declared their commitment to “one undivided Nigeria, under unitary and centralized government”. And, consistently, they declared their belief in the creation of a “Union of African States” and “one common nationality for all Africans”.

Putting itself forward as a vanguard in post-colonial nation-building, the group concluded its public declaration by repeating that it was formed to “lead the peoples of Nigeria in their just struggles for peace, friendship, national reconstruction, a better future, democracy and the triumph of socialism”.

That was the Nigerian Left about 57 years ago, just six months after independence. A contemporary people’s manifesto can proceed from here by indicating what has changed, what has remained and what has emerged.